ISLAMABAD, Pakistan: Showing a very positive gesture, the leadership of all political parties including Pakistan Tehreek-e-Insaf (PTI) participated in the funeral prayers of Begum Kulsoom Nawaz, the wife of the former Prime Minister Nawaz Sharif, who succumbed to cancer in London on September 11.

Earlier in the day, the Federal Information Minister, who is also the PTI Central Information Secretary, Fawad Chaudhry said that Prime Minister Imran Khan had formed a PTI delegation to participate in the former first lady Kulsoom Nawaz’s funeral prayers. 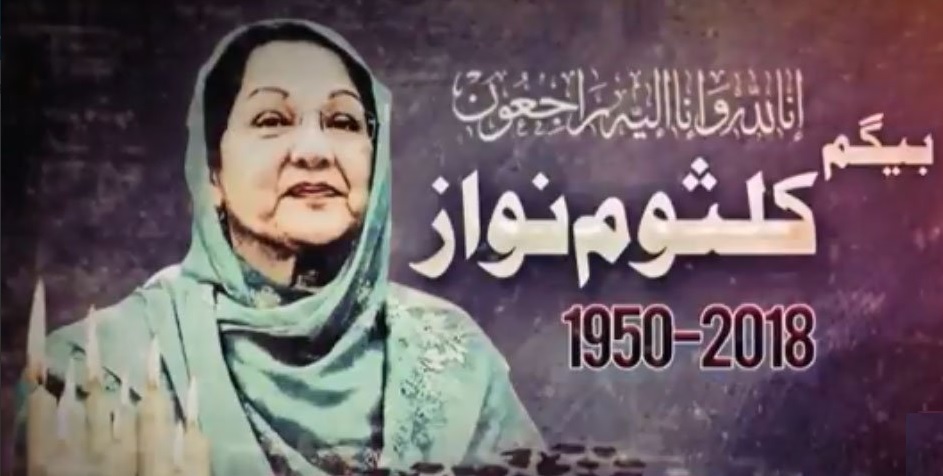 The dead body of Begum Kulsoom Nawaz was brought to Lahore from London by PIA flight PK-758 early this morning. Her body was received by members of the Sharif family including Hamza Shahbaz, and was later transported to Jati Umra via ambulance.

Prior to be flown to Pakistan, Kulsoom Nawaz’s funeral prayers were offered at Regents Park Mosque in London yesterday.

Mati
Mati-Ullah is the Online Editor For DND. He is the real man to handle the team around the Country and get news from them and provide to you instantly.
Share
Facebook
Twitter
Pinterest
WhatsApp
Previous articlePTI announces its Candidates for by-elections to be held on October 14
Next articlePakistan, Turkey pledge to continue partnership for regional peace, stability