ISLAMABAD, Pakistan: The Federal Minister for Communications and Postal Services Asad Mahmood and Federal Minister for Water Resources Syed Khurshid Shah have said that timely completion of ongoing construction projects across the Country including Sindh will not only strengthen the national economy but also build national highways. Trade, agriculture, and tourism will be promoted.

He expressed these views while talking to NHA Officials on his arrival at the National Highway Authority (NHA) Headquarters in Islamabad.

The Chairman NHA Captain (retd) Muhammad Khurram Agha gave a detailed briefing to the federal ministers about the ongoing construction projects in the Country and especially in Sindh province. 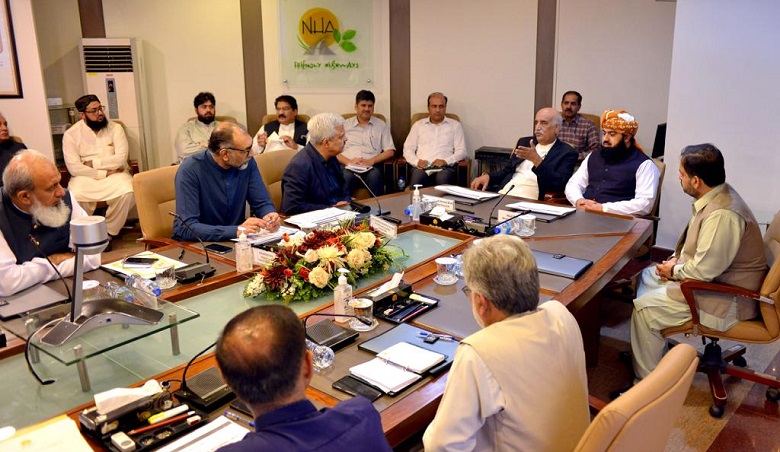 Taking a keen interest in the projects, he said that if the process of construction and development was continued at lightning speed, the completion of these projects would be expedited as per international standards.

In this regard, the construction and expansion of motorways and national highways is of special importance, which will inevitably solve not only the basic problems of the people of the area but also raise their standard of living.

Asad Mahmood assured the Federal Minister Syed Khurshid Shah and the people of Sindh that the ongoing construction work would continue.

The projects will be completed at lightning speed, he urged the NHA Officials that the spirit of honesty, integrity, and selflessness would lead the nations to rapid development.

The construction of the Motorway (M-6) is one of the priorities of the National Highway Authority.

This motorway will be completed on the basis of Public Private Partnership (PPP).

The documentation work has been done to start work on this 306 km long motorway soon.

The length of the proposed Sukkur-Hyderabad Motorway will be 306 km. 6 Attitudes 14 interchanges, Big bridge over Indus River, 6 flyovers, 10 service areas and 12 rest areas will be constructed on this motorway.

Mati
Mati-Ullah is the Online Editor For DND. He is the real man to handle the team around the Country and get news from them and provide to you instantly.
Share
Facebook
Twitter
Pinterest
WhatsApp
Previous articleFinancial Rise of PTI Cabinet Members since 2014
Next articlePM & Army Chief express grief over demise of UAE President Sheikh Khalifa bin Zayed Al Nahyan