The arrest warrant was issued by the Area Magistrate of Margalla Police Station in connection with his threatening remarks against the Additional District and Sessions Judge Zeba Chaudhry. 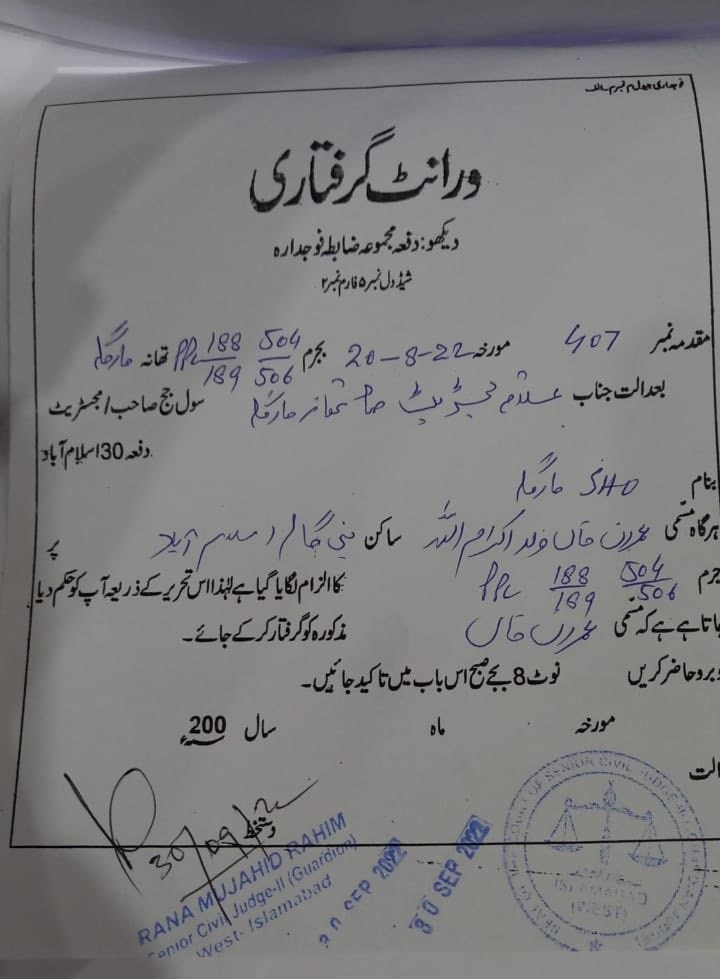 The warrant to arrest Imran Khan was issued in the Case registered on August 20, 2022 at Margalla Police Station.

While addressing a Public Rally at Islamabad’s F-9 Park on August 20, the Chainman PTI warned Judge Zeba Chaudhry of initiating legal action against her for demonstrating a biased attitude towards her party during the course of hearing of Shahbaz Gill’s Sedition Case.

Last Friday, Imran Khan himself appeared before an Islamabad Sessions Court to seek apology from the female judge; though, she wasn’t present there.