RAWALPINDI, Pakistan: The Chief of Army Staff (COAS) General Qamar Javed Bajwa enhanced defence ties between Pakistan and Australia could act as the impetus for broader bilateral cooperation in future especially in fields of education and investment in regional connectivity & trade.

The COAS made these remarks when he held meetings with representatives of Australian Civil and Military leadership during his visit to Australia, the Inter Services Public Relations (ISPR) said on Wednesday. 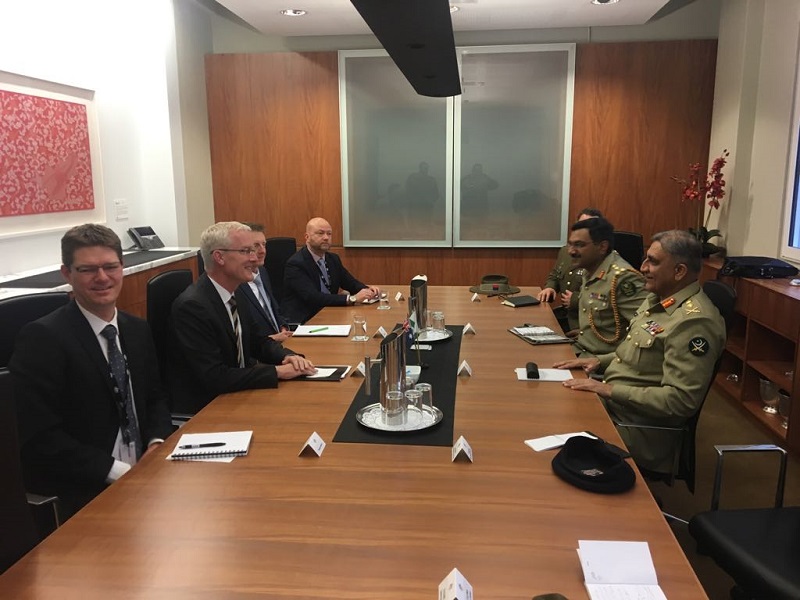 The Army Chief also interacted at Australian Strategic Policy Institute and the Office of National Assessment, both of which advice the Australian government on myriad policy issues.

Both the Australian Civil and Military leadership appreciated Pakistan’s contributions and achievements in war against terror and acknowledged sacrifices of Pakistani Nation and its Army.

The COAS said that he was extremely humbled by the Australian goodwill for Pakistan and their desire to enhance bilateral relations.

Mati
Mati-Ullah is the Online Editor For DND. He is the real man to handle the team around the Country and get news from them and provide to you instantly.
Share
Facebook
Twitter
Pinterest
WhatsApp
Previous articleIndependence Cup 2017: May The Journey Continue!
Next articlePakistan to ban terror outfit Ansar-ul-Sharia soon