However, despite the announced humanitarian ceasefire, Armenia didn’t give up its aggressive policy and deliberately continued to shell the civilian settlements with heavy artillery and missiles in blatant violation of the UN Charter, the norms and principles of international law, and international humanitarian law.

The Armenian armed forces attacked the multi-apartment building inhabited by children, women, and elderly people in Ganja on October 11.

Consequently, nine residents of the building were killed, 34 civilians got injured, and many civilian infrastructures were severely damaged. 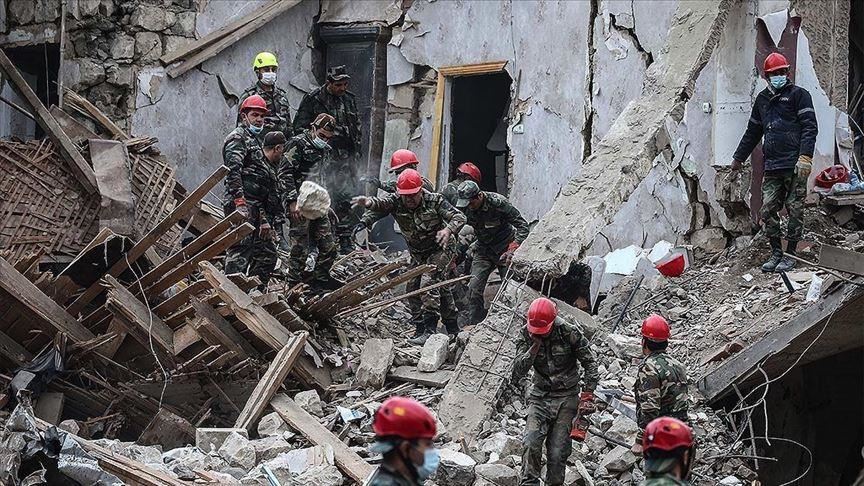 It’s worth noting that key norms of the international humanitarian law and the Geneva Conventions prohibit targeting civilians and require distinguishing between combatants and civilians, military and civilian objects in military operations.

However, the Armenian armed forces have severely damaged the densely populated Ganja City, and also the strategically important Mingachevir City, and other settlements from heavy artillery and missiles, proving once again that Armenia ignores and displays full disrespect to the norms of the international law.

Mati
Mati-Ullah is the Online Editor For DND. He is the real man to handle the team around the Country and get news from them and provide to you instantly.
Share
Facebook
Twitter
Pinterest
WhatsApp
Previous article
Former Civil Servants of India Constitute High level Committee to Examine Delhi Riots
Next article
Is Minal Khan Officially in A Relationship? Surprising Details Inside!
Share
Facebook
Twitter
Pinterest
WhatsApp