Baku, Azerbaijan: “On the night of October 16-17, the military-political leadership of Armenia once again committed an act of terrorism in the Azerbaijani city of Ganja, which is located far from the combat zone.”

This was stated by the Director of the international expert club EurAsiaAz and the editor-in-chief of Azerbaijan news agency Vzglyad.az Seymur Mammadov in an interview with Dispatch News Desk (DND) News Agency.

According to him, Scud ballistic missiles were shelled at residential buildings, as a result of which at least 12 civilians were killed and more than 40 injured.

“There are several young children among the dead. In addition, Scud ballistic missiles were also fired at the city of Mingachevir. Fortunately, there were no casualties, as the missiles were defused in the air. The barbaric actions of Prime Minister Pashinyan are a kind of act of genocide against the civilians of Azerbaijan,” commented Seymur Mammadov.

Since the beginning of the aggravation of the conflict in Nagorno-Karabakh, the cities of Ganja and Mingachevir have already been subjected to rocket attacks. The last time, on October 11, as a result of a missile hit in one of the residential buildings in Ganja, 10 people died under the rubble and more than 34 people were injured. 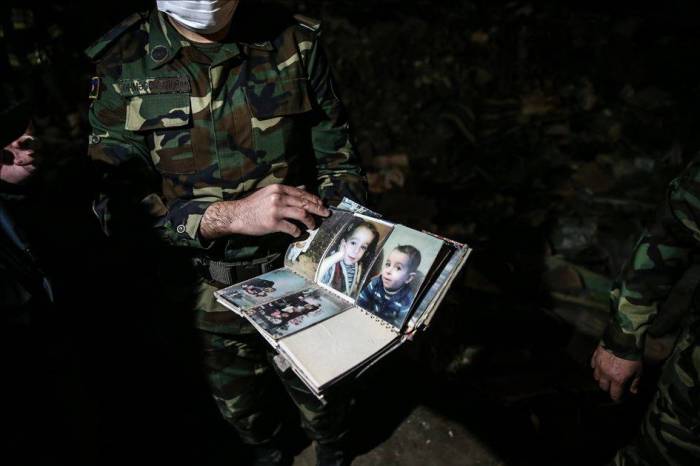 “Pashinyan and those who are behind these missile strikes should be presented before the International Criminal Tribunal, “Mammadov said.

Reputable international organizations – UN, OSCE and other organizations should take measures against Armenia, apply sanctions against the leaders of the terrorist state of Armenia, the Azerbaijani political expert said.

“Pashinyan, like Ratko Mladic, must be brought before The Hague Tribunal and sentenced to life imprisonment under the article “genocide” for killing civilians. Pashinyan’s infanticide should be punished for this. I really hope that influential international organizations will react and condemn the act of genocide against peaceful Azerbaijanis who were killed at night when they were all asleep. This must not go unpunished. “Having done this, Nikol Pashinyan and his government set up their own people too – now the Armenian people will now also be called terrorists. Azerbaijan is waging a war of liberation on its territory, it does not touch the cities and villages of Armenia, it does not fire at civilians. Armenian servicemen – officers and soldiers flee from the battlefield, retreat from their combat positions under the onslaught of the Azerbaijani army. We are fighting with Armenian soldiers, and Armenian troops are fighting with unarmed citizens of Azerbaijan. This is what distinguishes us from the Armenians”, S. Mammadov said.

It may be mentioned that on the night of 17 October, 2020 the armed forces of Armenia attacked the Ganja city of Azerbaijan with ballistic missiles. This, third in a row atrocious attack on the second biggest city of Azerbaijan, since the new aggression of Armenia against Azerbaijan, situated far away from the frontline caused serious civilian casualties; 12 civilians, including 2 minors killed, more than 40 people injured.

Armenia’s deliberate and indiscriminate targeting of civilians, in a blatant violation of norms and principles of international law, including international humanitarian law, as well as declared humanitarian ceasefire, the purposeful killing of peaceful people constitute a war crime and a crime against humanity and the leadership of Armenia bears full responsibility for this crime.

Continuous aggression of Armenia, cruel attacks on the civilians must be stopped and the international community should not turn a blind eye to these inhuman acts by Armenia against the people of Azerbaijan.

We condemn in the strongest manner vicious attacks by Armenia against the Azerbaijani civilians and urge this aggressor state to stop its war crimes.

The political-military leadership of Armenia, using terror as the state policy, bear responsibility for giving an order on the rocket selling the peaceful population. The Republic of Azerbaijan declares that based on the national and international law mechanisms the perpetrators of this crime will be brought to justice.