LAHORE, Pakistan: Armeena Khan, a versatile and brilliant actor, now debuts her career as a producer in a short film called “Snapshot”.

Written, directed, and co-produced by Sharaz Ali, the film features Armeena alongside MertKilic as the lead roles and will be launching soon nationwide.

Armeena plays the role of a Canadian girl who goes to Turkey and gets stuck there due to the lockdown. The whole film has been shot against the backdrop of Istanbul. The storyline emphasizes platonic relationships and brings to the fore the importance of friendship making it a perfect depiction of blessing in disguise. 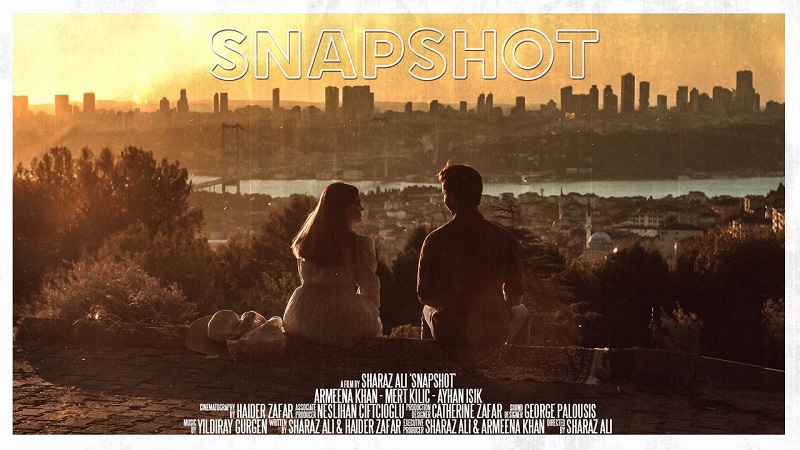 It is the first time that Armeena has produced a film. While joyously sharing her experience she says, “As an actor, I was living through half the experience, like a half-life. As a producer, I’m embarking on a new journey to truly living the dream, imagine being able to tell the stories that you want exactly the way you want. I am so excited and I cannot wait to share all that I truly have to offer.” The actor also plans on releasing more of her work in the coming years.

The production was supposed to start in April 2020 but due to Covid-19 restrictions, it was put on hold. The film was then finally shot in August 2020 within 30 days. Apart from Armeena, there were two other Turkish actors as well to keep the film relatable and authentic. The music was composed by Turkish artists to maintain the originality of the film. The beautiful cinematography was done by HaiderZafar. It was imperative to show the situation of the “new normal” through cinemas and Snapshot has definitely done it in a precise manner.

Armeena has previously worked with Sharaz for two films “Writhe” and “The strange within me”. They also made it to Cannes Festival together in 2013 for the film Writhe. Now, the duo has joined hands once again and we hope to see more of their work in the coming years.