Cyber Security is the prime concern for any person who is involved in financial transactions through electronic devices. Before opening an account in any bank, customers ensure that the bank, they are willing to open an account in, guarantees a risk-free and secure financial system without worrying that they may lose their deposits.

Certainly, people always prefer to opt for the best financial institutions and the Standard Chartered Bank is unarguably one of them. Having a network of 40 branches in 10 Cities across Pakistan, Standard Chartered offers multiple financial services such as personal accounts, debit & credit cards, personal loans, and mortgages etc. 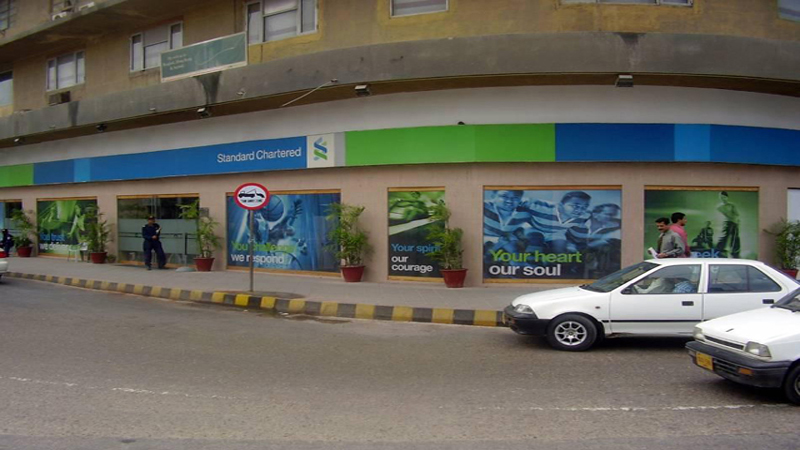 Being the oldest and largest international bank in Pakistan which first opened in Karachi in 1863, the Standard Chartered Bank has a bunch of awards with its name; however, recently it was confronted with complaints from customers over its security lapses.

Its customers also took to social media to share their experiences, grumbling about how they fell prey to hacking and eventually were deprived of their deposits from bank accounts. They also lamented over the lack of efforts by the bank to address the issue.

On July 26, 2022, a Standard Chartered’s customer Habibullah Khan penned down a series of tweets in which he cautioned the debit card holders of the bank, saying that “They are at risk”

Habibullah Khan also mentioned that the Standard Chartered Customer Service turned a blind eye to his concerns, causing him a loss of thousands of rupees.

The withdrawals typically happen in multiple transactions on your debit card. Transactions often happen on the Apple store. Sometimes on Uber. THERE ARE NO OTP’s for you to enter!!! You just lose your money *BOOM* – This has been happening for months and Standard Chartered… pic.twitter.com/xubksgxUN5

… has neither admitted this is a problem nor clearly addressed it. Instead all its debit card users in Pakistan are at risk – What you do get from Standard Chartered is a torturous process that can take up to 6 months to complete to get your money back. pic.twitter.com/AmlavG73FV

n/n Requesting @StateBank_Pak to send one of their crack audit teams to see how Standard Chartered’s security controls are so weak, why their governance is so weak and why they have not reported to the central bank that their users are getting regularly hacked.