On December 16, 2014, more than 150 people including 134 children and staff members of Army Public School in Peshawar lost their lives in a blatant act of terrorism carried out by the outlawed Tehreek-i-Taliban Pakistan (TTP) at the school. 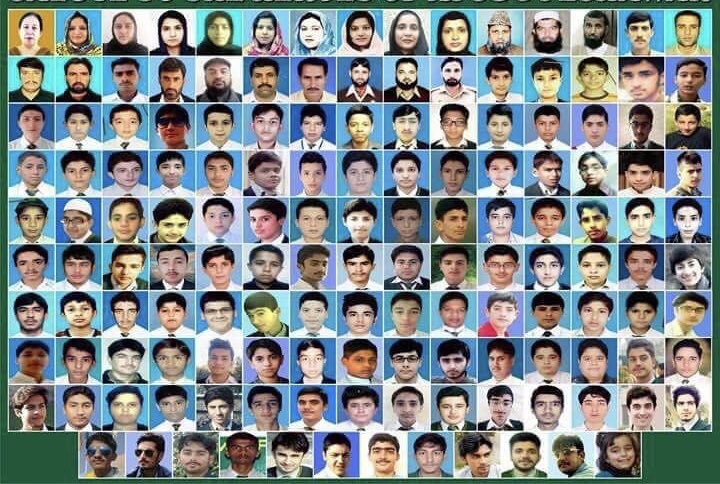 On the 5th anniversary of APS tragedy, the nation has pledged that nefarious design of the enemies will never be allowed to succeed.

In a bid to remember the sacrifices of the innocent children, a number of activities and functions are being held across the Country while a special function has also been arranged at Peshawar’s Army Public School to pay homage to the martyred students and teachers of the school.

Meanwhile in his statement, the COAS said that five of the involved terrorists in APS carnage have been hanged through military courts.

Offering salute to martyrs and their families, the Army Chief said that we have come a long way in failing terrorism as a nation. He said that united we move towards lasting peace and prosperity of Pakistan.

Earlier on Sunday, parents of martyred sons held a candlelight vigil on the APS Shuhada Memorial located outside the Peshawar Archives Library.

The parents with tears in their eyes were holding banners and pictures of their beloved martyred sons.

Mati
Mati-Ullah is the Online Editor For DND. He is the real man to handle the team around the Country and get news from them and provide to you instantly.
Share
Facebook
Twitter
Pinterest
WhatsApp
Previous articleHalal Food Guide for Lovely European Cities 2020
Next articleProcrastinating at work? You might be depressed