Any misadventure shall be responded befittingly: Pakistan army

Talking to a delegation of Journalists from Gilgit Baltistan, Azad Kashmir and Hazara Division visited the ISPR Headquarters in Rawalpindi on Monday and interacted with him, the director general ISPR, despite restricted liberty of action for response to Indian fire due to presence of our Kashmiri brethren on both sides of the Line of Control (LoC), Indian fire is always effectively responded focusing on Indian posts only being a professional and responsible army. 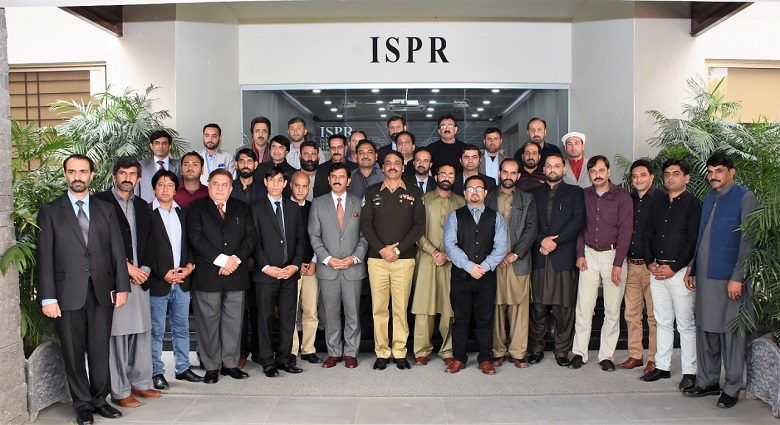 The Journalists shared their feedback on security situation and development work under taken by Pakistan army.

Mati
Mati-Ullah is the Online Editor For DND. He is the real man to handle the team around the Country and get news from them and provide to you instantly.
Share
Facebook
Twitter
Pinterest
WhatsApp
Previous articleArmy Chief grieved over death of Ameer Tableeghi Jamaat Haji Abdul Wahab
Next articlePFUJ regrets Supreme Court treatment meted out to Hussain Naqi, expresses solidarity