ANTALYA, Turkey: The 24th Economic Cooperation Organization (ECO) Council of Ministers Meeting was held in the Turkish City of Antalya on November 8-9, in which Parliamentary Secretary for Foreign Affairs Andleeb Abbas represented Pakistan. 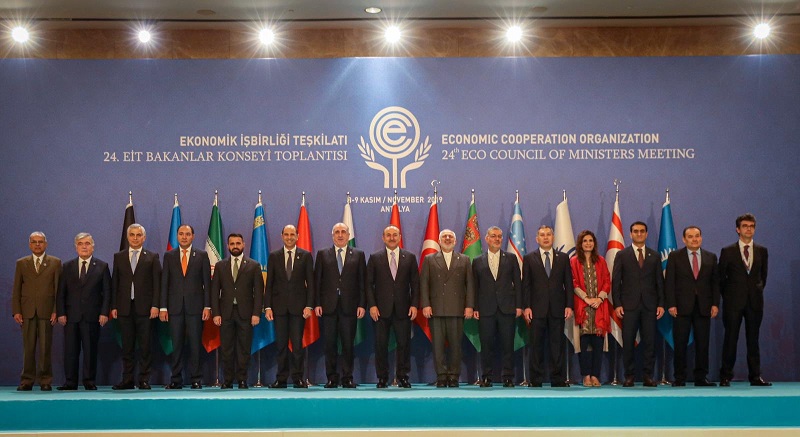 In his remarks at the meeting, Andleeb Abbas said that the effective monitoring of ECO Vision 2025 implementation must be ensured to turn the forum more effective.

The parliamentary secretary for foreign affairs said that the ECO Members need to raise their voice against the ongoing atrocities in Rohingya, Palestine and especially in the Indian Occupied Kashmir (IOK).

Andleeb Abbas said that the Indian government led by Narendra Modi has turned the Occupied Jammu and Kashmir into a prison in last 100 days, wherein the Indian forces are exercising brutality on innocent Kashmiris, women and children are being subjected to violence. She said that in IOK, pellet guns are being used extensively, and women have to suffer rape and sexual assault.

The Turk Prime Minister appreciated the suggestions from Pakistan with reference to the Occupied Kashmir in the ECO Council of Ministers Meeting.

Meanwhile in a meeting between the Turkish Foreign Minister Mevlut Cavusoglu and Andleeb Abbas held on the sidelines of 24th ECO Council of Ministers Meeting, the former expressed Turkey’s readiness to start negotiations with Pakistan for the Preferential Trade Agreement (PTA).

During the meeting, the two sides also agreed to give practical shape at the earliest to the idea envisaged collectively by Pakistan, Turkey and Malaysia to establish a Television Channel to promote true and positive image of Islam and counter propaganda against it.

The Turkish foreign minister hailed Pakistan’s efforts for highlighting blatant human rights in the Indian Occupied Kashmir at the international level. He assured his Country’s every possible cooperation to Pakistan in this regard.

Mati
Mati-Ullah is the Online Editor For DND. He is the real man to handle the team around the Country and get news from them and provide to you instantly.
Share
Facebook
Twitter
Pinterest
WhatsApp
Previous articleJazz Utilizes IBM Cloud-Based Analytics to Personalize Customer Experiences
Next articleOnly 40% of people satisfied with Pakistan Citizen Portal