And now for the hard part

By M A Niazi

The USA facing a Lepanto moment?

That the Ghani regime collapsed so swiftly, that the Taliban succeeded in taking over in Kabul with such little resistance, shows not just the ineptitude of the Ghani administration and the Afghan National Army, but also of the training abilities of the US armed forces, primarily the Army. The USA may have avoided another picture of a helicopter lifting off from the Embassy roof, which in 1974 symbolized the defeat of the USA in Vietnam, but there were inevitable reminders of that defeat. 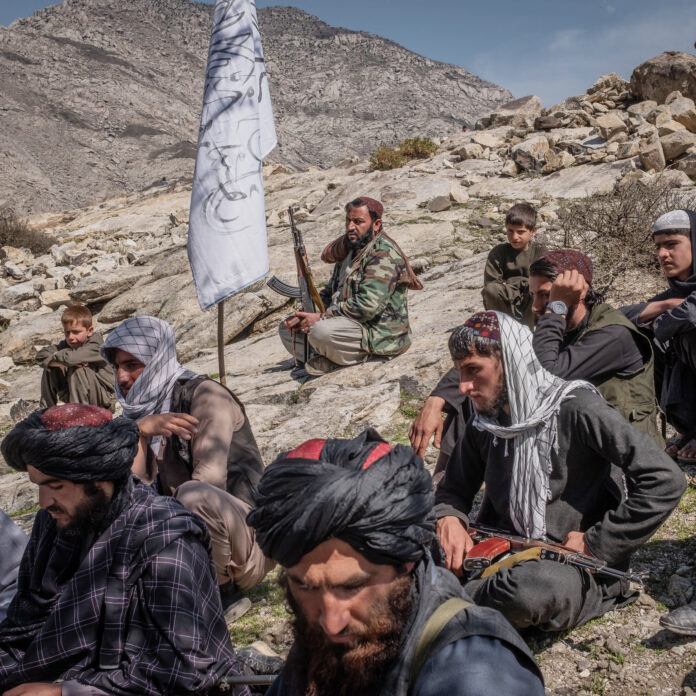 That was the last time that the USA engaged with Asia, and received such a resounding rebuff, suffered such a confidence-shaking defeat. This time, it seems, the defeat has been even worse, because it is not just embassy roofs which are being compared, but also the speed of the collapse of the regimes the USA had abandoned. When the US-North Vietnamese Accords were signed in January 1973, with the US forces in Vietnam withdrawing, by April 1975, Saigon fell. As a contrast, though the agreement to withdraw from Afghanistan was signed in February, and the withdrawal was ordered by President Joe Biden for 31 August.  Even before that date, on August 15, Kabul fell.

The Taliban have got a second chance. But the pressures on them are multifarious. How well they do will determine whether the pressures overwhelm them, or are released

The USA has thus completed two withdrawals from Asia in 38 years. Is this a Lepanto moment or a Vienna moment? It must not be forgotten that the last great power to fall was the Ottoman Empire. Ever since Muhammad II conquered Constantinople, it had been a premier power, but the Ottomans became a great power only under Suleiman the Magnificent, when his conquests of Belgrade, Hungary and Rhodes brought much of Eastern Europe into the Ottoman Empire, while his annexations in the Middle East and North Africa as far as Algeria built on his father Saleem I’s conquest of Egypt and Saudi Arabia. However, soon after he died in 1566, the Ottomans suffered their first ever major defeat, at Lepanto.

It thus seems that if the USA has thus faced its Lepanto in Vietnam and its Vienna in Afghanistan, it has yet to face a Zenta moment, leave alone a World War I moment. Hat timescale seems to have been shortened. Where it took the Ottomans 112 years to get to its first two disasters, the USA has taken only 46 years. The Ottomans went on after Vienna for 235 years. Thus the USA should be good for another century.

It is appropriate to compare the USA with the Ottomans because the Fall of Kabul is being claimed as a victory for Muslims. That might be carrying things too far, though the USA does seem to be suffering another defeat at Muslim hands. However, the USA still has great power, which it can exert. Though the Taliban might be back it is hardly that they were alone and friendless in their fight. There was a place to go too, and there was a nation which supported them. The opponent was not the people of the USA, only its Army.

This made a considerable difference. The USA sees no dishonor in losing. That will come later, as they find allies wary. In one respect, the US refusal to throw in good resources after bad is commendable, but the relative lack of concern with prestige, will mean that allies in Europe will not join future US ventures. It will become that much more difficult to create coalitions of the willing.

It is also worth noting that China is expected to benefit from the US departure from Afghanistan. Now that the USA is highly unlikely to support Afghanistan economically, China is expected to step up and fill the gap. It has two major economic interests. The first is that Afghanistan is an entry point in its Belt and Road Initiative. The second is the presence of large quantities of minerals, such as copper, iron, and lithium. Their presence justifies major investments in infrastructure.

The US confrontation with China makes Afghanistan once again the focus of a new Great Game. This time, the players are China and India, through which the USA will also be playing. Pakistan will find it difficult to maintain its current position, where it tries to maintain friendship with both China and the USA. One way out is to engage with India. This will let the Taliban develop ties with India too. The China-Afghanistan ties will serve thus to keep Pakistan tied to China. Even though it has itself developed economic linkages with India, it would not like Pakistan to do the same. If Afghanistan under the Taliban increases ties with China, that will lead Pakistan to remain with China.

One of the issues the Taliban will have to deal with is the type of governance they will establish. The USA had disagreed with them enough to launch a multi-trillion-dollar war upon them and engage in a failed attempt to remake the Afghan nation. Will it be goaded enough to engage in another costly war, or will it leave the Taliban to their own devices?

The USA’s ability as a nation-maker was never really established, but now it seems clear that any potential assumed does not exist. Colonial nations usually make a fist of nation-building, but not the USA. Nation-building in the USA’s image, as was experienced in Germany or Japan after World War II, is possible, but the USA can no longer do it successfully. That means that any regime that wants to develop should think again whether the obstacles are perhaps insurmountable. There are even implications for climate change activists: throwing money at the problem might not necessarily work.

The Taliban are the toast of Muslim the world over perhaps because they symbolize a resistance to the post-colonial dominance of the USA. But can they afford to support the Islamic Movement of East Turkestan or any other Uighur separatists, when they depend so much on Chinese goodwill? Also, it can be expected that those who went to the proto-state set up by ISIL will be attracted to Afghanistan. The last time the Taliban were in power, they welcomed Al-Qaeda that way, and everyone knows how that played out.

The real problem is that the Taliban are having too many hopes pinned on them. The Rohingya, the Kashmiris, the Uighurs, the East Timorese, the Syrians, the Kurds… The problems are many, and the Taliban do not have solutions even to those that afflict their own country.

Perhaps they are not clear even about those. It is all very well to oppose an Emirate against a Republic, but if the Emir is as unbound in his allegiance as a president, what is the difference except in name? The Islamic paradigm posits an emir as owing allegiance to a caliph, who is sworn to implement the Sharia. It is this oath of the Caliph which binds his appointees.

The Taliban have got a second chance. But the pressures on them are multifarious. How well they do will determine whether the pressures overwhelm them, or are released.

Note: The above article was originally published by Pakistan Today on August 26, 2021.