The ambassador expressed pleasure over Anotonio Inoki’s recovery from illness and prayed for his good health. 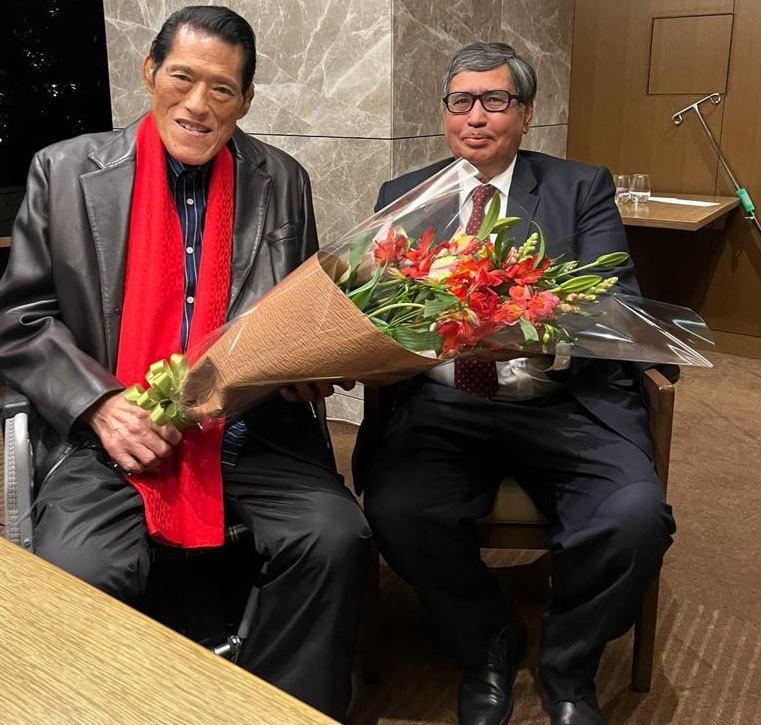 Ambassador Imtiaz Ahmad invited him to visit Pakistan, saying that the people of Pakistan look forward to his visit to Pakistan.

Inoki said that he cherish the memories of previous visits to Pakistan and would be happy to visit again.

The ambassador thanked Inoki for inviting Haroon Abid to Japan to get training of wrestling. Haroon is nephew of famous Pakistani wrestlers late Akram and late Zubair.

The envoy requested Mr. Inoki to grace events to be held on the occasion of 70th anniversary of establishment of Pakistan-Japan diplomatic relations with his presence.