Amazon Pakistan is gaining popularity on a mass level among the public. Thousands of people have availed this opportunity to grow their businesses and make a handsome amount of income from it. Pakistan has become the second largest Amazon seller country next to China. Pakistan’s government took this initiative to provide incentives to the people by promoting the cottage industry. 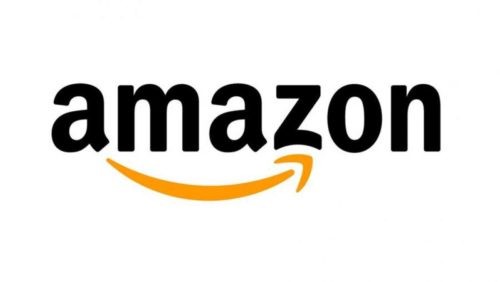 However, making its positive name as the second highest seller country in the world, some people have created a negative image as well. amazon has found Pakistani people to be involved in fraudulent activities. As a result of fraud by the people, Amazon has banned more than 13,000 seller accounts in areas of Mian Chunnu and Sahiwal in Pakistan.

Here are some of the few tricks that people have been using to make frauds. The tricks include Kabootar trick, rickshaw trick, carding, and filing.

One of the most used fraud techniques by sellers of Amazon Pakistan is the Kabootar trick. It is a desi name for fake tracking. As per Amazon’s rules, it credits the amount to the seller’s account within 14 days. However, people in Pakistan have been tricking customers by giving them a delivery time of 15-20 days. When the customers make their purchase, the sellers get the amount from Amazon till the 14th day.

When the money is transferred to their accounts from Amazon, they do not deliver the product to the customers. Thus, the sellers make money and buyers remain at loss. Amazon Pakistan sellers have reportedly earned thousands of dollars by using this mischievous trick.

filing is another smartly mischievous trick used by Amazon Pakistan sellers. The sellers on Amazon take orders from customers on their Amazon accounts. Rather than delivering the products from Amazon, they buy the products from other sites like Walmart, Sam’s Club and other vendors.

This way, sellers get the order on Amazon, buy from other vendors by making secondary accounts, and deliver it to the actual buyers. Thinking about where is the fraud? Pakistan sellers are using the assistance of staff from Sam’s Club to get a refund on the delivered goods. Sellers show that buyers did not get the product and demand a refund from secondary vendors.

By using the filing technique, Sellers get the actual payment from the customers as well as a refund from the vendors.

Carding is practised to a greater extent in Pakistan. People make accounts on dark web websites. They purchase hacked cards from those sites for $100 to $200 dollars. These hacked cards come with all the necessary information like card number, expiry date and Card Verification Value (CVV).

To avoid any action from the authorities, people buy gift cards from those hacked cards and sell them to people.

By following this technique, Sellers register their accounts with Amazon Pakistan using the names of companies in the US. They use details that are publicly available on the internet. They create Amazon Business Prime accounts under their name.

Amazon provides a free 30-day trial for Amazon Business Prime. After making the Business prime account by the name of the Company’s CEOs, sellers get an exemption from the sales tax on purchases by using the company’s EIN.

The sellers do not use that account for a complete 30 days. They cancel that account on the 29th day before it’s time for a tax deduction. After cancelling, they make another account. When it is the end of the year, the company has to pay all the taxes and the seller gets all the advantages.

These are some strategies the Amazon Pakistan sellers are using to make more money in illegal ways. This has resulted in the ban of 13,500 accounts in Pakistan, mainly Mian Chunnu and Sahiwal.

Duaa Naeem
Duaa Naeem is a fresh graduate who is utilizing her writing skills into writing articles that are informative for the readers.
Share
Facebook
Twitter
Pinterest
WhatsApp
Previous articleMoU signed on tackling marginalization through women’s visibility in digital journalism
Next articleAnother Gold From Arshad Nadeem Islamic Games 2022