The super-gorgeous Alizeh Shah has got under the fire of criticism for wearing a tank-top in song video. Check out her response!

Alizeh Shah is that innocent yet super-gorgeous actress in the industry who always stays in the limelight for her glamorous looks. The way she smiles and performs in different dramas like Ehd-e-Wafa and Jo Tu Jane has made her touch the peak of fame in a very limited time. To our surprise, Shah has shown her talent as a singer for the first time. It seems that Sahir Ali Bagga has encouraged her and now we have a wonderful song video with the title ‘Badnamiyan’. 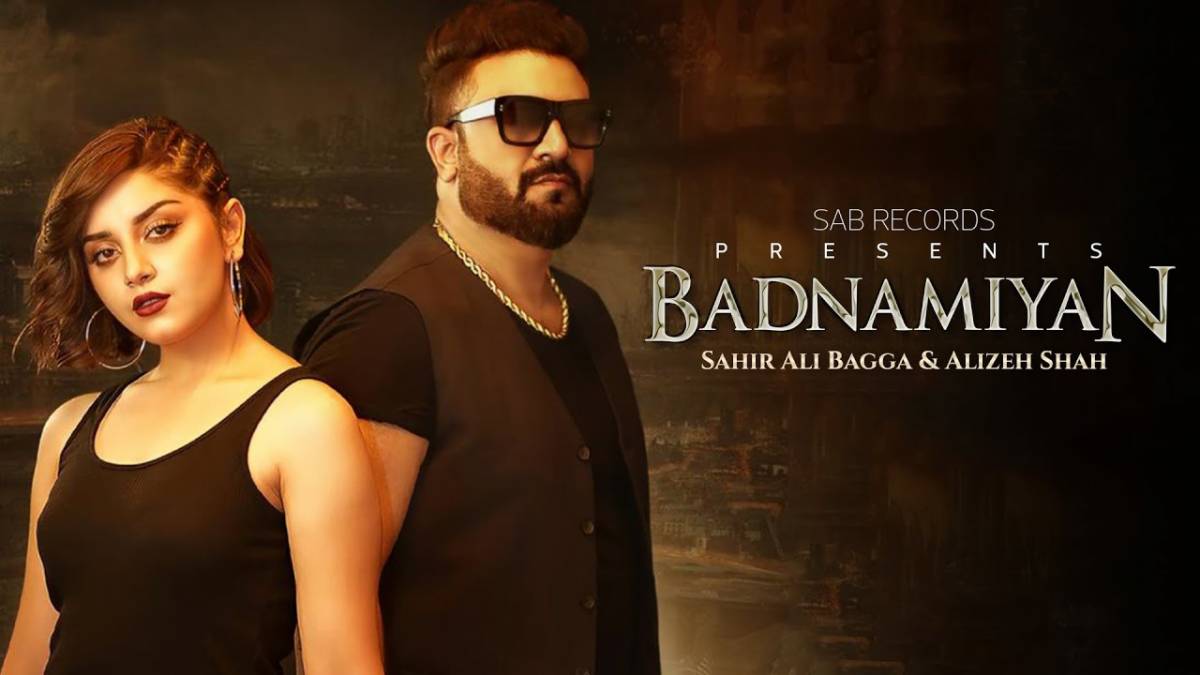 Well, we know that fans were in love with Alizeh specifically for dressing up sophisticatedly. She was considered among those young actresses who don’t opt for bold attires for the sake of gaining fame. However, the situation has turned out otherwise as this time she has gone sleeveless in the song video. Here we have got further details on the criticism and Alizeh’s response! 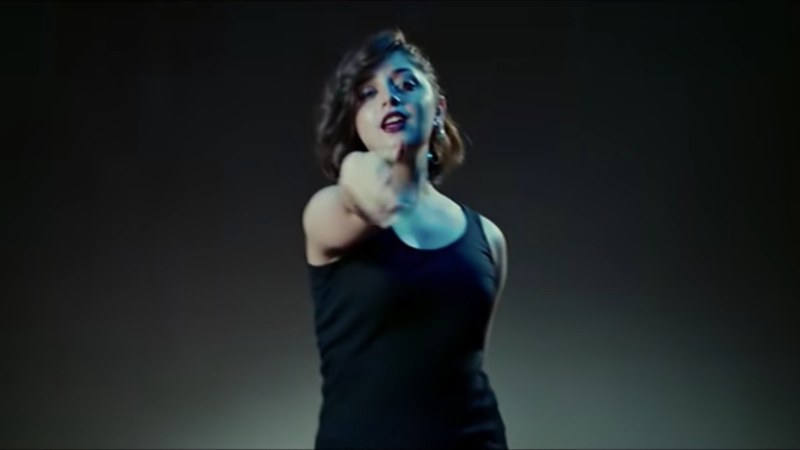 Alizeh Shah‘s fans have lambasted her for wearing a sleeveless tank-top in the song video with Sahir Ali Bagga. As soon as the song released, the first concern of Alizeh’s fans was only that why she has opted to wear sleeveless. It was quite surprising and unexpected for everyone and for Alizeh too.

Alizeh Shah’s music video for Badnamiyan crossed one million views on YouTube shortly after its release. However, despite the fact, she was trending on top on Twitter under the discussion for her clothes.

Check out this music video! 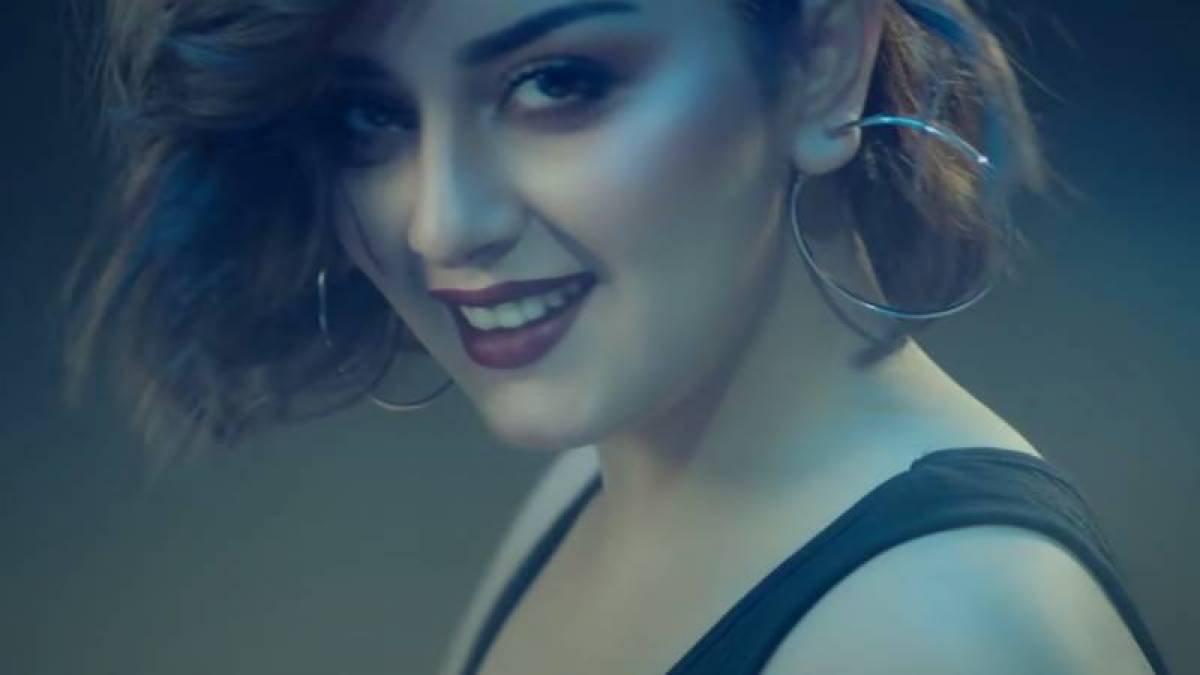 “I find all memes and criticism amusing. However, the fact that a trivial topic to discuss is now the most trending issue in our country instead of becoming a voice for Palestine.” 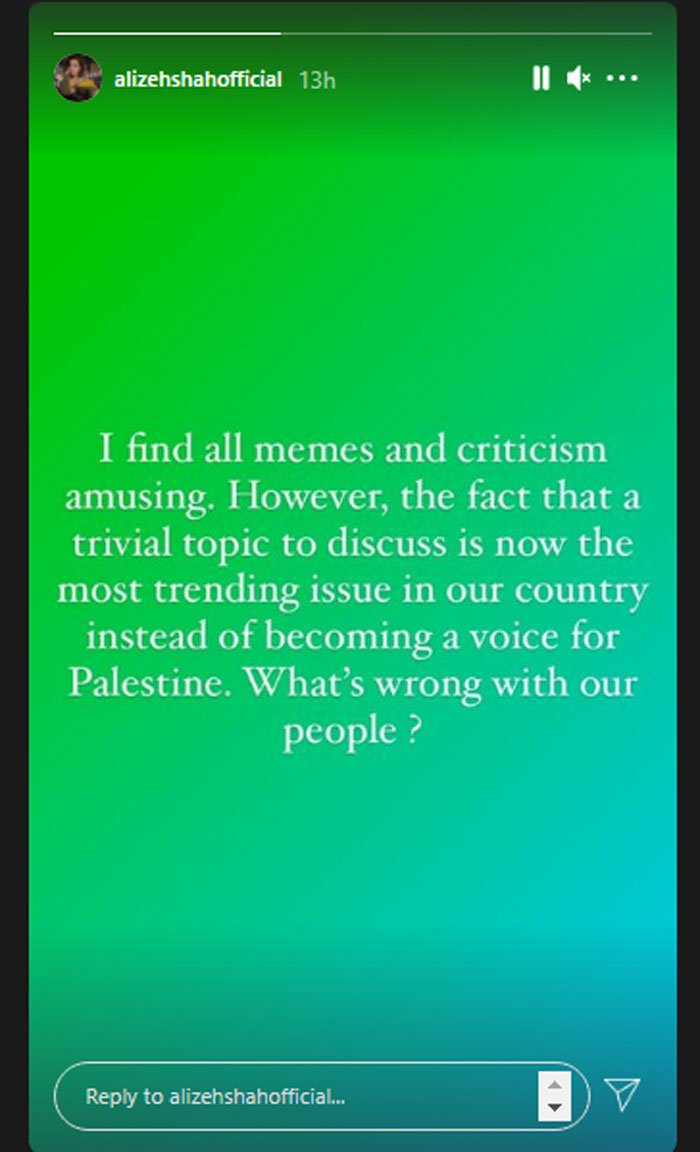 So, what do you think about fans’ criticism and Alizeh Shah’s response? Don’t forget to share your valuable feedback with us!

Wardah Farooqi
Wardah Farooqi has been working as a writer for 6 years. She also worked at Dunya News, Live Pakistan Magazine, and numerous local as well as international platforms. When she isn't writing, you can find her assisting people in bringing out the best!
Share
Facebook
Twitter
Pinterest
WhatsApp
Previous articleOver 4.7 million COVID-19 vaccine doses administered in Pakistan so far
Next articlePreliminary Model of Electronic Voting Machine displayed at Parliament House