Ali Sadpara Biography – The Climber To Live Eternally In Mountains!

Ali Sadpara is not only a name but a motivational story that is to last forever. He was a true definition of love, care, compassion, and his passion was all in all his success story as he never failed to achieve. It is all because of his valour that Pakistan is proud of the name Ali Sadpara. Let’s have a closer look at Ali Sapara’s life and accomplishments that made him earn the rank of a national hero. Ali Sadpara is the only Pakistani mountaineer to have climbed eight of the total fourteen 8,000 meter peaks across the globe. His extraordinary love for the mountains and devotion to improving the lifestyle of his village is everything that is a significant part of his success story. Here we have got Ali Sadpara biography that will make you feel proud of him at every moment as he will always be remembered.

Ali Sadpara is not only a name but a motivational story that is to last forever. He was a true definition of love, care, compassion, and his passion was all in all his success story as he never failed to achieve. It is all because of his valour that Pakistan is proud of the name Ali Sadpara. Let’s have a closer look at Ali Sapara’s life and accomplishments that made him earn the rank of a national hero. Ali Sadpara is the only Pakistani mountaineer to have climbed eight of the total fourteen 8,000 meter peaks across the globe. His extraordinary love for the mountains and devotion to improving the lifestyle of his village is everything that is a significant part of his success story. Here we have got Ali Sadpara biography that will make you feel proud of him at every moment as he will always be remembered. 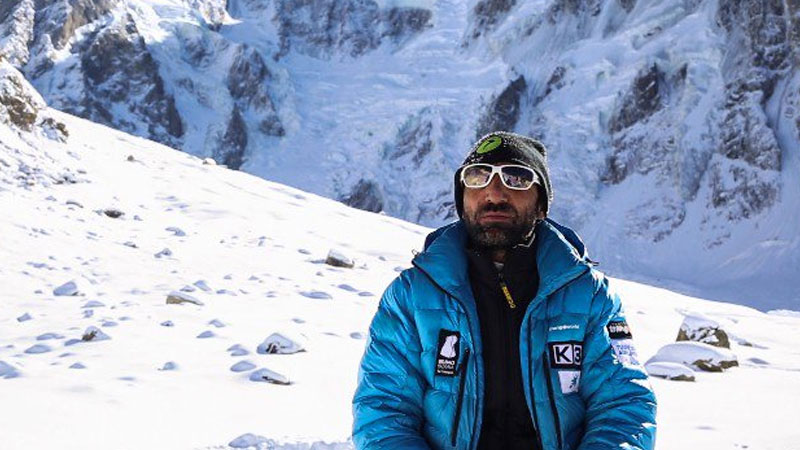 Ali Sadpara was born on February 2, 1976, in Sadpara village near Skardu in the Gilgit-Baltistan region. He was exceptionally passionate and had the ability to climb hills while marking his success every time.

Sadpara was a down-to-earth soul and he knew well how to bring the best out of every moment. He used to have a great time with his fellow climbers and family. Moreover, Sadpara’s village is known well for assisting numerous summit seekers to accomplish their targets.

There are very few such climbers in the world who truly translated devotion and passion when it was about climbing the huge mountains fearlessly. Ali Sadpara was one of them and he has set examples for the future generations of passionate mountain climbers across the globe. He proved the fact that how much is it important for an individual to be consistent and focussed when planning to achieve something big.

Ali Sadpara’s Journey To Achieve Big Out of His Passion! 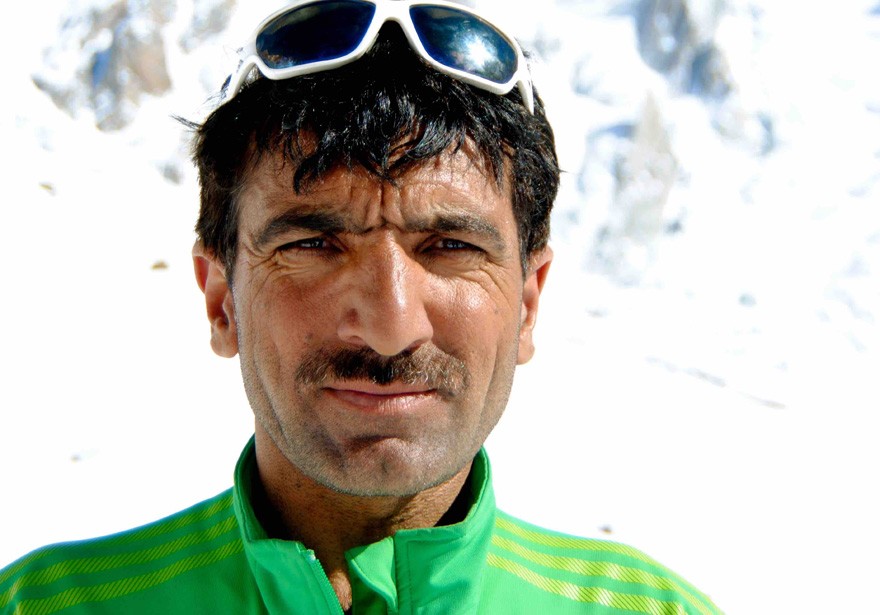 Ali Sadpara will always be in our hearts as he made us understand that when it comes to passion, just fight with every hurdle in a way that you don’t lose your hope to accomplish. He started as a porter and made his first-ever climb in 2004 while accompanying an expedition to K2. During an interview with Dawn, he shared that one of his first jobs was to deliver supplies to Pakistan Army posts leading to Siachen back in the mid-1990s. 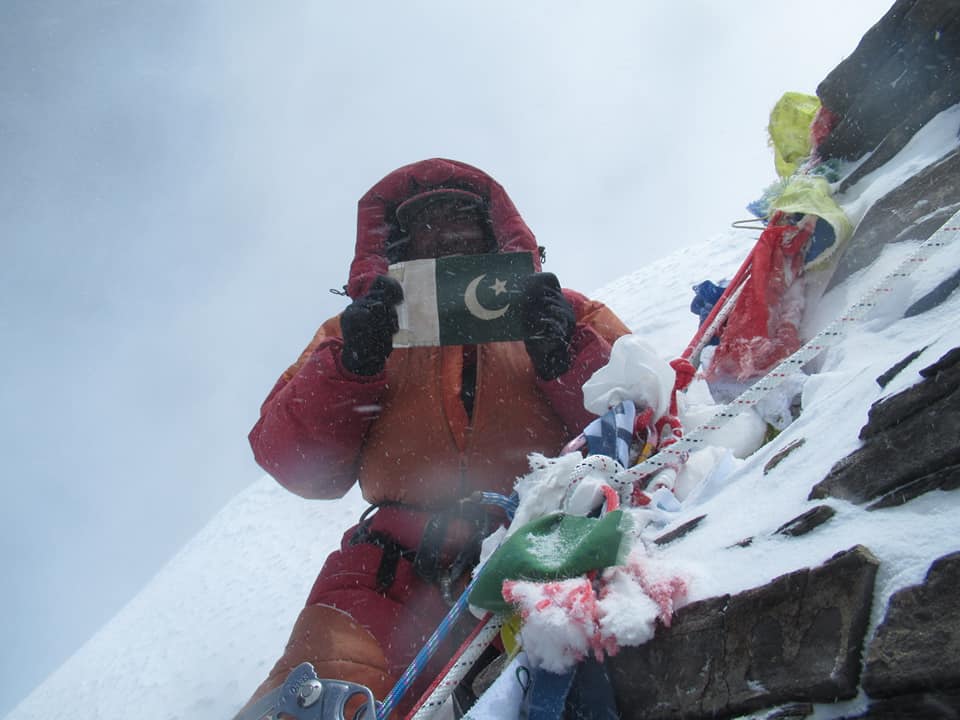 As per his profile formulated in Alpinist magazine, Sadpara shared his story about getting the opportunity to explore the peaks. According to Ali, an army truck arrived at Sadpara village to recruit porters. Being exceptionally passionate about climbing mountains, Ali couldn’t resist and decided to pursue the opportunity. It is pertinent to mention here that it was about the same time when Pakistan and India were dealing with the Siachen Glacier conflict. Ali stepped into the world’s biggest adventurous opportunity where he could see nothing but a path to achieve something big out of his passion. He had to deliver supplies to the Pak Army and that wasn’t an easy deal when someone has to overcome his fears with a mission to responsibly perform in the line of duty. 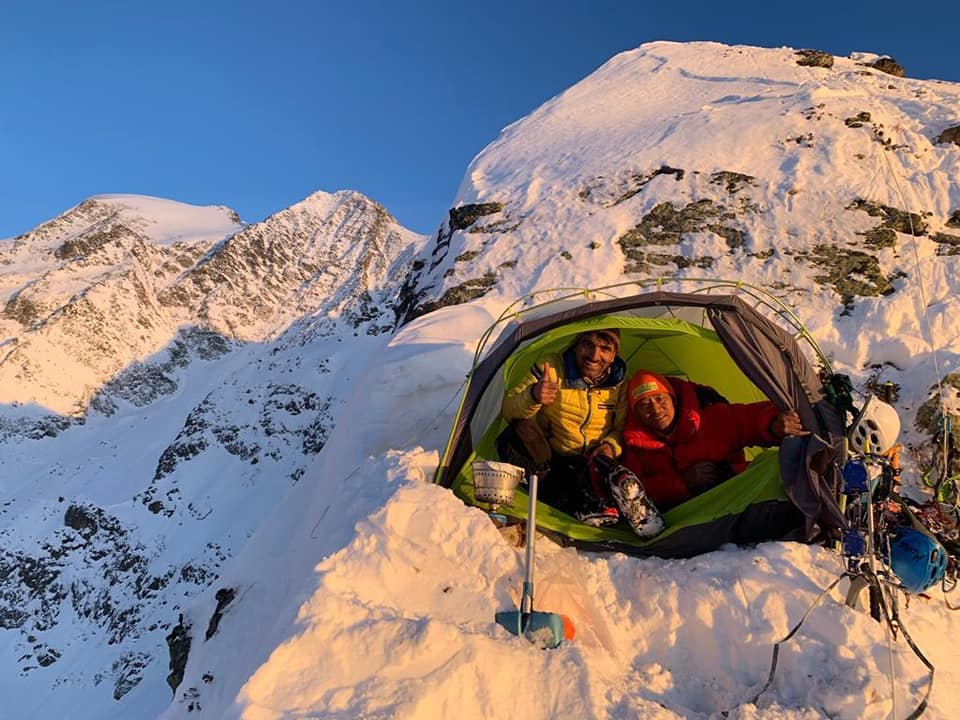 Another interesting part we came to know about Ali’s family was that they wanted him to join the police force or the army. The idea behind this wish was that these jobs offered good wages and ultimately a place to live. However, Ali had something else in his mind which made him decide to follow his heart and climb the highest peaks.

Risks On The Way & Achievements! 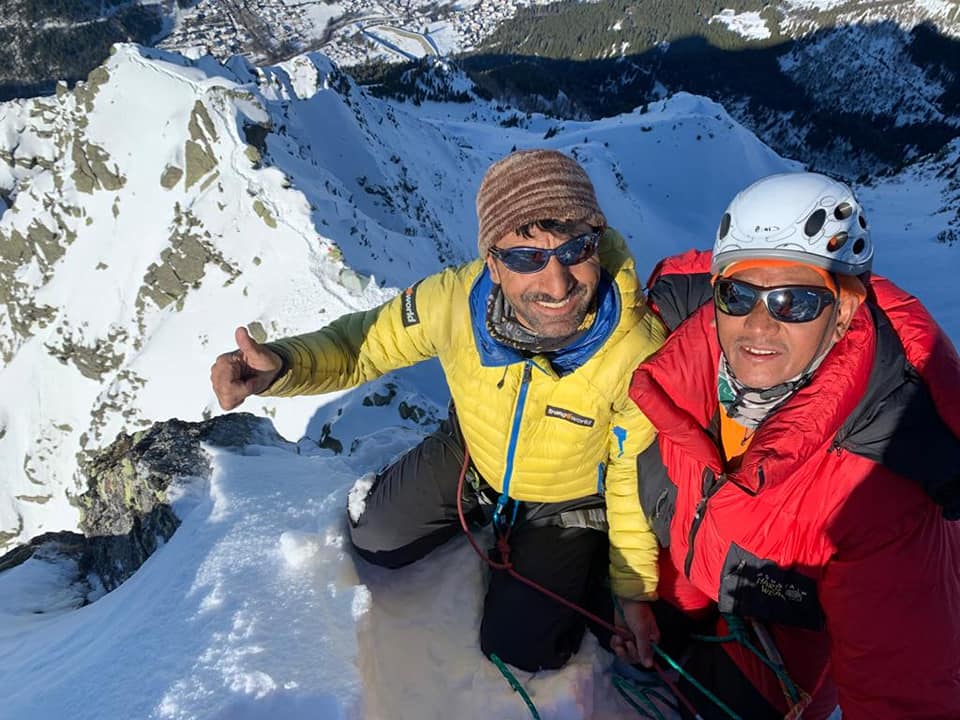 Ali Sadpara climbed his first 8,000m peak, Gasherbrum II in 2006. When it was nearly impossible to climb such a huge mountain without any proper climbing gear, Ali still managed to accomplish this mission courageously. While talking about this experience during an interview he said:

“I didn’t have the right boots, didn’t have a down jacket, let alone a down suit to protect me from the harsh cold. I had some second-hand climbing gear which I bought from the market in Skardu and repaired. But I still managed to climb and come back safely.”

Ali Sadpara’s first climb helped to shed all of his fears and made him gain strength for many other summits. That’s the reason he successfully completed them while fighting with all the risks coming his way. Apart from Gasherbrum II, Ali also went on to climb SpAli Sadpara’s Biography antik Peak (Pakistan) in 2006. Here we have got the list of all the summits covered by Ali Sadpara: 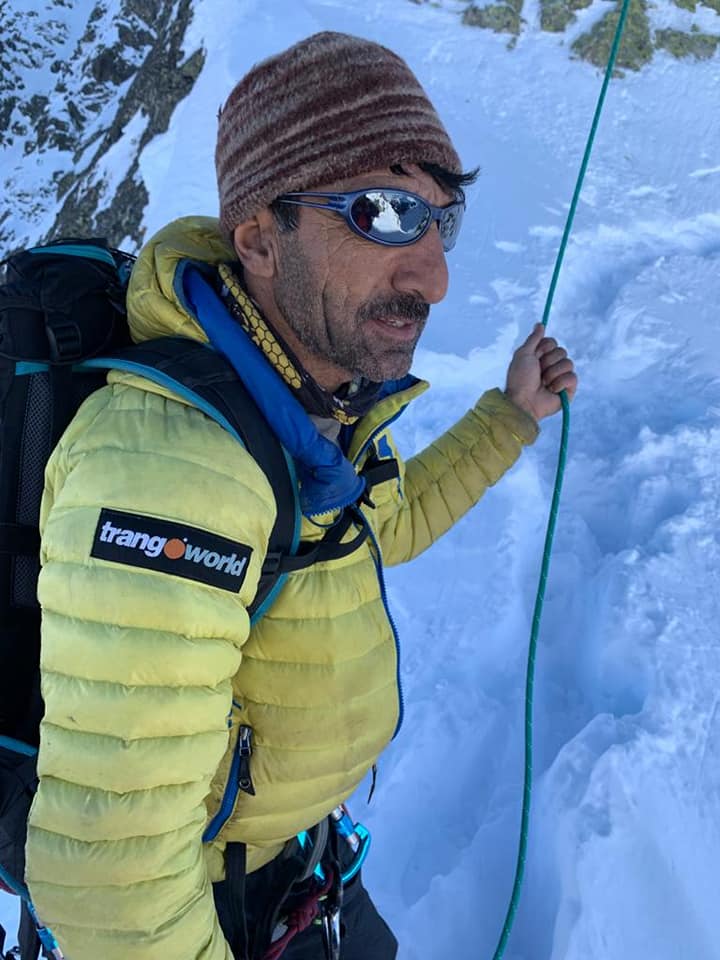 A very few people may have an idea that Ali Sadpara was as much concerned about his family as that of his passion to mount on the peaks. He always ensured that his wife and children are having food every day. Ali had been living through great financial constraints, however, he never lost motivation towards earning respectably in order to fulfil the needs of his family. 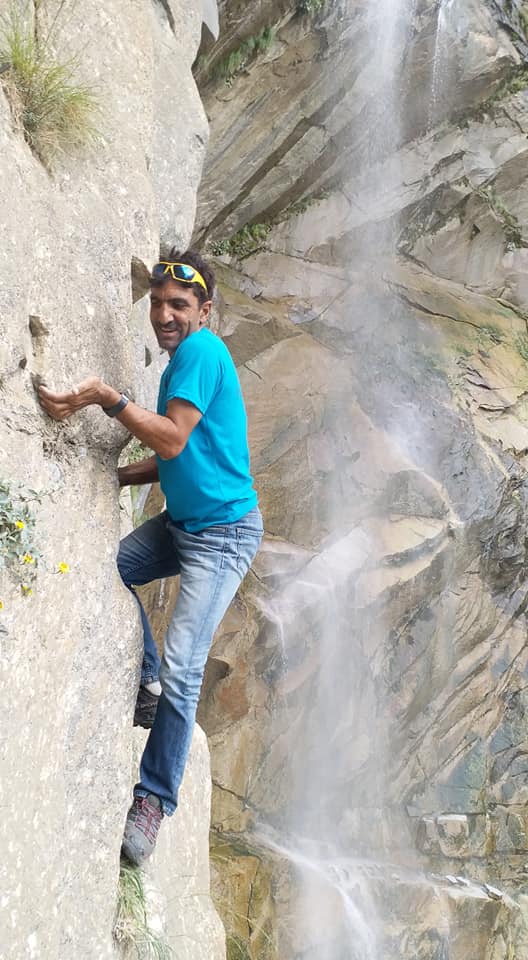 Furthermore, he never felt shy in sharing that many porters in the village are struggling this way to earn a good living for their families. Ali also mentioned that his fellow porters don’t want to climb and would opt to quit if they find something else. However, when it was about Sadpara, he was focussed to take his passion and earning along on the same path, no matter how hard it was to achieve. Ali Sadpara biography is at every step a dose of motivation to work hard and get to the point you are passionate about. He has left much with us to learn from throughout that is not less than an asset to the new generation and Pakistan. 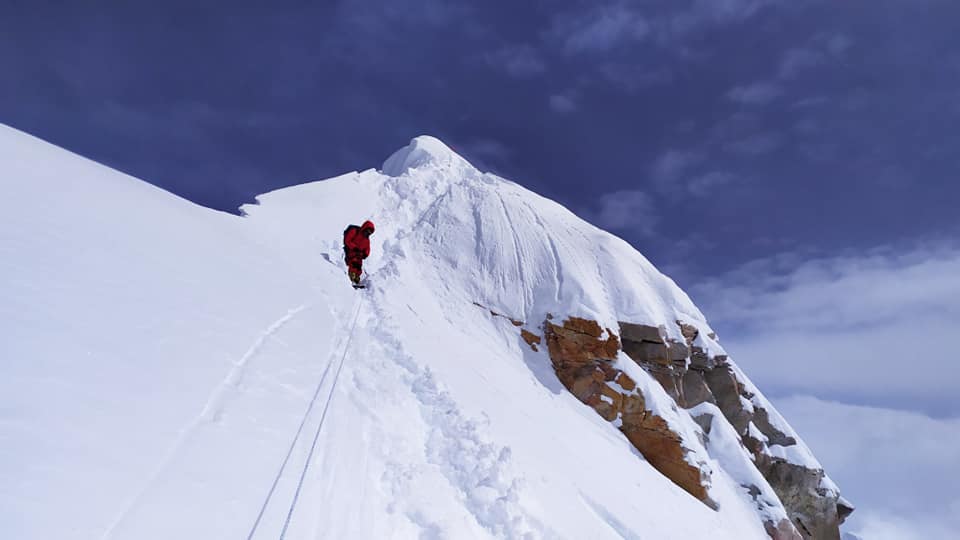 In acknowledgement of Ali Sadpara’s achievements, the government of Pakistan announced this January to sponsor him for all the remaining eight summits. 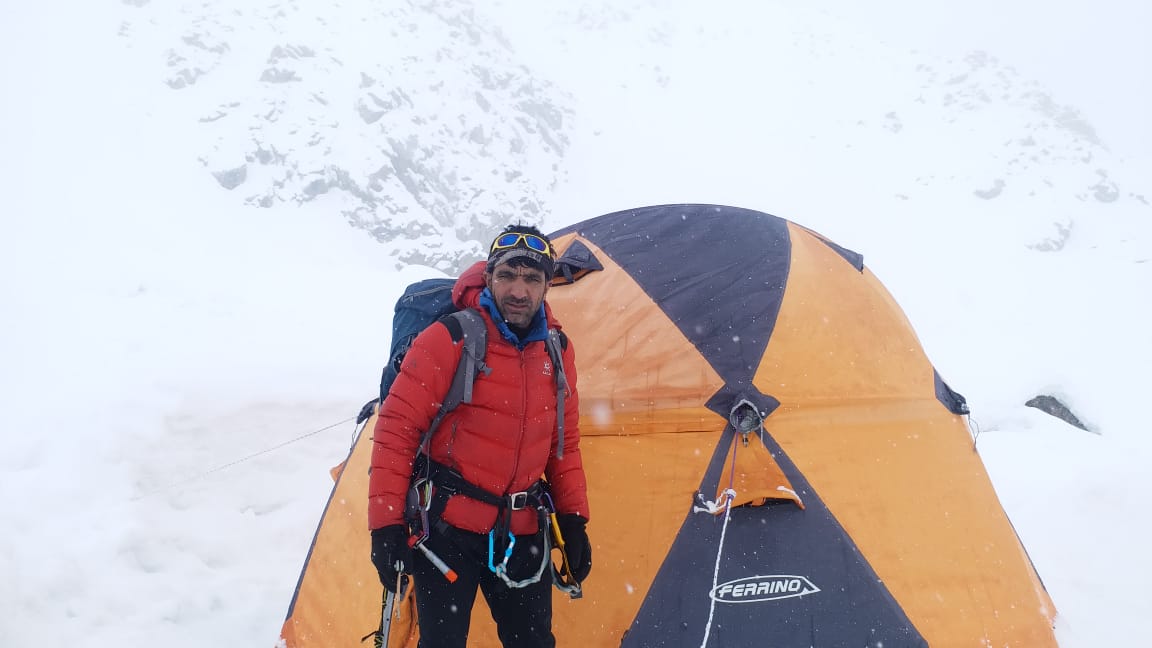 On February 4th, 2021, Ali Sadpara and his son Sajid Sadpara teamed up with two mountaineers – John Snorri (Iceland) and Juan Pablo Mohr (Chile) for a joint K2 ascent. Owing to some technical difficulty, Sajid had to return leaving others at the Bottleneck, very close to the peak. Ali alongside the other two mountaineers continued towards the peak planning to make a return by the night. However, the three mountaineers did not return as planned. According to the experts’ opinion, it is not practically possible to survive at such a height at an extremely low temperature of -48-degrees.

Ali Sadpara’s legacy is now transferred to his son Sajid. The updates reveal that his mother, Fatima, knows it would be miraculous that he was able to make it back from the mountain alive. However, it is still hard for her to believe and she mourns Ali being lost on K2. 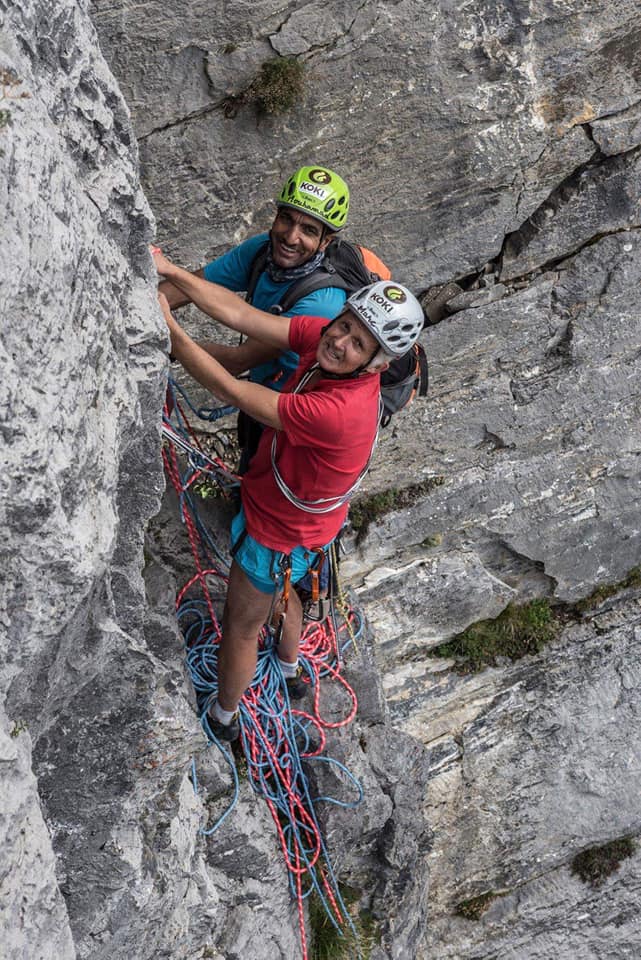 Ali Sadpara’s friends have always loved him for his passion and personality he had. It was not everything about climbing, but he was all-in-all a humble person who lived through every moment. Here is what his friend Abbas Chopa had said:

While winding up Ali Sadpara biography, here we have some words of the legend he used to say while talking about mountains.

“I don’t talk to mountains, I listen to them,” Sadpara had said. Then he paused. “Sometimes, maybe I whisper back.”

Watch this video of an interview with Ali Sadpara!

Wardah Farooqi
Wardah Farooqi has been working as a writer for 6 years. She also worked at Dunya News, Live Pakistan Magazine, and numerous local as well as international platforms. When she isn't writing, you can find her assisting people in bringing out the best!
Share
Facebook
Twitter
Pinterest
WhatsApp
Previous articleAIOU announces free matriculation education for GB people
Next article9th International Maritime Conference kicks off in Karachi