The 23-year-old “Ali Bin Swelah”, real name Ali Saleh Awadh Aljaberi, is a UAE Emirati Comic Actor and Social Media Star. Born in Al Ain before moving to Banyias, he is a stand-up comedian & stage actor, and undoubtedly one of the few youngest successful actors in the United Arab Emirates (UAE).

“Without wonder and insight, acting is simply a business. With it, it becomes a creation”.

Not everyone can be an actor, especially when it comes to comedy and humor. A humorist is a psychologist because he reads the human mind and performs accordingly. A good actor always knows what his audience wants from him. That is why courage and experience are found in stage actors.

“The stage is a magical realm where only very real events take place, a neutral area beyond the jurisdiction of destiny where the stars can be crossed with impunity. There is no truth and a more real place in the entire universe.”

Stage acting is the basic form of acting for me. If a person makes films all the time, there is little chance of him practicing. And it is important to practice because it gives you the opportunity to try things that are not good. Bin Swelah starts his career from the stage as an Arabic Comic Accent. In that time, the UAE is going to be advance in its era. And support international comedian stars, so local comedian has no chance to grow with it. That why, Bin Selah decided to target Social Media, and show his Comic-Talent to the world. For this purpose, he decided to make Funny Videos by Normal digital camera and Edited by himself to inspire the world. Ali Selah says. “They mostly come from me listening to people’s stories and experiences. They would share some of the things they went through in the course of their day and that gives me the idea. Many people don’t realize that what they go through is actually funny.” 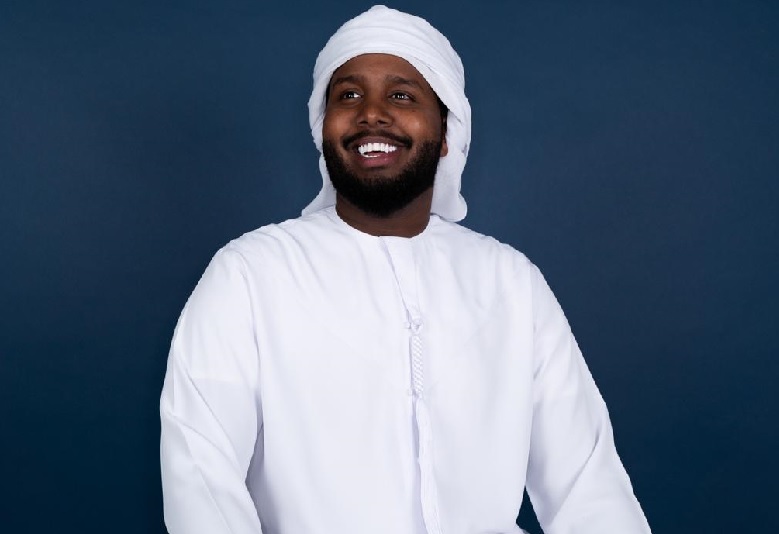 Ali Bin Swelah made his career debut by creating a social account on Instagram. He spends a time of three years and captures social media with Instagram skits that earned him 969k Followers. He uploaded about 300 micro comedy Videos on Instagram. After gaining a lot of fame on Instagram, he made his own YouTube channel.

Bin Swelah also raises himself as a YouTuber with his Arabic comic Videos and earns almost 920,000 Subscribers. These two platforms are given him a successful identification. People know him a Social media comedian and give him thumbs-up on videos.

Ali Bin Swelah is a wise man who always chooses informative content for his videos, which is a great source of entertainment and information for audiences of all kinds, like children and adults. Bin Swelah says he is completely not interested in making videos and show content without a reason behind a story happened with himself. Bin Swelah says, “There is a lesson behind every story, and for me, they are all about positively. I want to talk about things that relate to young people, to encourage young people to aim high, to study, work hard and achieve success. I just tell them in my own way,”

Bin Salah thinks that video is not like a funny clip, but the video is a great way to know about a specific topic. Each video should provide a lesson and should be a lesson for any audience. 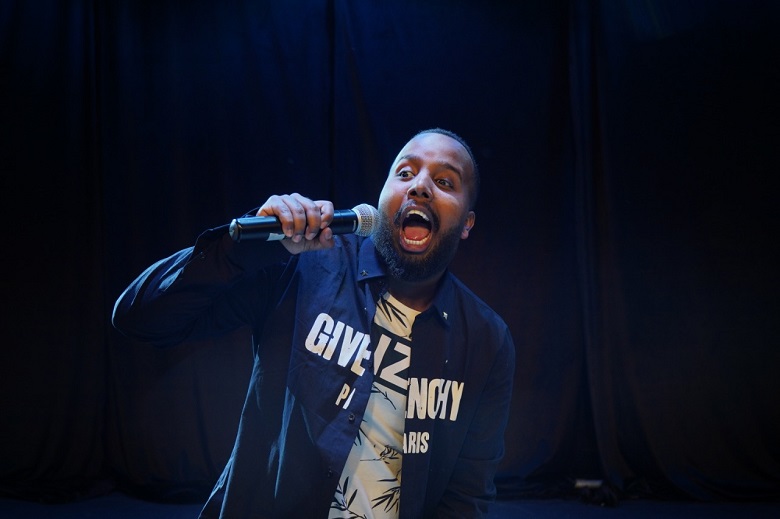 Bin Swelah is by birth an actor

Bin Swelah had taken parts in School Theater he had a great interest in acting more than study. God has given him the skill of humor, acting, and comedy. Bin Swelah realist himself a great comic actor in his School years. He notices he had a great gift to spinning a good story during his School, it was a level that begins his stand-up comic career, while he admitted it that he was not an extra-ordinary kid in the school but he has always an exceptional and coolest narratives stories to tell his fellows. He says, people always enjoyed his style of telling any story to them and makes laugh them too. Once he said, I would be told my peers and people about the things happened that I have seen those another day, there is a big tale and all people’s were listening to him carefully. Nowadays Bin Selah appears on a show, named The Comedy Suite, on Wednesday which starts at 8:30 pm. An occurrence at Flipside will mark his personality to the next successful career, it is given him a chance to be focused on his live performances.

This hardworking actor has earned the respect, fame, and admiration of not only the audience but also the experienced actors. Bin Swelah thought that he learned a lot to have self-assurance in himself.

“It has been a while, so I do view the show as a challenge for myself,”

Bin Swelah says. I want to go outside and meet up with people and show them what can I do and dose before, of course, the reason is simple if there are any other more stories to tell and learn a moral lesson from those. Because Bin Swelah recognizes that it is now an entirely different situation that you don’t have so much time and money to spend on television to become a star. Social activities can do it for you free.

Bin Swelah believes that an actor is a role model for his followers. Followers learn many things from their favorite stars. An actor is a jack of all trades, he can change the thinking of the nation by his actions. So a good actor teaches his nation well.

Mati
Mati-Ullah is the Online Editor For DND. He is the real man to handle the team around the Country and get news from them and provide to you instantly.
Share
Facebook
Twitter
Pinterest
WhatsApp
Previous articlePakistan’s Civil-Military Leadership ponders over steps to prevent Coronavirus Pandemic
Next articleSajal Ali and Ahad Raza Mir Wedding Pictures | Mehndi | Walima | Barat