The 33-year-old Alastair Cook will play his last Test match to be played against India at the Oval in London from September 7 to 11, 2018.

Having 44.88 batting average, Alastair Cook has scored 12254 runs with 32 Centuries in 160 Tests since he made his Test debut for England in May 2006 against India at Nagpur. 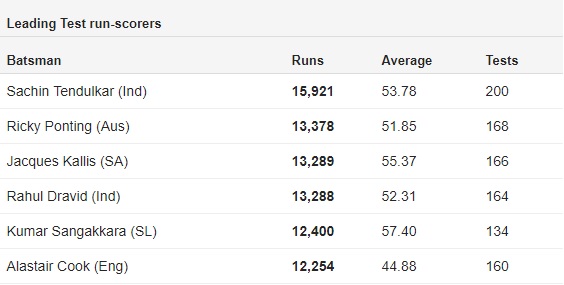 “I have achieved more than I could have ever imagined and feel very privileged to have played for such a long time alongside some of the greats of the English game,” said Alastair Cook.

Currently ranked 21, Alastair Cook has led the England team in 59 Tests and 69 One Day Internationals (ODIs). In ODIs, he scored 3204 runs in 92 innings with five Centuries and 19 Fifties.

It is worth noting that England has already won the five-match Test series against India 3-1, and last Test between the two teams will go underway on September 7 at the Oval.

No player has given more to the England cricket shirt .. No player has got more out of there ability .. No player has shown more mental strength than Alastair Cook .. More than that he is the nicest Cricketer we have ever had .. Thanks for all the memories Cookie .. #CookRetires

Breaking News! England’s Alastair Cook calls time on his 12-year international career. He will retire after the 5th Test against India at The Oval next week. @englandcricket v @BCCI #ENGvIND

What a brilliant career for Alastair Cook! One of England’s finest. Can retire with great pride at what he has achieved.

Mati
Mati-Ullah is the Online Editor For DND. He is the real man to handle the team around the Country and get news from them and provide to you instantly.
Share
Facebook
Twitter
Pinterest
WhatsApp
Previous articlePakistan asks Int’l Community to take meaningful steps to end human rights violations in Indian Occupied Kashmir
Next articleArmy Chief meets PM Imran Khan, discusses security issues