The celebrated war veteran Air Commodore Muhammad Mahmood Alam, popularly known as MM Alam, was officially credited for his remarkable show of brilliance on 7 September 1965 for establishing a world record of downing five Indian aircraft in less than a minute, the last four within thirty seconds. In a total, he downed as many as nine Indian aircraft in the aerial fighting and damaged two others in his F-86 Sabre fighter. Alam’s record assured his place as one of the great aces of the jet age.

Alam, who was nicknamed ‘Little Dragon’ for his skill, was a North American Aviation F-86 Sabre flying ace and an Air Commodore and served with the Pakistan Air Force. MM Alam was the first ever fighter pilot for PAF, listed on top in the hall of famers list at the PAF Museum in Karachi.

Alam is considered as a National Hero for Pakistan, most significantly, for his exceptional flying skill and inspiring feat of gallantry displayed in the war of 1965 for which he was awarded the Sitara-e-Jurat (“The star of courage”).

The war hero was born on July 6, 1935 to a well-educated family, in Calcutta, India and was the eldest of 11 siblings. Born and raised in Bengal, Alam was a fluent Bengali speaker, however his paternal line was of Urdu-speaking Bihari origin; having emigrated from Patna and settled in the Bengal province of British India for a long time.

The family migrated from Calcutta to eastern Bengal which became East Pakistan following the formation of Pakistan in 1947. It was in East Pakistan, where Alam completed his secondary education, graduating from the Government High School in Dhaka in 1951. He joined the then RPAF (now PAF) in 1952, being commissioned on October 2, 1953.

His family moved to West Pakistan in around 1971, after the secession of East Pakistan. Being the eldest of his 11 siblings, Alam did not marry as he had to assume the responsibilities of the upbringing of his family after his father’s death. He was engaged, but he opted to decide what was more important, his current family or his family-to-be; hence he chose the former and thus ended his engagement on that note. It was said about him that he was married to the skies. Some of his younger brothers became distinguished in various academic careers, as M. Shahid Alam, an economist and a professor at Northeastern University and M. Sajjad Alam, a particle physicist at SUNY Albany. 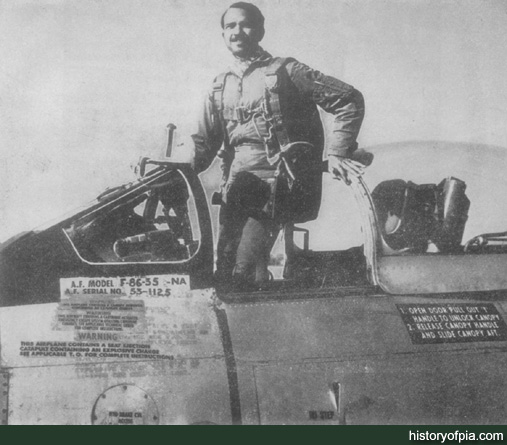 He was posted at Sargodha during 1965 war and was involved in various dogfights while flying his F-86 Sabre fighter, against the Hawker Hunter fighters then flown by the Indian Air Force.

During the Indo-Pakistani War of 1965, Alam scored an “ace in a day” on 7 September 1965 with a total of 5 kills and made the unforgettable history by knocking down nine Indian Fighter Jets “Hawker Hunters” in air to air combat despite Hawker Hunter superiority over F-86. He shot down as he sets an unbeaten world record by downing five Indian aircraft in thirty seconds. When Radio Pakistan announced his brilliance, people of Pakistan started rising the slogans of “Allah o Akbar”.

“Before we had completed more than of about 270 degrees of the turn, at around 12 degrees per second, all four Hunters had been shot down “.

In 1978, when Alam gave a speech at a Karachi university, he told that during the fight he saw a spiritual force coming from the sky.

The hero of the Pakistan-India 1965 war, who inspired several generations to join armed forces, Muhammad Mahmood Alam died in Karachi on 18 March 2013 at the age of seventy-seven years. 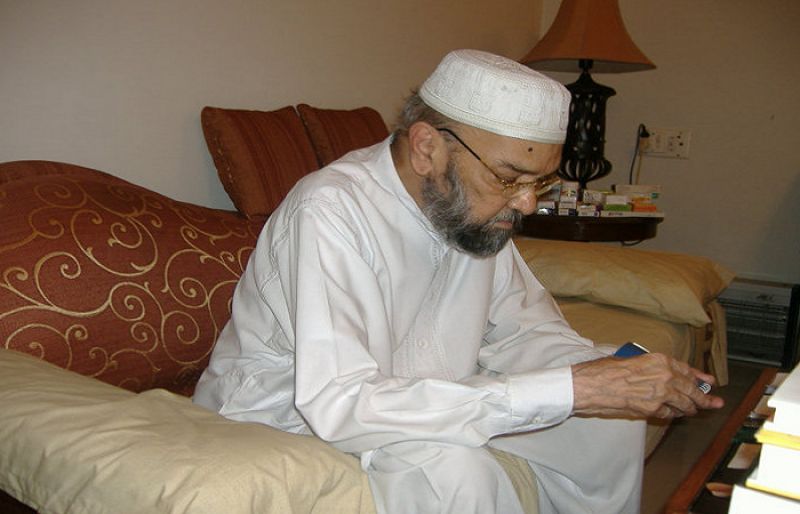 M. Alam Road, a major road in Lahore, Punjab, Pakistan is named in honour of the flying ace of Pakistan Air Force, Air Commodore Muhammad Mahmood Alam, running from Main Market to Gulberg. On 20 March 2014, on account of his first death anniversary, the PAF Airbase Mianwali was renamed after him as PAF Base M.M. Alam.