LAHORE, Pakistan: The Chief of Air Staff Air Marshal Mujahid Anwar Khan has visited the residence of Wing Commander Noman Akram (Shaheed) in Lahore, who embraced martyrdom in a plane crash last week during the rehearsal of Pakistan Day Parade.

Wing Commander Noman Akram embraced martyred when his F-16 fighter jet crashed near Shakarparian Parade Ground in Islamabad on March 11 while it was engaged in the rehearsal for the Pakistan Day Parade to mark ’80th Pakistan Day’.

Paying tribute to the brave air warrior, he said that the martyred pilot laid down his life for the sacred motherland. He further said that his martyrdom would always be remembered. 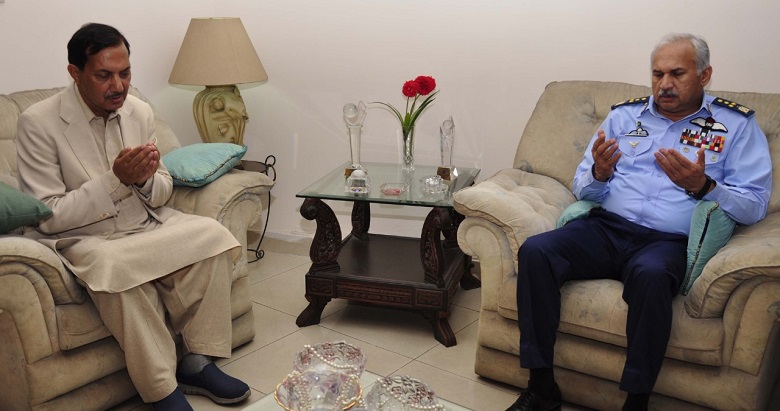 Earlier in the day, the Air Chief arrived at the PAF Base Mushaf, where he visited No 9 Multirole Squadron, the Unit of Wing Commander Noman Akram (Shaheed).

Mati
Mati-Ullah is the Online Editor For DND. He is the real man to handle the team around the Country and get news from them and provide to you instantly.
Share
Facebook
Twitter
Pinterest
WhatsApp
Previous articleCoronavirus threat: Punjab further tightens restrictions on gatherings, all gyms and snooker clubs shut
Next articlePakistan records third death of Coronavirus