Aiman Khan and Muneeb Butt are all in love with Amal with these adorable new clicks!

Aiman Khan has shared adorable clicks of her daughter Amal along with Muneeb and we just can’t take off our eyes. The cute Amal is so comfy in his father’s hands depicting the lovely bonding between father and daughter. Although Amal has always gained our attention with her pictures, however, she looks exceptional in these new clicks.

Check out these adorable clicks recently posted by Aiman Khan taking rounds over the internet. Amal is looking so cute with her father Muneeb as she gets ready for Eid-Milad-un-Nabi (S.A.W.W). Take a look! 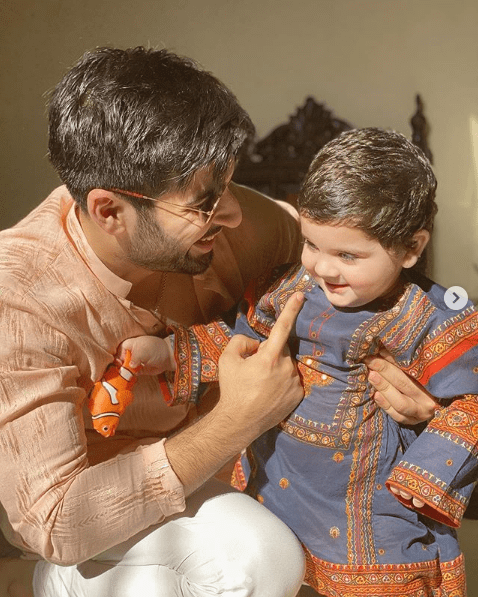 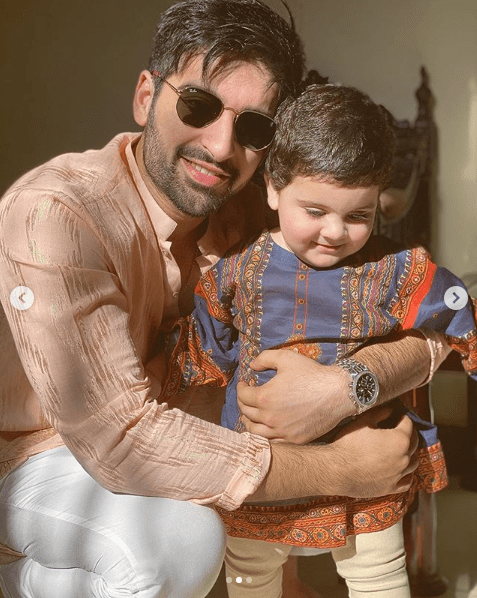 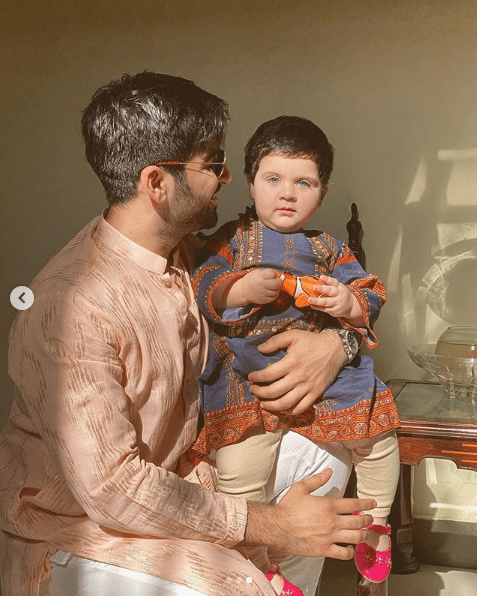 Amal’s traditional wear and the innocence on her face makes us speechless to admire her. On the other hand, Muneeb’s affection for his daughter is clearly visible in his strong expressions making the moment worthwhile.

Some More Clicks of Amal Muneeb

Here we have got some more clicks of Amal Muneeb that will make your day. have a look at these pictures! 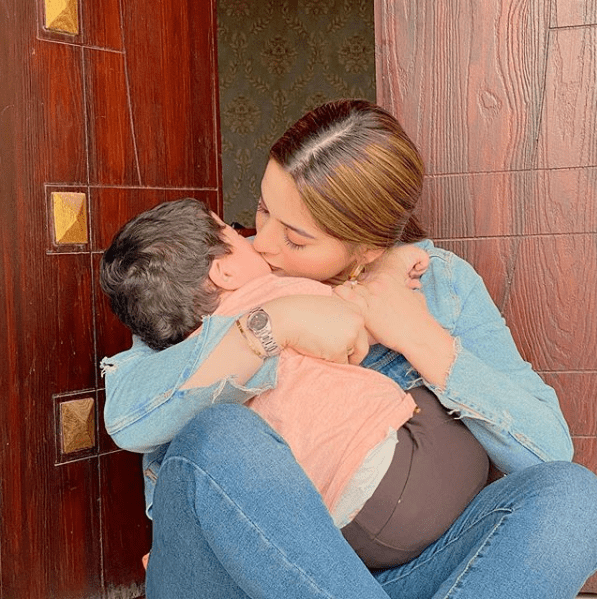 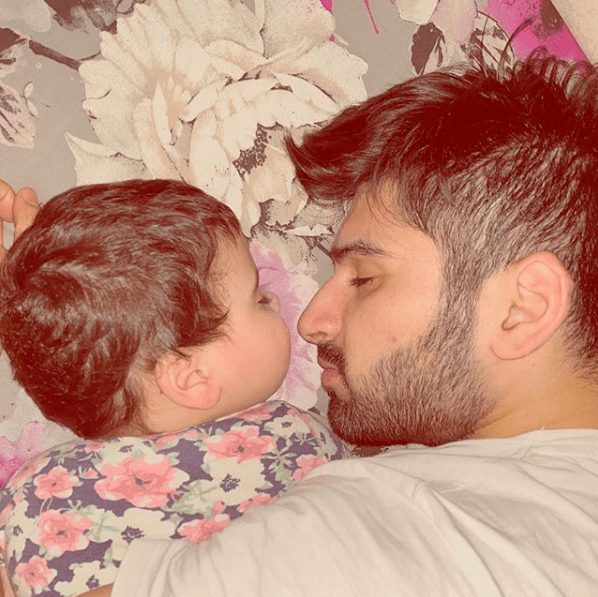 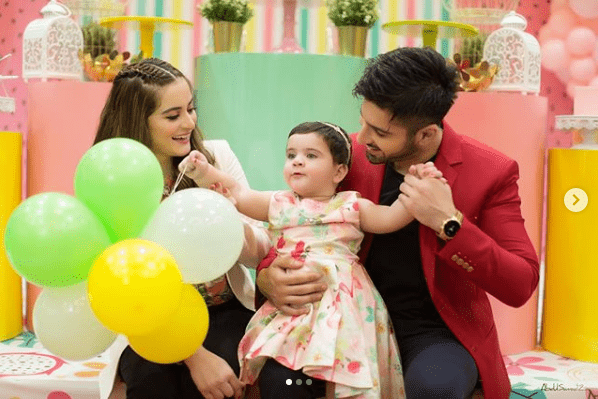 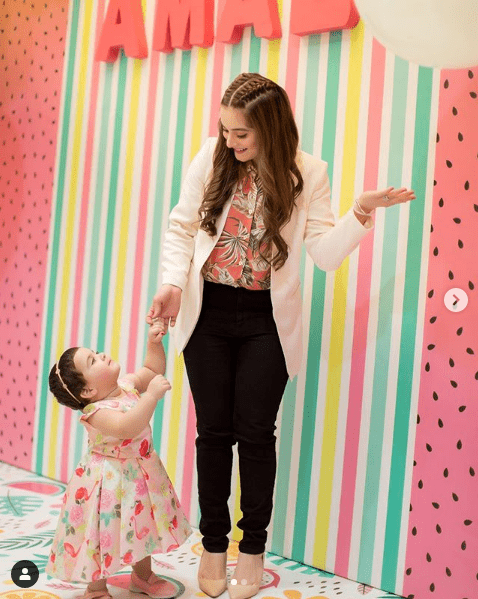 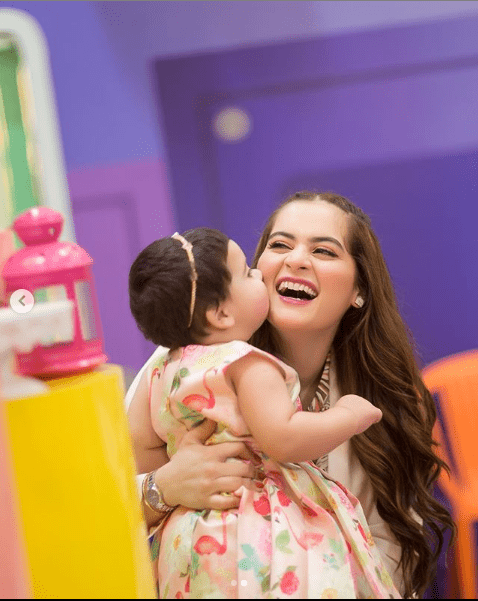 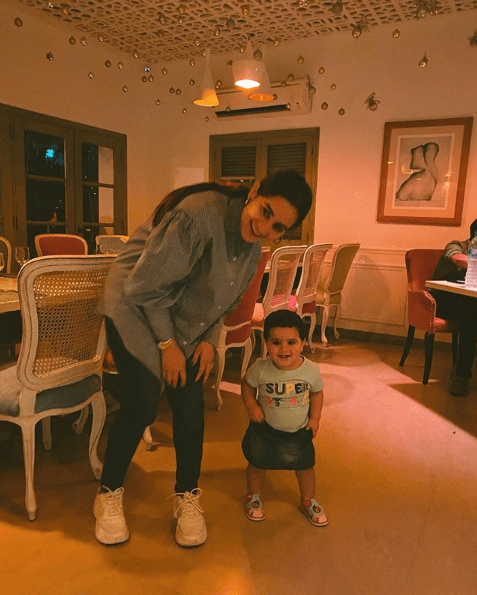 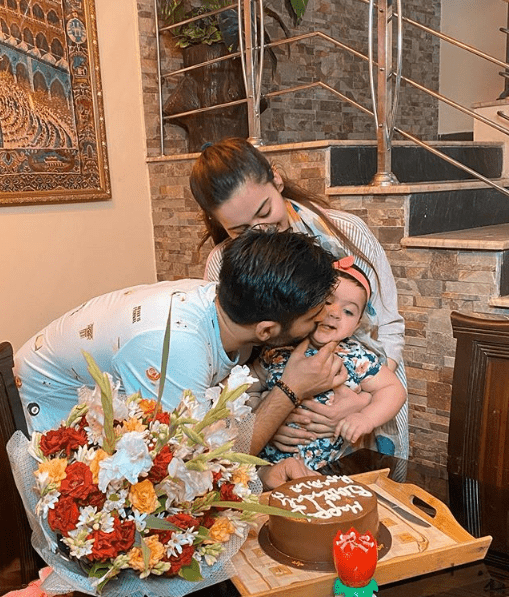 The lovebirds Aiman Khan and Muneeb Butt tied the knot on November 21, 2018. Their wedding is remembered as having the most number of events for which they also received great criticism. 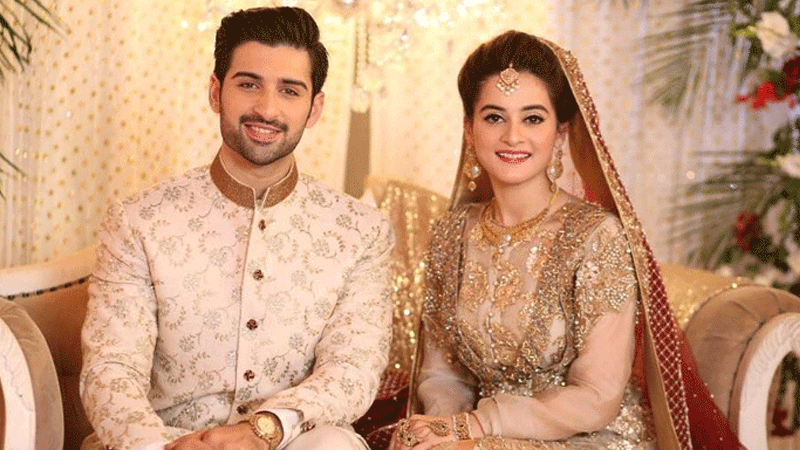 Aiman Khan had a bridal shower and the couple had two separate elaborative mayoun’s. They had a big nikkah function, there were also dholkis and even an evening with a theme in which celebrities were invited. People criticized Aiman Khan and Muneeb Butt for being extravagant and showing off. 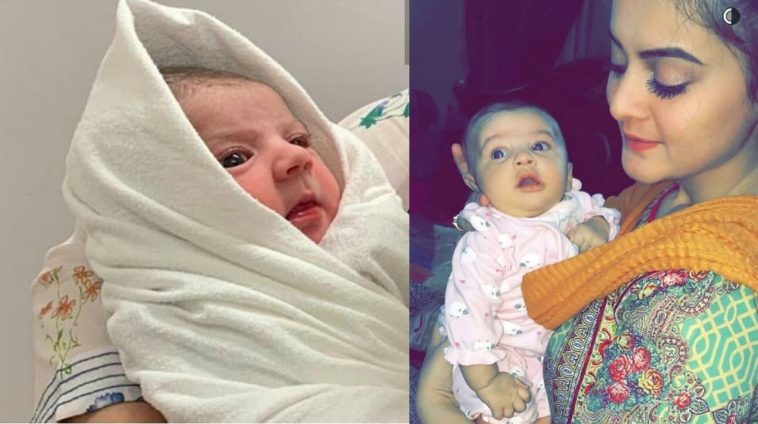 Aiman and Muneeb got blessed with a cute baby girl named Amal Muneeb on August 31st, 2019. Since then, the whole family remains in the headlines as Amal grabs everyone’s attention instantly with her adorable pictures. The couple celebrated her first birthday with a big event this year.

Wardah Farooqi
Wardah Farooqi has been working as a writer for 6 years. She also worked at Dunya News, Live Pakistan Magazine, and numerous local as well as international platforms. When she isn't writing, you can find her assisting people in bringing out the best!
Share
Facebook
Twitter
Pinterest
WhatsApp
Previous articleIndian oppression cannot suppress Kashmiris, believes High Commissioner for Pakistan Imran Siddiqui
Next articleThe Top 10 Most Criticized Bold Actresses of Pakistan – Pictures Inside!