Afghan War: A Story of “Reasons to Believe” and the Historic Defeat

On July 9, 2021, in Congress Standing Committee, the US President Joe Biden categorically said that the US-allied forces did not go to Afghanistan to nation-build and it is up to the Afghan people to decide their future and how they want to run their country.

Alas, the US shared this secret with the US taxpayers after ruining over 2.65 trillion USD and killing over 160,000 innocent civilians. The US military men causalities are not very high in the Afghan War as compared to 58,000 in the Vietnam war. Less than 2,500 US soldiers gave their lives for this war without clear goals. If the goal was dismantling Al Qaeda so it was achieved years ago. If Al Qaeda is still present, then why are the United States and its allied forces leaving Afghanistan? After dismantling Al Qaeda, the US-allied forces stayed long to ensure “women empowerment”, installation of the democratic system, providing better health conditions, achieving high literacy rate, ensuring gender equality, and placing a system where human rights are protected. Were these targets achieved?

President Biden is not ready to send another generation of Americans to war in Afghanistan with no reasonable expectation of achieving a different outcome. Will other nations of the US-allied forces ask their leaders why did their leaders send their children to a senseless war? The ISAF has a long list of countries and they are also answerable to the people of Afghanistan and Pakistan that why did they play havoc with their future for 20 long years when their countries and their leaders had no idea in what kind of war they had thrown their children into? The diction of “Collateral Damage” killed only civilians and would anybody audit the impact of this phenomenon and would avoid using this diction again in the future?

President Biden stated that the Afghan leaders have to come together to decide the future of the country; meanwhile, the US will continue to provide civilian and humanitarian assistance including speaking for the rights of women and girls. No doubt this is a sane approach but the point had been a bone of contention between the US-Taliban peace talks for years because the Taliban are (were) of the view that let Afghans live alone and let them decide what kind of social and political systems they wish in their own country.

President Biden also mentioned the following points during his presentation to the US Congress Standing Committee and these points are also important to remember. I am reproducing his viewpoint hereunder so researchers have an idea of what kind of justifications came from the United States while leaving Afghanistan after 20 years of war. He said:

His comments at the Standing Committee are an eye-opener for all other countries who joined the War on Terror that it was a war for the United States and by the United States and all member states were ruthlessly used for US interests. NATO is a byword for the United States so there is no question for answering why did NATO members join this endless war but the countries of the International Security Assistance Force (ISAF) should review this position and the cost they gave to this war and should go through a retrospective approach.

It is not confirming when and where the US would wage a new war by using the diction of Democracy, Human Rights, and Gender equality. Libya is already ruined, Syria and Iraq face the brunt, Afghanistan defeated NATO forces but there are many countries who can be the next target in South Asia, Africa and even in Central Asia where, according to the US parameters, human rights are denied and where the US will have “Reasons to Believe” that terrorism is flourishing. God knows when “Reason to Believe” diction would be contested by the US-allied countries before jumping into US wars. We should remember the US-allied forces had Reasons to Believe that Al Qaeda had Dirty Bomb, Saddam Hussain had Weapons of Mass destruction (WMD), Syria was using Chemical Weapons, and Libyans were planning to attack US interests. 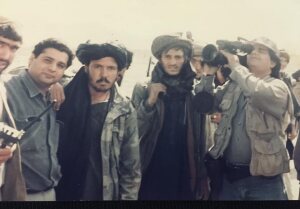