KABUL, Afghanistan: The Afghan Taliban Spokesman Zabihullah Mujahid on Tuesday announced the formation of a new interim government in Afghanistan.

While addressing a Press Conference in Kabul, Zabihullah Mujahid said that Mullah Abdul Hassan Akhunda will head the Islamic Emirate of Afghanistan as the Prime Minister while Mullah Abdul Ghani Baradar will be his Deputy.

Qari Fasihuddin Badakhshani has been appointed as the Chief of the Afghanistan Army, Mullah Abdul Haq Waseeq as the Director Intelligence, Haji Mohammad Idrees as the Director Central Bank, and Maulvi Ahmed Jan as the Director Administrative Affairs.

Zabihullah Mujahid said that Haibatullah Akhundzada will be the Ameer-ul-Momineen, and he will guide and supervise the Islamic Emirate government. 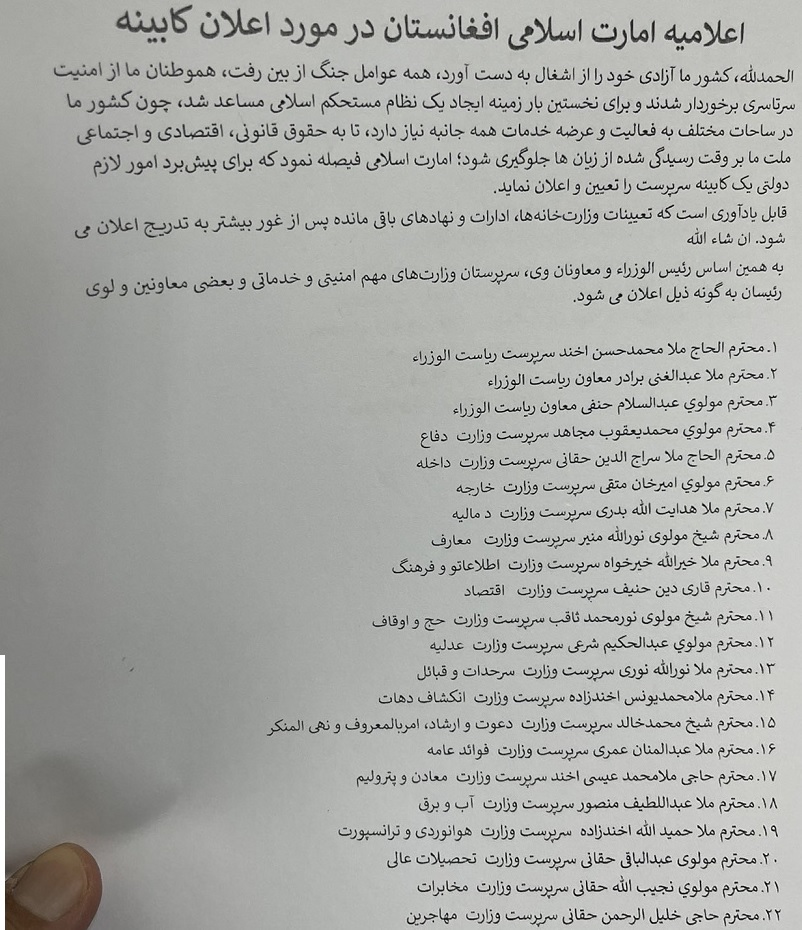 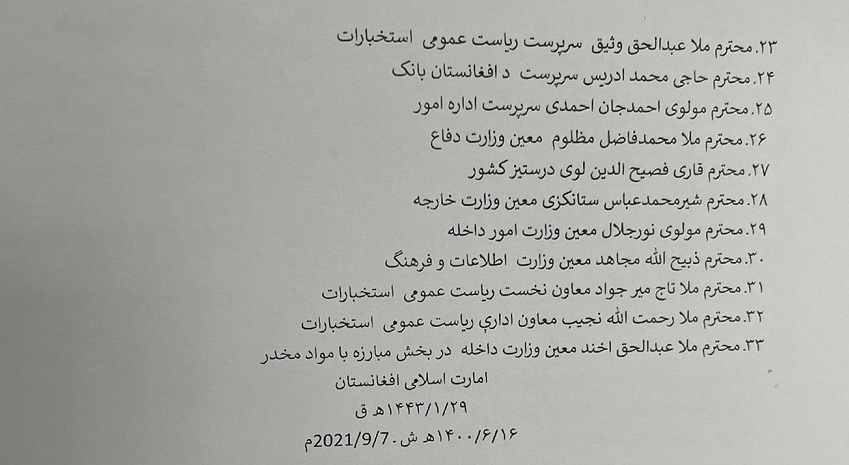