LAHORE, Pakistan: Activemedia, a Lahore-based integrated experiential marketing and events agency, won the bronze in the category of South Asia ‘Experiential Marketing Agency’ of the Year 2018.

The agency won the award at the 25th Edition of Campaign Asia-Pacific’s Agency of the Year awards held on December 4 in Mumbai, India.

The award was given in recognition of Activemedia’s work for numerous campaigns, including but not limited to campaigns such as The Coca-Cola Food & Music Festival, HBL Independence Interactive ATM and setting the Guinness world record for making tea in the biggest pan ever. 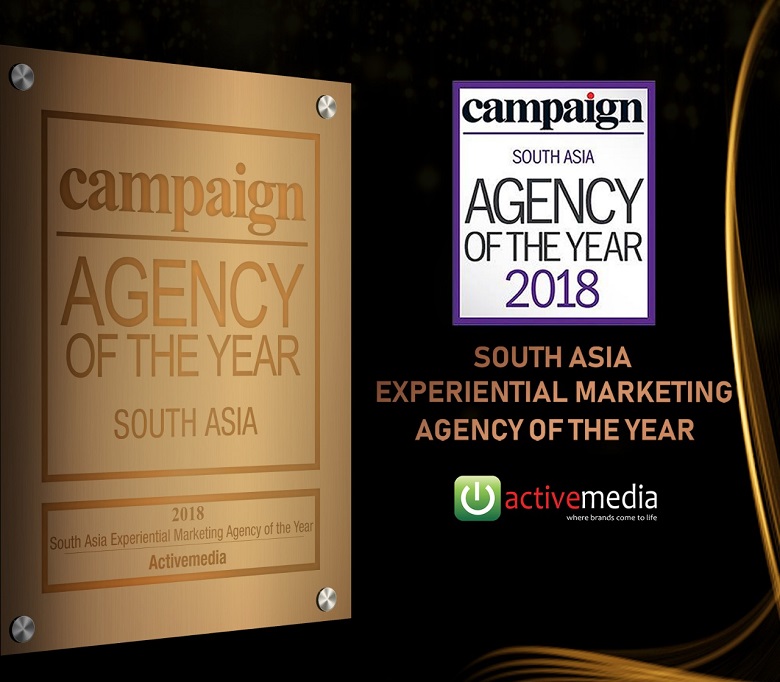 “On behalf of myself and my team, I would like to thank Campaign South Asia for recognizing our work. Experiential marketing is a growing trend worldwide and a Pakistani agency being acknowledged is a big win for Pakistan! I would like to acknowledge the hard work of each member of my team and hope that we will raise the bar even higher in 2019 and beyond” said Saad Khan CEO Activemedia.

Activemedia engages audience and builds brands with real measurable experiences, focused on technology and research. Having seven offices across Pakistan, it aims at setting a global benchmark in terms of creating brand experiences for a diversified consumer market.

Mati
Mati-Ullah is the Online Editor For DND. He is the real man to handle the team around the Country and get news from them and provide to you instantly.
Share
Facebook
Twitter
Pinterest
WhatsApp
Previous articlePresident Arif Alvi stresses construction of new ships for Pakistan Navy
Next articleIndian Civil Society Cries Over Massacre of Innocent Kashmiris in Pulwama