KARACHI, Pakistan: A group of experts on education and members of the civil society organizations from Islamabad, Punjab, and Sindh gathered in Karachi on the invitation of the National Commission for Justice and Peace to observe and document concerns over the Single National Curriculum and other lapses in the Country’s schooling system, and to provide relevant suggestions.

After holding its meetings with the Provincial Education Minister Syed Sardar Shah and the Head of the Curriculum Wing at School Education and Literacy Department Dr. Fouzia Khan, as well as other stakeholders, the group expressed its appreciation for the Sindh government for taking a principled stance against attempts at centralization of education in violation of provincial autonomy guaranteed by the Constitution under the 18th amendment.

In this light, the group found that the Sindh government is setting the right direction by taking ownership of its school curriculum making with due regard for the existing ethnic and religious diversity in the province.

However, the group also observed that still there is a need to enhance inclusivity in education, especially with respect to religious minorities and marginalized groups in Sindh. 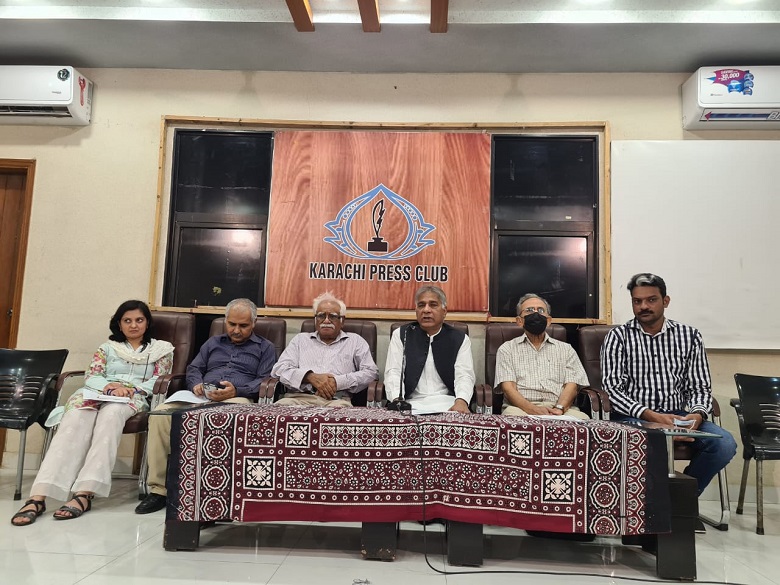 The group members suggested that the curriculum should be in line with international standards.

They also stressed that article 22(1) of the constitution of Pakistan must not be violated as it promises safeguards for religious minorities in the learning environment. The government should therefore not allow embedding religious content in compulsory subjects.

For meaningful consultative processes to adopt a qualitative and inclusive education policy, the group has called on the Sindh government to operationalize and enhance the working of its newly established commission on education reforms to review all previous and existing policies, plans, curricula, and learning materials and make headways for more improvements.

The members have expressed hope that sincere efforts will be made to save education from any deterioration.

It also expressed a greater need for making a realistic assesment of the current learning poverty in the country and to understand what policy shortfalls are responsible for the increase in the number of out-of-school children and drop-out of students.

Mati
Mati-Ullah is the Online Editor For DND. He is the real man to handle the team around the Country and get news from them and provide to you instantly.
Share
Facebook
Twitter
Pinterest
WhatsApp
Previous articlePakistan’s Startup Ecosystem ready for lift off now: CEO Ignite
Next articleDigital Rights Foundation releases its five-year cyber harassment helpline annual report