WANA, Pakistan: The Assistant Commissioner (AC) Wana Bashir Khan and members of various Press Clubs visited the District Press Club Wana and offered condolences to the journalists over the sad demise of senior journalist Javed Noor Wazir who breathed his last on February 12, 2022.

Bashir Khan expressed on Tuesday condolence on behalf of the DC South Waziristan Amjad Meraj and the entire district administration. On the occasion, he provided financial assistance to Jave Noor’s sons. 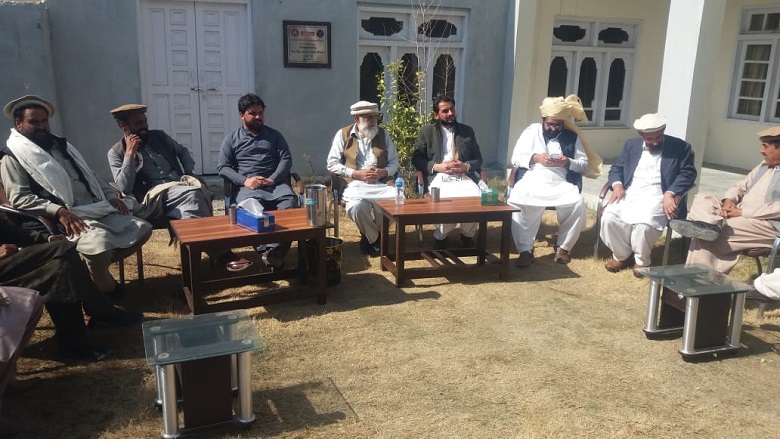 Javed Noor Wazir was among few senior most journalists of the tribal region who performed his duty with great dedication and devotion without compromising his principles. That is why he left indelible and lasting marks on the field of journalism.

Later, the Assistant Commissioner Wana Bashir Khan along with journalists from all the press clubs visited the house of the late senior journalist Javed Noor and offered condolences to his family and prayed for the departed soul and to give courage to the bereaved family to bear the irreparable loss.

The Assistant Commissioner Wana said that Javed Noor was a good, sociable, sincere and upright man. He was shocked to hear the news of his death.

It may be mentioned here that special Quran Khawani was also held at District Press Club Wana for Javed Noor.