The Child Cries with Hunger inside Occupation Museum Aarhus

The Aarhus Occupation Museum is similar to most European museums I have been visited. The art of display somewhat touching the boundaries of dramaturgy is fundamental to western museum scenarios.
Bygone the days, the Antiquity style of display is redundant now and visitors/viewers are the main focus of the museum business now. The mixed-use of light sound and personal interaction not only makes the experience of visiting a museum more communicative but aesthetic crave also get fulfilled. 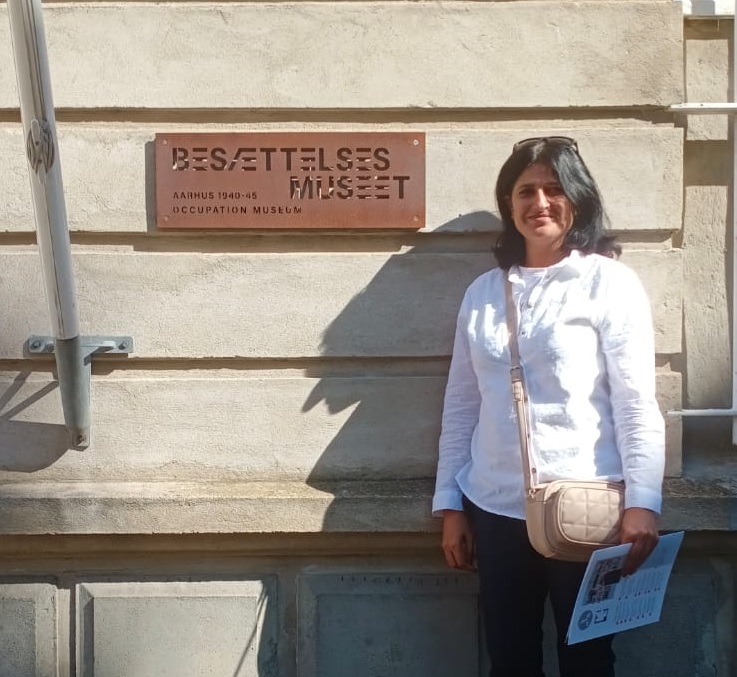 I had been studying in the city of Aarhus Denmark for years but the desire for visiting museums in the city of Arhus had never been so intense as I felt when I was visiting Aarhus this September.
Landed in my alma mater Aarhus University, I felt again at home— same corridors, windows, and doors from whom I took a new turn of the journey of my life— were greeting me. Yes, I am here –I told you I would come back someday—
Being a student of Communication Philosophy and Semiotics, I have developed an interest in Museums and art galleries—- where thoughts are displayed not spoken — where communication is through presentation instead of uttering mere words.

Visiting Occupation Museum (Danish: Besættelsesmuseet) was top on the agenda because the Museum was reopened after two years of refurbishment and the construction of a brand new exhibition. The exhibition deals with the history of Aarhus during the German occupation when the city was going through horror, terror, rationing, blackout, and bombs at night.
The entrance of the museum is like an old-time office leading to a corridor that takes you to a display area and opens up in another corridor.
At the beginning of the corridor, a small room has been designed as an office of a Nazi officer. The moment you enter the office, piercing eyes are straying right at you. A big table an office chair plus an LED screen on the wall right behind the chair. On the screen, the fully decorated uniform officer is looking right at you with the expression “what do you want?”
The eyes and body Nazi Officer move from time to time enough to make you forget that you are not going to see the relics of the past, you are actually going to live and breathe –a horrific time in the past.

The tangible eeriness intensifies in the very next room where the prisoner lying on a bench crying with pain, pain, and torture is so visible on his face that you will not resist moving closer to the body to see that if it is real.

The body lying in the chilling cell is, of course not real but the dummy is a masterpiece of art, a replica of human expression at its maximum. The background sound and chilling experience get attached to you for life.

The display at the end of the corridor includes items such as weapons, secret means of transporting weapons and goods, Nazi uniforms, important documents of the time uniform of a prison, and workstations of Nazi spies.

3-D Wall was displaying a timeline of Aarhus’s Nazi occupation, important events, pictures of important people. All the information spanning 1940-1945 has been provided intensively.

An apartment projecting family life in Nazi occupation is an interesting addition which I have not seen in any other Nazi-themed museum. The small one-bedroom kitchen and leaving-room in the apartment are interesting to study in the Aarhus Occupation Museum. Beside the entrance, a wardrobe hanging a paper waistcoat has been displayed to tell the visitors that commodity shortage during the time was so real and palpable. People were making clothes with paper for daily wear.

A tidy clean kitchen was explaining the shortage of heating and gas supply, an auxiliary firewood stove was installed to explain that gas shortage was an often practice and to maintain household so one had to arrange an alternative.

Food stamp of the time was displayed in a basket placed on the kitchenette, minimum grocery and minimalistic dining room was more than enough to give a complete living experience of the time. 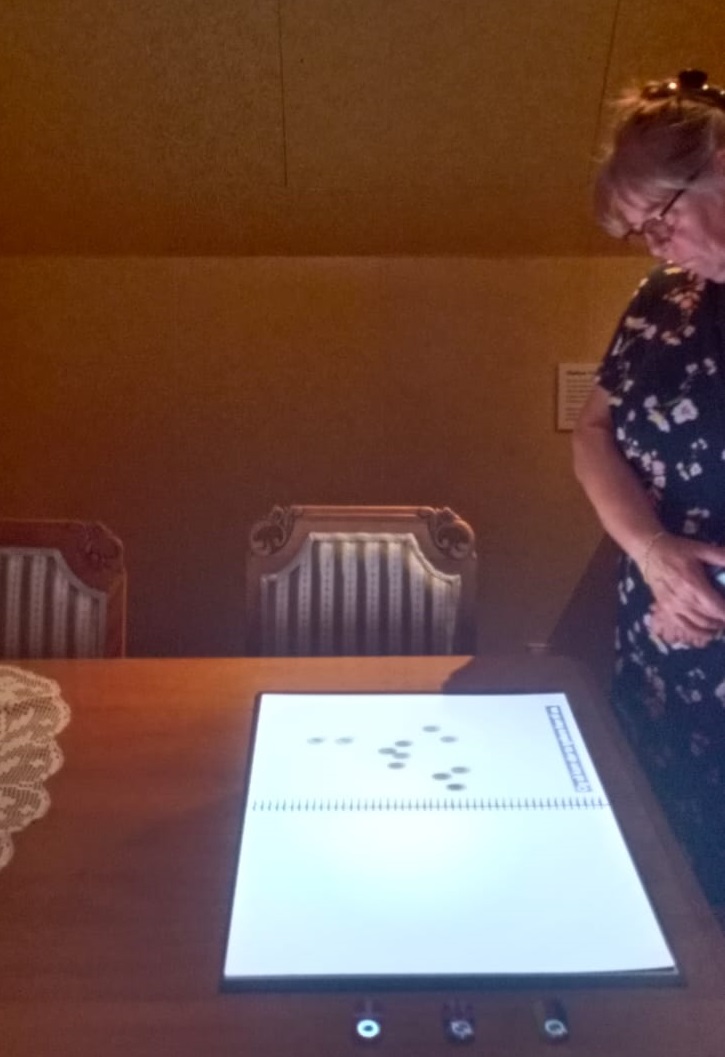 Over the dining table, a children’s storybook was displayed, above the dining table a projector on the ceiling projecting a child’s experience of horror and terror.
When you turn the page of an electronic book, the projector above displaced a moving montage of moving pictures with the child’s voice in the background narrating his experience. The sad and terrified voice of that child, right in the heart of the house provides a strong impact, and among the entire experience that particular experience affected me the most.

The Art of Museum is not studying the past anymore. Libraries are replete with books for that purpose but museum art in Europe is helping the people to experience the past, to live that moment in the past, which has a far-reaching impact in comparison to looking at an object displayed in isolation and ripped off from its context.

Occupation Museum offers an insight into the lives and deaths of ordinary people, tools used for executions, the German soldiers, and the Gestapo’s executioners and victims. Actually, this exhibition tells the story of those who took sides, either becoming freedom fighters or serving the Germans.

The museum is situated in the historical center, the Latin Quarter, in Midtbyen and shares the building of the Women’s Museum. The building was constructed in 1856-57. In the later part of WWII, it served as the Gestapo headquarter. The Occupation Museum tells the dramatic story of Aarhus during the occupation in the Second World War.
The preserved torture cells and basement rooms tell the story of everyday life, Danish propaganda, and Nazi terror during the war.
According to the office of the Museum, the purpose is to document, preserve and pass on the history of the Occupation in Aarhus for the citizens, tourists, and others who are interested. The Museum was established in 1982 with the name “MUSEET FOR BESÆTTELSEN I AARHUS, 1940-45”. It is situated at Mathilde Fibigers Have 2
8000 Aarhus C, Denmark.

The Occupation Museum is run by volunteers and the only revenue comes from ticket sales and donations from private individuals and organizations. In 2003 the museum went into a partnership with the museum Bymuseet and in 2008 the museum administrations were merged. In 2010 Bymuseet moved to The Old Town. From 2018 till late August 2020, the museum was closed while going through a thorough renovation and renewal. The new museum focuses on the ethical dilemmas everyday citizens were faced with during the occupation but is presented in a way that engages the visitor.