A Timeline Of Sana Javed And Umair Jaswal’s Relationship

Sana Javed and Umair Jaswal recently tied the knot in an intimate ceremony, leaving us all stunned. Though there were speculations and rumors surrounding the two, we never actually got to see them together and get the much-anticipated confirmation. Moreover, Sana kept her quiet always while Jaswal denied any relationship. Hence, the sudden news of this marriage has left us all shocked albeit pleasantly. 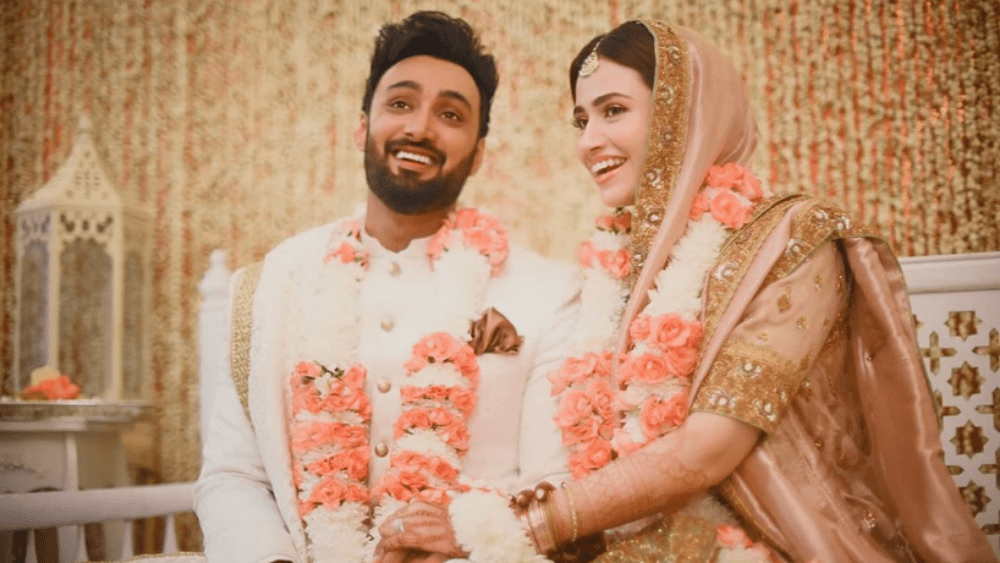 We wish both of these celebrities the best and love for their life ahead. Both of them have a huge fan base, which is left excited because of this news. This is why here is a timeline of their relationship most of the fans yearn to know:

By the end of 2019, the rumors of the couple’s relationship started surfacing over the web. We hadn’t actually seen them together but Sana’s friendship with the Jaswal brothers wasn’t new news. This news further solidified when she sent him a birthday cake to Umair on his special day. She sent him a sport bike-themed cake in his favorite colors to which Jaswal replied that he loved it and she just gave him an idea for his new bike.

Here is the screenshot of the exchange that happened on social media: 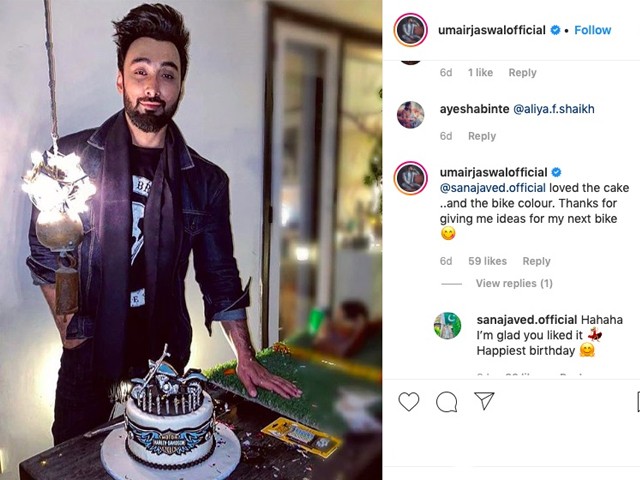 Soon after, the insiders revealed that the duo was dating and was exclusively in a relationship. But we still didn’t see the two together or heard anything official.

In early 2020, the rumors started surfacing that the couple is tying the knot in 2020. The news close to the sources revealed that both of them were serious and extremely in love. Once again, the couple didn’t comment and stayed silent.

The rumors subsided after some time, but the news of two seeing each other surfaced on social media now and then. 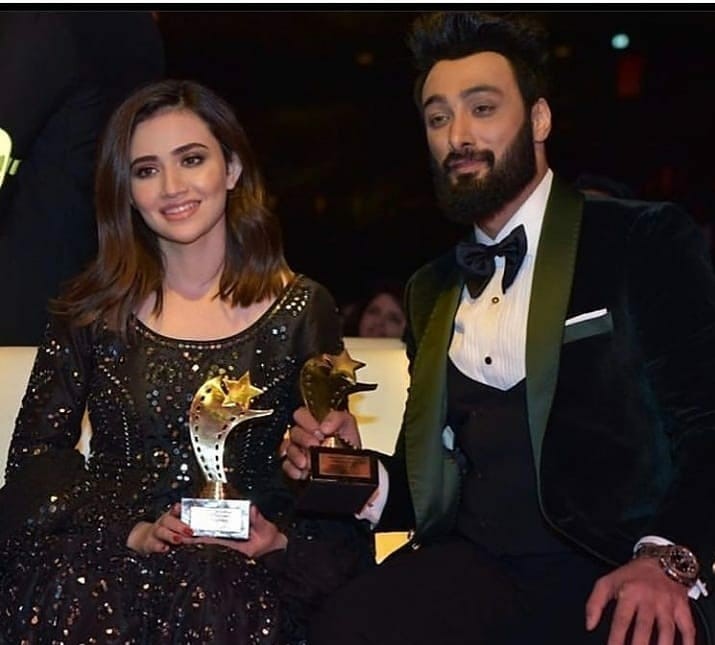 The big hiccup came when in July this year Umair, in his interview, revealed that Sana and he were really good friends. He denied any sort of relationship or marriage plans on the media.

“Me and Sana Javed have been best friends for a very long time we have been good friends and we love and respect each other.”

“We are really good friends but whenever that point comes in our relationship that its official and it happening when this door opens then you can’t stop anything which is coming in your way and you don’t like it,” he added. 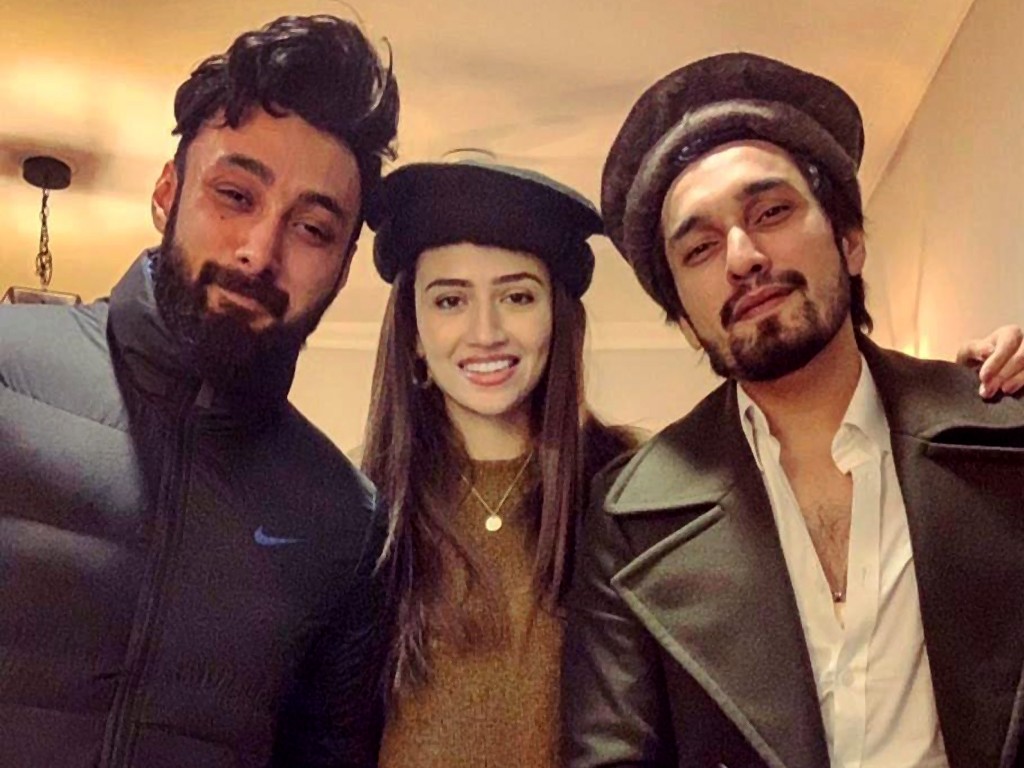 He further said that he valued his and Sana’s friends, and wouldn’t want to get into any publicity stunts just for the sake of attention. This shattered the hearts of the thousands of his and Sana’s fans who were rooting for the couple.

In a pleasant turn of events yesterday, the news of the couple’s marriage surfaced on social media. The couple tied the knot in an intimate ceremony and shared pictures on their Instagram accounts as well. Not just Sana and Umair, but younger Jaswal also shared the picture and welcomed Sana to the family as well. 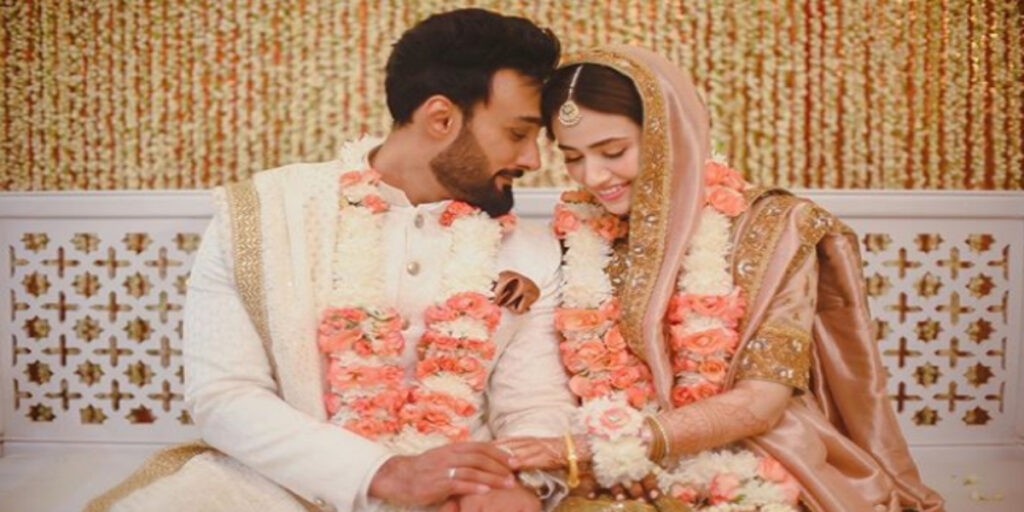 That being said, though we didn’t see a marriage coming, we do love how one of our favorite couples is finally together and it is out in the world. Evil eyes off! We wish both of them a lifetime of love, light, and togetherness. Can’t wait to see more of them together.