A postcolonial/decolonial approach to “Wandering Island” Novel by Simin Dāneshvar

Writing as a process of thinking cannot be outside of the power system. The disciplines of postcolonial studies have contributed in important ways to rethink how we understand the notion of literature today. A literary text is valuable not only for the text and words but also for its portrayal of representative minority experience and strategies of resistance. Postcolonial literature has been classified into two main areas. Some of these works were written by the colonizers. Most of it was written by the colonized people or the most colonized nations. in other words, the ability to narrate or prevent other narratives from forming and emerging is critical to culture and imperialism. It is one of the primary links between them. (Robbins et al.,1994).

Simin Dāneshvar (28 April 1921 – 8 March 2012) was an Iranian academic, novelist, fiction writer, and translator. She was regarded mainly as the first prominent Iranian woman novelist. Simin Dāneshvar published the Wandering Island in 1993. In other words, this novel is a text by an Eastern writer about the orient (in this case, Iran), and the story was written after the Islamic Revolution, but its narrative dates back to before the Revolution in Iran. The story is dedicated to the author’s critical representation of the presence and domination of Western foreigners, the reaction and relationship of different sections of society in the 90 decades in Iran in the face of the West, which indicates the capacity of this story to analyze from a postcolonial/decolonial perspective. In this essay, I want to adopt a postcolonial worldview.

Summary of the novel

“Wandering Island” is the story of Hasti Nourian, whose choices and life events provide a ground for addressing two different and dominant discourses of the historical period in which the novel is taking place. These two discourses are Marxism and Islamism. The characters who are the representative of these two discourses are Murad and Salim. They both fall in love with Hasti, and now she is wandering between these two characters, or it’s better to say between the two discourses. Hasti’s father, Hossein Nourian, was a fan of Dr. Mossadeq (a political leader). He was killed during the protest supporting Mossadeq. The memory of her father, which her grandmother essentially narrates, provides grounds for talking about Mossadeq and the political events of those days. The other character of the novel is Simin Daneshvar as Hasti’s professor. Visiting Simin in her home and the presence of the two mentioned discourses leads to the remarkable presence of Jalal Ale-Ahmad (Simin’s husband and one of the famous Iranian novelists and intellectuals). Although he is dead at the time of the story, he takes a significant part of the vocabulary and discourse of the story to himself. The other character, Ahmad Ganjour, is the second husband of Hasti’s mother. He represents the high and upstart class of the society that has gained wealth and social status through having relationships with foreigners (Americans and British). Hasti’s mother and Mr. Ganjour’s parties provide the ground for the presence of the cultural and military counselors of the West in Iran and their implicit and explicit impact on the social and political level. The other characters like Bijan (Hasti’s stepbrother) and Shaahin (Hasti’s brother), who are a part of the body of the novel, develop the story alongside the main characters. ( Kalifi&Moshayedi,2019).

The role of language in Postcolonial criticism

Language is often a central question in postcolonial studies. Various stories that can form us should not overlook.  Language can be one of these stories. Humans are at the mercy of a specific language that has become the medium of expression for their society. “The fact of the matter is the real world is to a large extent built on the language habits of the group.” (Mazrui,2002. p.268). The language in every nation is intertwined with identity and culture. The novel’s characters have various perspectives toward foreign languages (in this case, the English language). Communicating, getting a job, hiding words, bragging, and showing off are some of the goals they pursue in learning and using English. The most remarkable tendency to use a foreign language in the story is the aristocracy (the Ganjour family) to pride and establish a sincere relationship with Westerners. Before the Nowruz celebration (Persian new year) in Ganjour’s house, they emphasize the use of English: “This is the second time he has warned that the official language of the banquet will be English. Except among ourselves and in exceptional cases. ” (Wandering Island, text in Farsi, p.32).

The use of English is not limited to formal occasions, such as the New Year celebrations attended by American guests. It also includes family and forced conversations between individuals and members of the household. Ishrat, Ganjour’s wife, learns and uses English to brag and show off and be close to Americans, especially American women, and sometimes to speak secretly to her Persian friends. In other words, English language is a figure for representation of secrets and mysteries and acts as mystical.

The appreciation of the Western language and its use by members of society, especially the affluent class, make their language appear as a colonial product infiltrated into national structures. Young argues that to be accepted, you have to speak the right language, which is the language of academia. And of course, as in this story, the right language is the dominant language, which is the language of the West (Young, 2016).  In other words, the domination of western perspectives is based on the structure of power, and language as an institution represents this system of power. McClintock states that “the language of discovery was a language of disavowal and dispossession, robbing the discovered classes of original authority and erasing their power to represent themselves as well as their power to make history.” ( McClintock, 2013, p.121 ). So, such a process puts the Persian language under the domination of a foreign language and threatens the foundations of national and indigenous languages.

Center and Margin in Postcolonial Criticism

Addressing self / other binary construct is one of the significant topics in postcolonial criticism. Said argues that “representations of the ‘Orient in European literary texts contributed to the creation of a dichotomy between Europe and its ‘others,’ a dichotomy that was central to the creation of European culture as well as to the maintenance and extension of European hegemony over other lands.” (Loomba, 2007, p.61) As a matter of fact, ‘knowledge’ about the orient was part of the process of maintaining power over them. We can see this dichotomy in the novel as margin/center, west/the rest, active/passive, and dominant/defeated. As Said mentions, what it is we are dealing with, in reality, the interconnectedness of innumerable lives, “ours” as well as “theirs.” (Said,2001).

In the thought of East to West (Orient to Occident), Iranians have elaborated a kind of centralization from the West, especially the United States, with different forms and goals in the novel.  Various social classes have portrayed the West as where the ends of desires and aspirations (a utopia). America is a utopia that some characters in the novel want to travel to.

Another essential part to be mentioned is that racial and sexual ‘others’ derive from ‘the same deep structure’.  In a patriarchal society, women are split subjects who watch themselves being watched by men. (Loomba,2007). In the novel, Mr. Krossly, a character who is introduced as an archaeologist, but in fact pursues the other goals. His attitude toward Iran and its people is dominating and degrading. He sought to find antiquities for economic purposes, provide a solution to SAVAK (Secret Intelligence Service in Iran in Pahlavi kingdom) to fight political activists and prisoners opposed to the Pahlavi regime to gain more power strengthen the colonial thoughts in Iran. He is a US agent (FBI agent/spy) to find a suitable place to the burial of chemical waste. In one part of the novel, he tells Hasti:” would you like to go to the US? Hasti says nothing. He continues:  It is possible if you are gentler and kinder with me. Don’t be an idiot. Be modern.” He gives a glass of pineapple juice to Hasti and says: “Go to the US. You are wasted here.” In this part, we can see how East and West face each other and how Mr. Krossly portrays the process of the ‘othering’.

In addition, “The coloniality of gender is sensed as concrete, intricately related exercises of power, somebody to the body, some inside a room as indigenous female-beasts-not-civilized-women are forced to weave day and night”(Lugones, 2010, p.753). From a feminist point of view, the personality identities cultivated in the girls, are much less central to the culture. They cannot develop a sense of equal worth or self-respect. (okin,1998). In that dialogue, Mr.Krossly (representative of West) acts as a savior, and the US portrays a superior culture that can save Hasti from her Subaltern role. On the other hand, we can see a kind of sexual harassment in his dialogue. In other words, “Women’s bodies are transformed into “things” to be consumed and discarded” (García-Del Moral,2018, p.938). Phillips states that “The social meaning and significance of cultural practices are best understood by those who engage in them, and it is all too easy for “outsiders” to misread them”.(Phillips, 2002 .p.12). In other words, linking notions of cultural inferiority, the race provided a versatile substratum for the coloniality of power, justifying a hierarchical social system that accorded control over human and material resources to the colonizers. (Mendoza, 2015).

Colonialism always positions the West as more advanced, civilized against the barbarians, the modern against the premodern, or the developed against the underdeveloped, the superiority of the West was never questioned. In one part of the novel, Mr. Krossly, in the Nowruz celebration (Persian new year), pushes away one character -called Black- (a traditional persona who sings and dances and plays music in the moment of changing new year) and says:” go away negro.  I hate blacks.”

To sum up, the process of decentering and displacing Western hegemony initially focuses on examining its links to colonialism and racism. On the whole, approaching postcolonial critics toward literature has underlined that state repression and state surveillance, sexual violence, racism, and so on cannot be pitted against each other but need to be simultaneously addressed. Racism, sexism, and colonialism are dynamic processes, and in this novel, they can be scrutinized.  Women in ‘wandering Island,’ deeply engaged with The process of “othering.” It happens when society divides people into two groups: the “reference group” and the “other.” Women who bear their “otherness” face multiple oppressions in more than one way, making them more vulnerable to assaults on their well-being than women who bear their “otherness” in only one way.

1-García-Del Moral, P. (2018). The Murders of Indigenous Women in Canada as Feminicides: Toward a Decolonial Intersectional Reconceptualization of Femicide. Signs: Journal of Women in Culture and Society, 43(4), 929-954.‏

6-McClintock, A. (2013). Imperial leather: Race, gender, and sexuality in the colonial contest. Routledge.‏

9-Phillips, A. (2002). Multiculturalism, universalism and the claims of democracy. United Nations Research Institute for Social Development. 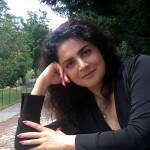 Note: Somayeh Sadat Makian is a Persian novelist who has published three novels (in Farsi) in Iran. She is a clinical psychologist and registered member of the Psychology and Counseling Organization of Iran (PCO) and manager of her private clinic (Ravi Psychology Clinic) in Tehran. She has 14 years of experience in consultation, research, and teaching. She is living in Prague and studying at Charles University in gender studies.