A Nation of Name Callers: Analysis of Slur Users and Slurring

Van Din Tran in his book published in 1987 titled “Communication and Diplomacy in a Changing World” calls that the art of Communication for diplomacy is as blood is to the human body. Whenever communication ceases, the body of international politics, the process of diplomacy, is dead, and the result is violent conflict or atrophy.

I always refrain myself from discussing domestic politics, firstly there is hardly anything substantiated worth discussion, secondly deep down I have made peace with the bizarreness of this “democracy circus”. But our current electoral fleets of strange humans have made it impossible to look other way especially when the bleakness of your future stares right back. Imagine the official Spokesman of Prime Minister Shabaz Gill is using the same vocabulary while representing us (Pakistanis) in the outer world. Just imagine he is calling slurs such as Dallah, Begherat, Munafik on an international media forum. Imagine Interior Minister of Pakistan Sheikh Rasheed is using the slur Vehshi Jatt and giving the same ambiguous gestures when he talks about Bilawal Zardari. Calling opponents donkey, diesel, horses, whores, Chaprasi, shoe polisher, bhagorey is the new norm in Pakistan. Will that type of discourse also consider utterly important for diplomacy? I fear sending these people to represent us (Pakistan) will be a suicide, as their only vocabulary is based on slurs.

Linguistically, slurs are the lowest form of communication while higher-order communication requires reasoning and evaluation by keeping societal norms on one hand and personal reputation in another hand. The weak reasoning ability and opaque judgment will lead to slurry language.

Kent Bach in the paper “Loaded Words—On the Semantics and Pragmatics of Slurs” writes that people use slurs to put others down. He says the meaning of terms used to slur people on the basis of such things as race, ethnicity, nationality, class, religion, ideology, gender, and sexual orientation. He further says that using a slur expresses contempt, not as a matter of meaning but because it attributes contemptibility to the person it is being used. 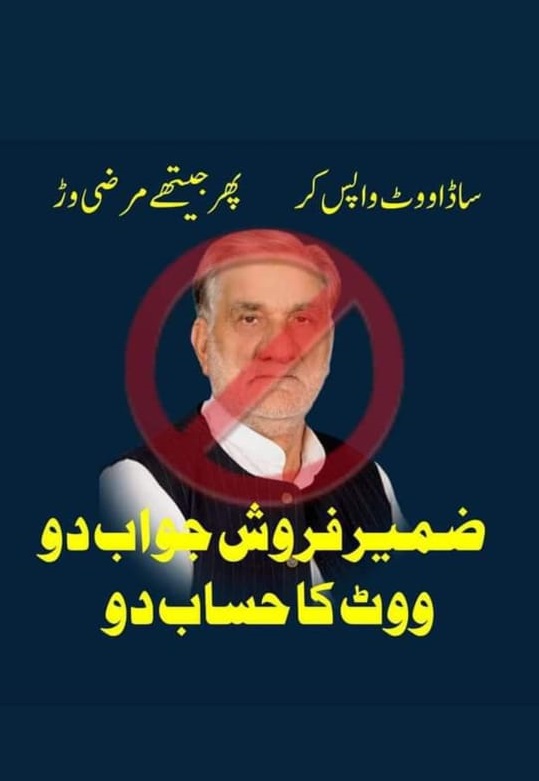 Kent Bach believes that for a speaker to impute contemptibility for being in a certain group is itself offensive, as well as explanatory of the speaker’s expression of contempt.

Kent Bach’s following statement perfectly refers to a situation of a recent talk on a television show in which the official spokesperson of Prime Minister Imran Khan, Shabaz Gill had been calling a member of Parliament belonging to a minority group as “Dallah” (English meanings closer to word pimp).

Kent Bach precisely refers to this situation in his paper “Loaded Words—On the Semantics and Pragmatics of Slurs” and writes that using a slur isn’t offensive to people who share contempt for the target group and find the expression of such contempt perfectly acceptable. For that matter, sometimes contempt is necessary and so is its expression.

If we see the habit of name-calling and abusing others through the theories of psychology, we come to know that there are several reasons for a person being abusive. Behavioral psychology categorically indicates that such people have a disorder referring to anti-social personality disorder (sociopath or psychopath) and sadistic. The subjects having these disorders gain pleasure from seeing others in pain and even more pleasure when they are the ones inflicting the agony. They abuse others to gain personal pleasure.

Another reason can be that they were abused. Some abusers act out their dysfunctional behavior on others because it was done to them. In a subconscious effort to resolve their own abuse, they do the same to another person. This type of abusive behavior is identical, meaning it matches almost exactly to their childhood experience.

When communicators are Pakistani politicians, and the communication is, what we are bombarded with during the last couple of years, will there be any chance that we can show our faces to the world as Pakistanis’ let us suppose in a couple of more years.

Forgive me for going into the inner mechanism of slurring or name-calling but I could not abstain myself to pounder that our entire current federal cabinet with few exceptions is a sociopath. Let me ease my mind by not admitting that, I think they are victims of the exposure that is surrounding them. All of you have experienced in your professional life that if the boss is punctual everyone has to be on time if the boss allows few to gossip about others for his own administrative convenience the entire office develop a culture of backbiting within days of nepotism is being entertained than the chosen one forget the habit of being dutiful in no time. I understand this as a trigger down or snowball effect. And this effect is triggering down to general population, to my havoc I have seen a video by a social media user who explains the Sindh House as Red light area; such as let’s take a look at Heera Mandi Lahore, here bodies are being sold and sins are being bought…so on so forth, another social media user has made a mosaic which is embedded in the article please have a closer look at that.

I agree that communication is the most sophisticated attribute homo-sapiens possess and I have no doubt that it has a crucial role in character building, nation-building for any sovereign country. But when communicators are Pakistani politicians, and the communication is, what we are bombarded with during the last couple of years, will there be any chance that we can show our faces to the world as Pakistanis’ let us suppose in a couple of more years. We already have too much to answer, too many things to reason out just for saving our faces, how come we will justify ourselves if God forbids we are tagged as a nation having no morality and no civic sense, where state representatives use slurs in their serious discourse.

Fighting for our own sovereignty will be a near-impossible task leave alone fighting for Kashmir, Palestine, and any other cause for that matter. A nation that lacks the basic principle of decent communication, a nation of name-callers. Apathetic breed with slurry language infused with hate and humiliation, who is unable to reason out and handle any argumentative scenario, a nation who either want to be praised or will trough dirty puns in case you disagree to “you are the best and the prettiest among all” thing.  This is the trigger-down effect with the top to the down approach I am fearing.

Martha Finley (April 26, 1828 – January 30, 1909) was an American teacher and author of several works for children and their upbringing. She is known for her stories for moral teaching of mothers also. In one of her essays written about the positive upbringing of a child by child’s mother, she says:

It is an easy thing to call names; any fool is equal to that … and the weapon of vituperation is generally used by those who lack brains for argument or are upon the wrong side. 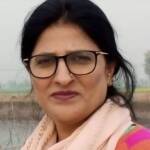