Sixty-one days of peaceful protest, organized and focused. Occupied Indian media and corporate government utilizing every inch of their influence tagging the protestors as anti-national, Khalistani, traitors, or whatnot.

When every effort failed to challenge the true cause of farmers, Modi government used its trialed and tested and authentically failed method, planted that what Modi wanted to project. As that planting the entire event has a cherishable history of failures, take the example of Pulwama, Gujrat, and attacks/riots. Disappointments can never teach a lesson to corporates led governments. Corporates and corporate governments do not believe in giving up.

Let us have a look at events:

Kisan Morcha is going on peacefully for two months, the arrangement of food, shelter, and health care is exemplary, the world is witnessing a history of unique kind of protest till the Indian government orchestrated a catastrophe which at the same day fired back as usual. Sixty-second day of protest, 40 farmer unions protesting again three corporate facilitation Agri bills decided to display a Tractor March in Delhi on Indian Republic Day (January 26). The city government allowed that rally, provided a set routes map and everything was going on peacefully. On the day of the rally when peaceful protesters started their March, to their utter astonishment, the provided route was blocked and barricaded. Hundreds of tractors from different areas trying to enter Delhi and protestors inside Delhi trying to figure out what is (was) going wrong. 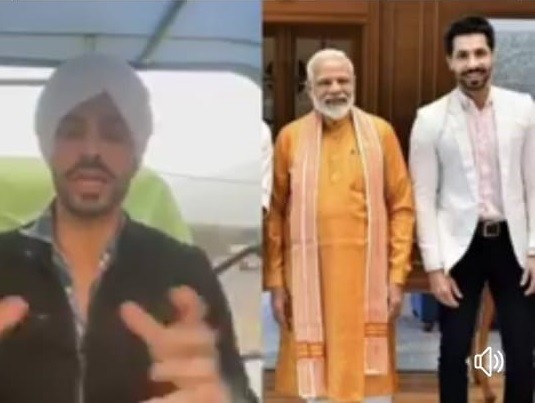 Never thought Government will have stooped this low. This is the most dangerous conspiracy and machination the Government has done, to sabotage the Farmers’ protests,’

Unresponsive police triggered the chaos and one newly joined group of around 40 people led by controversial politician Deep Sidhu decided to go violent while police present at the scene had orders not to take action against violence until the orders come from the top that showcased the shameful act of retrieval of police personal by jumping from Fort’s Wall. 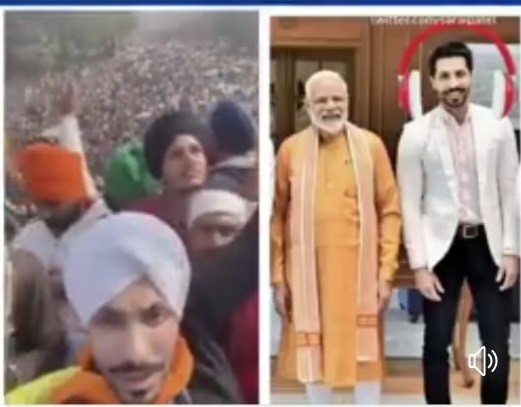 Rest of the story we all know, thanks to Occupied Indian media.

A friend from Delhi informed me on WhatsApp with a choking voice that she could not think that her State government could be so ruthless.

“Never thought Government will have stooped this low. This is the most dangerous conspiracy and machination the Government has done, to sabotage the Farmers’ protests,’ she commented.

She informed me that Deep Sidhu appeared yesterday (on January 26) night at a stage and gave a provocative speech promoting separatism to sabotage farmer protests. He is a known BJP Politician from eastern Punjab.

“Whole media is showing this faction of farmers- which is not part of 40 Farmer Unions, negotiating with Government.

And this faction of farmers lead by Deep Sidhu, get access to Red Fort Building!!!  On Republic Day!!!!! Shouldn’t the Home Minister resign? Can you imagine, this can happen without the involvement of government Agencies? And then a religious flag is tied on a pole in Red Fort!!! To prove that all the farmers are Khalistan Supporters!!! A narrative Government is trying so hard to push from the very beginning. Not a single National Channel Covered these leaders- not any one of these leaders who were present in all rounds of negotiation with Ministers. Instead, they are asking again n again, where are the leaders now? And then the internet is blocked so that the live from the Sanyukt Kisan Morcha’s channel is stopped!!! And farmers in the protests are cut off from the rest of the country!!! God save our country!!! ,” believed my friend from Delhi.

Another friend from Delhi believes that the Modi government has successfully hijacked Farmer Movement in Delhi by putting stooges like Deep Sidhu.

Politicians either aristocrats or businessmen toy the state anchors as per their lust and greed. This all a gift from colonizers

She fears the Modi government has already planned grand-scale operations against Sikhs to purge farmers who have become a danger for the Corporate Government of India. “This is a sheer conspiracy of Modi government to paint peaceful movement of Sikh farmers fighting for their lands as a separation movement,” commented my friend.

The message from yesterday’s scene in Delhi is that the so-called democracy of former colonies still unable to get rid of colonizers’ influence, that’s why all these democracies are legacy of the aristocracy and later capitalism. The show of democracy and corporates makes these governments hostage in the hand of wealth and power. Business and politics became synonymous resulting in handicapping the establishment and its key pillars. Police, judiciary, intelligence agencies, and bureaucracy have become stooges of corporates governments (so-called democracies). Politicians either aristocrats or businessmen toy the state anchors as per their lust and greed.

This all a gift from colonizers, south Asia never experience the essence of true democracy but countries who learn not to let these bloodsucker corporates influence the machinery of a country can operate without embarrassment.