A Dialogue with Ivan Yakovych Franko

In this photo you will find two persons—One is Philosopher and the second is a student of philosophy. The Golden Man in the photo is Poet, Philosopher, Writer, Journalist and Activist of his era.

There is only one-day difference in their birthdays. The Golden Man was born on August  while the other man was also born in August —

The other man is a journalist, writer and activist. The other man—-me Agha Iqrar Haroon is asking the Golden Man why did you die with hunger of more than two days although he was one of most acclaimed philosophers, teachers, writers and journalists of his era having doctoral degree in Philosophy?

You know what he answered me?

Life is a fire. First, it smoke, smoldering, –

Mummy, pompous beginning of him –

Then it is violently swollen, it becomes obnoxious,

Extremely destroys what’s on my way

Roar, cracks, but soon stretches out

Does it freeze and warp his forehead.

Life! In the turbid and clear of its waves 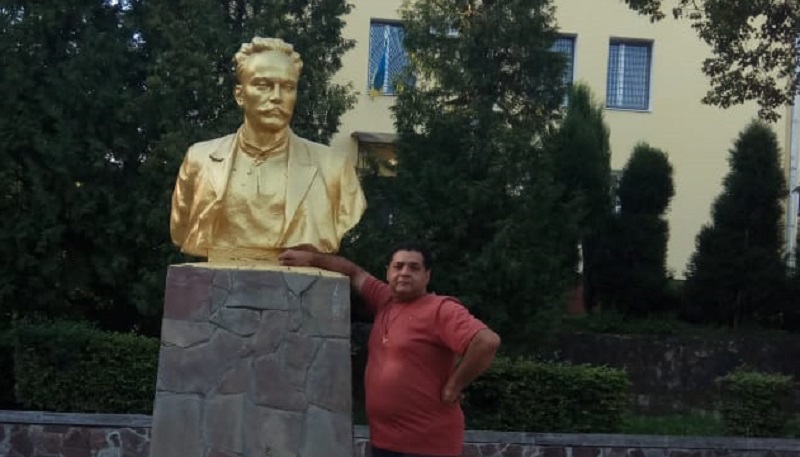 Stay with me and wait to tell you what costed nations to protect their identities.