Pakistani dramas 2020 were some of the bests ever produced. When the world and even the country itself was reeling from the effects of a pandemic, the production houses found it a good time to clear all the backlog and release the dramas that were in production for long. Hence, the year turned out to be one of the most popular ones in terms of the most dramas produced. Not just this, but since people were staying at home, they had a lot of time to watch these dramas as well. 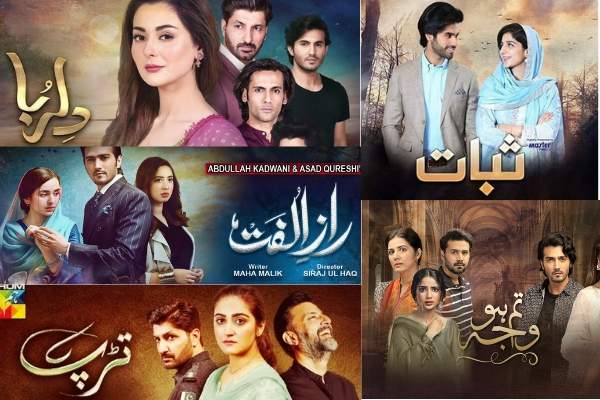 This is why we have curated a complete list of Pakistani dramas 2020 that were released on some of the popular channels. So, if you missed out on any, it is your time to binge-watch them over the weekend.

Let’s begin with HUM TV. For the past few years, the channel has been at the forefront of some of the best productions. MD Productions and Moomal Entertainment, both the production houses with strong ties to the channel, were leading from the front. Therefore, the channel produced some of the great dramas this year. Let’s have a look: 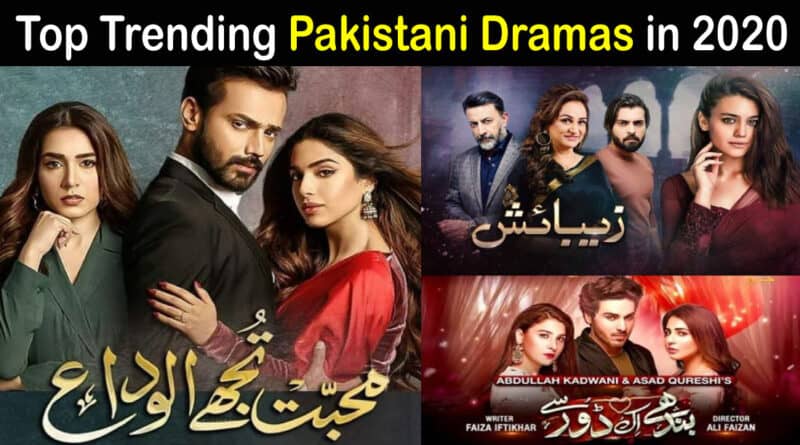 This drama was released on 23rd Jan 2020 and had a total of 30 episodes. It starred the darling Yumna Zaidi, Omair Rana, Bilal Abbas Khan, and Atiqa Odho. It was Hum’s first production of the year.

This drama was released on 19th Feb 2020 and had 38 episodes. It starred Hina Altaf, Jenaan Hussain, and Hammad Farooqui in leading roles.

This drama had whopping 173 episodes and was initially launched on 25th Feb 2020. It starred Aiman Zaman Khan, Hammad Shoaib, Uroosa Qureshi, and Fawad Jalal in the leading roles.

Released on 28th March 2020, Dil Ruba had a total of 24 episodes. It starred Hania Amir, Mohib Mirza, Shahroz Sabzwari, and Syed Jibran as the leads.

One of the most trending and talked about dramas of the year, Sabaat was released on 29th March 2020 and it ran for a total of 28 episodes. The star cast included the popular names of Usman Mukhtar, Sarah Khan, Ameer Gilani, and Mawra Hocane.

Kashf had Hira Mani, Junaid Khan, and Maryam Noor in leading roles. It started airing on 7th April 2020 and had 29 episodes overall.

Another among Pakistani dramas 2020 that stirred so many controversies and became a reason for nepotism talks in the industry, Zebaish started on 12th June 2020 and had 28 episodes. It had Zara Noor Abbas, Bushra Ansari, Asma Abbas, Babar Ali, and Asad Siddiqui in the main roles.

Qurbatain has 40 episodes and a starting date of 6th July 2020. It had Arij Mohyudin, Anmol Baloch, and Zain Afzal in the leading roles.

Released on 13th July 2020, Nalaiq had Amna Raja, Imran Aslam, and Michelle Mumtaz in the cast who acted for a total of 89 episodes.

Mushk with the Urwa Hocane comeback started on 17th August 2020 and has Imran Ashraf, Momal Sheikh, Osama Tahir, and Qavi Khan in the star cast. It is still running on the channel and is one of the most popular dramas currently.

Saraab started on 20th August 2020 and is still running on HUM TV with Sonya Hussyn, Sami Khan, and Nazish Jahangir as leads.

This drama aired on 3rd November 2020 and has Hira Mani, Junaid Khan, and Armeena Khan as the leads. It is currently running, and the story is slowly progressing.

Chalawa is a unique drama that started on 8th November 2020 and has Navin Waqar, Noor Zafar Khan, and Navin Waqar acting as the main characters.

Be Adab has Sania Saeed, Alamdar Khan, Hajra Yamin, and Rehan Sheikh in the cast with the first episode launching on 20th November 2020.

Tum Se Kehna Tha started on 24th November 2020 and has Azfar Rehman, Arij Mohyudin, and Kinza Hashmi as the leads.

The latest addition to the HUM TV drama family, Raqs-e-Bismil aired on 25th December 2020, it has Imran Ashraf, Sarah Khan, Furqan Qureshi, and Mehmood Aslam in its cast. 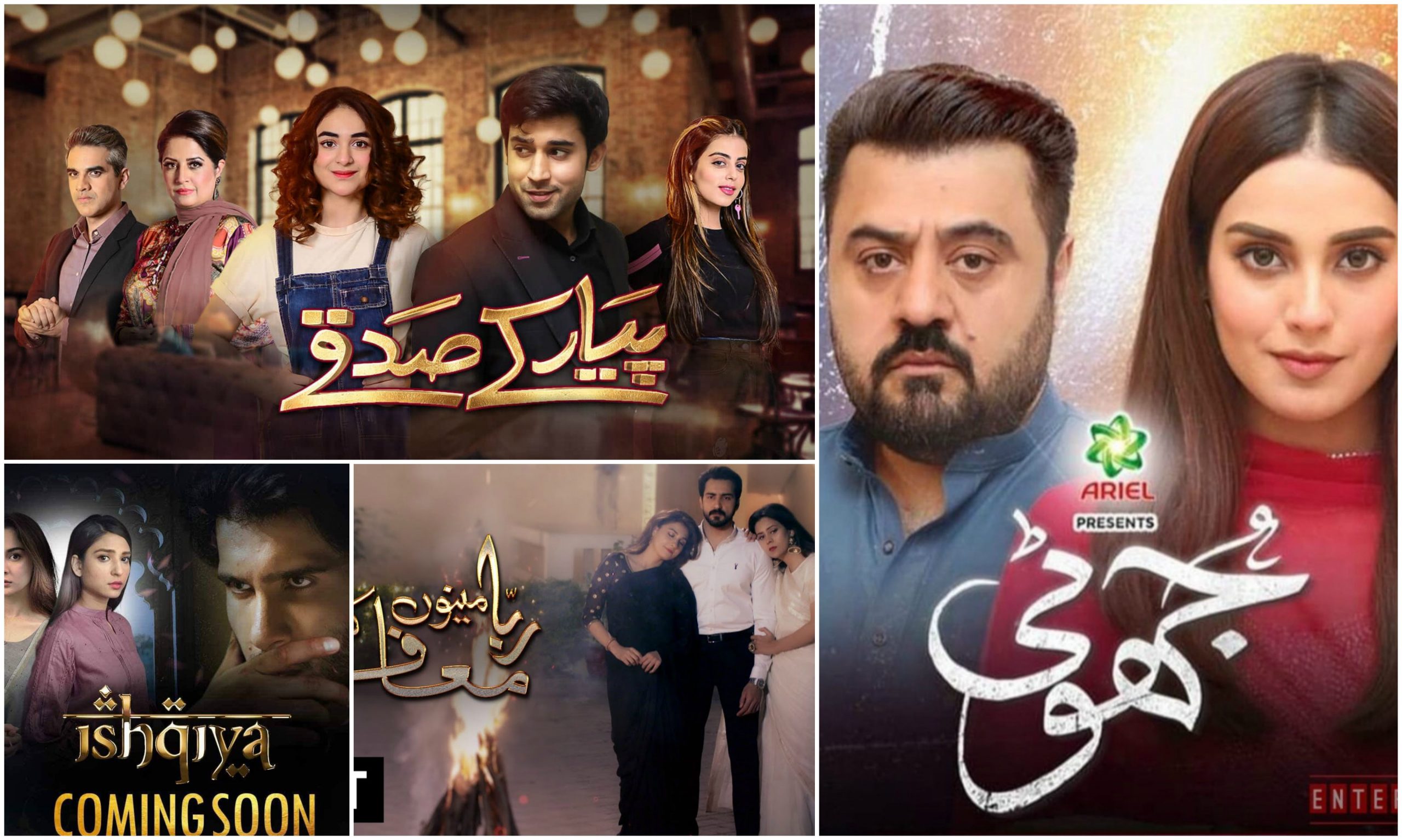 ARY stood second in the race of releasing the most dramas this year. There were a total of 16 ARY productions including:

Jhooti was launched on 1st Feb 2020 with 26 episodes. The star cast included Ahmed Ali Butt, Iqra Aziz, Yasir Hussain, and Asma Abbas. The drama was one of the most popular among the Pakistani dramas 2020.

With a total of 64 episodes, Mera Dil Mera Dushman first started on 3rd February 2020. It had Alizeh Shah, Yasir Nawaz, Noman Sami, and Anam Tanveer in the main cast.

With Neelam Muneer, Yasir Nawaz, and Wahaj Ali playing the main characters, Bikhray Moti started on 26th May 2020. It had 25 episodes.

What looked like a drama recorded a long time back but with definitely a good storyline, Dushman-e-Jaan had Mohib Mirza, Tooba Siddiqui, and Madiha Imam in the main cast. It started airing on 1st June 2020 and had 28 episodes.

This drama was released on 1st Jun 2020 and had 32 episodes. It had Afshan Qureshi, Noshaba Khalid, Khalifa Sajeeruddin, and Kanwar Nafees in the lead roles.

Jalan had Minal Khan, Hajra Yamin, and Emmad Irfani as the main cast. It started on 17th June 2020 and ended after 31 episodes.

The drama with a unique story, Log Kya Kahenge is still running with Saheefa Jabbar Khattak, Aijaz Aslam, Kamran Jeelani, and Faysal Qureshi as the main characters. It started on 25h July 2020.

Prem Gali has Sohai Ali Abro, Farhan Saeed, and Saba Hamid in the cast. It first aired on 17th August 2020.

Faryaad was released on 4th December 2020 and has Adeel Chaudhry, Zahid Ahmed, and Aiza Awan in lead roles.

One of the most controversial Pakistani dramas 2020, Dunk has recently launched on 23rd December 2020. It casts Bilal Abbas Khan, Sana Javed, Yasra Rizvi, and Fahad Sheikh. 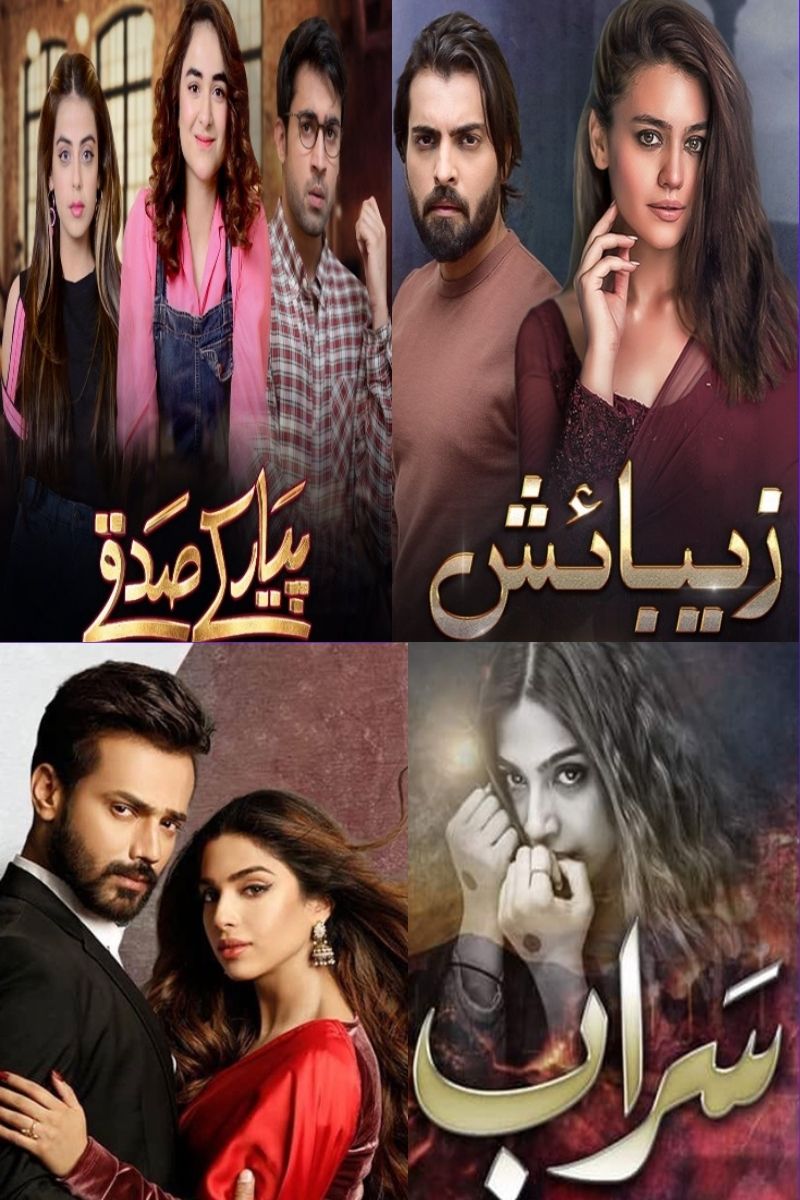 GEO TV, which was always the first, when it came to entertainment and producing original content was left a little behind but still was the third highest with 14 dramas among other channels.

Munafiq aired on 27th January 2020 and ran for 60 episodes. It had Adeel Chaudhry, Bilal Qureshi, and Fatima Effendi Kanwar in the leading roles.

Muqaddar started on 17th February 2020 and has 38 episodes in total. It had Faysal Qureshi, Madiha Imam, Sabeena Farooq, and Ali Ansari in the lead roles.

Khoob Seerat with a total of 78 episodes first aired on 17th February 2020. It had Nimra Khan, Agha Ali, Kiran Haq, and Nida Mumtaz as the main star cast.

Meherposh had a total of 41 episodes, and it started on 3rd April 2020. It had the power couple Danish Taimoor & Ayeza Khan alongside Zainab Shabbir and Ali Abbas in the cast.

Shokhiyan started on 25th May 2020 and has 26 episodes. It had Ahmed Hassan, Anam Tanveer, Mehmood Aslam, and Hina Dilpazeer in the main cast.

Tamanna has 64 episodes and it started on 1st June 2020. It had Aiman Zaman Khan, Javeria Abbasi, Mariam Mirza, and Dania Enwer in the lead roles.

A unique drama with different stories in solo episodes, it is still running and has a varying cast for every episode. The first episode aired on 28th October 2020.