TOKYO, Japan: The 74th Anniversary of Independence of the Islamic Republic of Pakistan was celebrated at the Embassy of Pakistan in Tokyo with zeal and enthusiasm.

Pakistan’s Ambassador Imtiaz Ahmad hoisted the National Flag whilst the National Anthem was recited by the audience.

The ambassador read out the messages of President of Pakistan Dr. Arif Alvi and Prime Minister Imran Khan.

Both the messages emphasized upon the need to follow the principals and guidelines enunciated by the founding fathers in order to achieve developmental goals and sustainable prosperity.

The messages also reiterated Pakistan’s firm commitment to extend all-out moral, political and diplomatic support to Kashmiri people who have been under unprecedented siege, crackdown, and torture perpetrated by the Indian Occupation Forces in Indian Illegally Occupied Jammu & Kashmir (IIOJK). 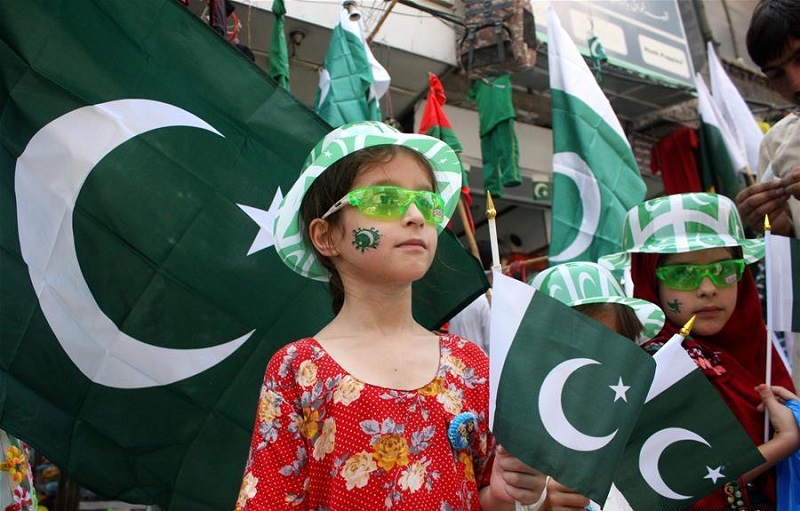 In his remarks, Ambassador Imtiaz Ahmad highlighted the innumerable sacrifices rendered by our Forefathers to achieve a sovereign independent state.

The envoy added that it was imperative upon all Pakistanis to strive diligently for making Pakistan strong and united.

The ambassador specifically referred to the horrific situation in IIOJK where innocent Kashmiri people have been subjected to inhuman torture, arbitrary arrests, detentions, extrajudicial killings, digital lockdown and military siege especially after the August 5, 2019 illegal acts of the Indian government.

Imtiaz Ahmad underscored the valiant freedom struggle of the Kashmir people who have been showing unmatched resilience and indomitable spirit to realize their just cause.

In addition, he also reaffirmed that Pakistan will continue its unstinted support to the indigenous struggle of Kashmiri people for the realization of their inalienable right to self-determination in accordance with the UN Security Council resolutions.

The ambassador also acknowledged the invaluable services rendered by the Pakistani Community in Japan.

Mati
Mati-Ullah is the Online Editor For DND. He is the real man to handle the team around the Country and get news from them and provide to you instantly.
Share
Facebook
Twitter
Pinterest
WhatsApp
Previous articleNation Celebrates 74th Independence Day of Pakistan
Next articleBook Exhibition in Connection with 74th Independence Day at Quaid Public Library F-9 Park