7 Latest Must Watch Pakistani Dramas of 2020

Pakistani dramas have always left an impression on the viewers following the story, plot, cast & their amazing acting skills, and brilliance of direction.

Our drama industry has been flourishing day by day with the production of quality content for entertaining people in the best possible manner over the years.

Along with many old actors in the industry, the new entrants have nailed it to prove their acting skills as exceptional and it has once again made us believe that young talent is more charismatic and with them, the industry can be taken to the next level.

Although every drama is doing great on different entertainment channels but some of the dramas in 2020 have made their way to must watch list and we will be throwing light over how the stories have been revolving around episodes making people stay connected every week till the end of a drama serial.

We know that the Pakistan drama industry is yet to achieve high goals after the shift of era from PTV to numerous private channels, but the efforts are quite appreciable.

Ignoring some flaws in all of these dramas, we hope that one day we can witness the standard of these dramas as that of all those evergreen dramas of PTV.

Let’s go through the reel of 7 latest Pakistani dramas of 2020 which you must include in the must-watch list as they can make you have a great connection with the theme and story of the drama. 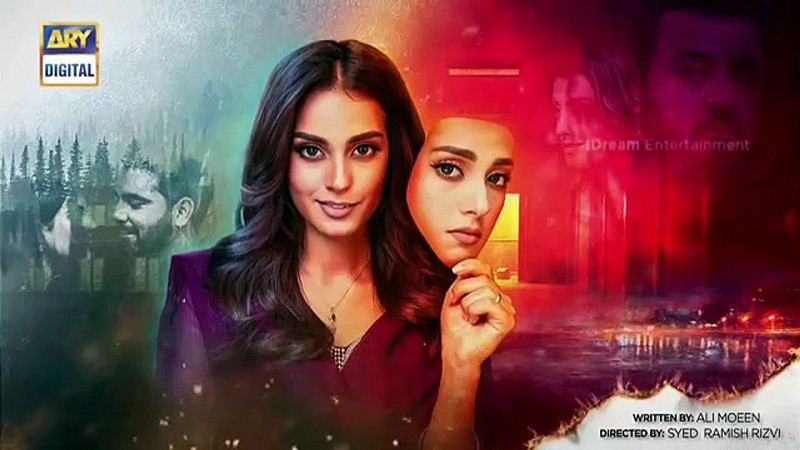 Initially, this drama was not having any impressive impact as it went on-air as it seemed to be a typical story like many other dramas.

Another major reason to make people fall apart from watching this drama at the beginning was that it was replacing the slot of blockbuster drama serial Mere Paas Tum Ho so it’s quite understandable.

Jhooti is, however, an amazing rollercoaster of twists and turns from evil moves to repentance. Iqra Aziz is playing the lead role as Nirma while during the first half; she is married to Ahmed Ali Butt named Nasir. In the next half of drama, she gets married to her now real-life husband Yasir Hussain, named Ali.

Nirma has been portrayed as a clever all-time liar girl who takes advantage of his first husband’s love and gets a grip over his wealth following her greed.

Taking divorce from him by sketching false scenarios about Nasir in front of her family, she celebrates getting rich out of the way.

She meets Ali to invest this amount and he then takes advantage of the unknowledgeable attitude of Nirma following which the situation turns out in a way that they get married.

Now Nirma’s time of repentance is nearing her which is quite interesting to watch. The drama goes on-air at ARY Digital every Saturday at 08:00 PM. 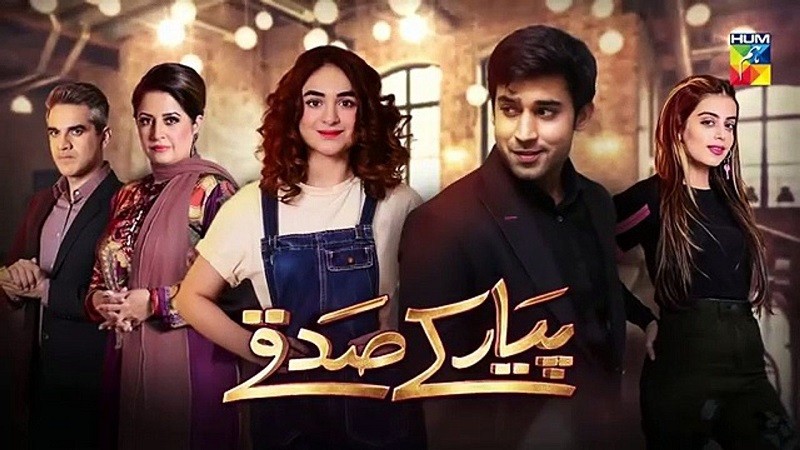 A very few love stories stand out of the rest when it comes to dramas! So this time we have a treat of drama serial Pyar Ke Sadqay which is an amazing love story of an innocent couple who by chance come to get married to each other.

Yumna Zaidi and Bilal Abbas Khan are performing as lead roles in this drama as Mahjabeen and Abdullah.

Mahjabeen is extraordinarily innocent as well as not much keen about studies and she even couldn’t produce good results throughout her school life.

Abdullah, on the other hand, is somewhat similar to Mahjabeen in terms of studies but he is exceptional in mathematics.

There is a huge class difference between the couple as Mahjabeen is the daughter of Munshi Jee who has served throughout his life for Abdullah’s parents along with his ancestors back in the days.

Abdullah belongs to a high-class family with own business set-up and financially strong position.

The post-marriage story of the couple goes all smooth until Abdullah’s love Shanzay jumps in again after getting divorced from her husband while convincing Abdullah to marry him.

It has changed the situation for Mahjabeen and the actual reason behind this scenario is Abdullah’s stepfather Sarwar. He wants to marry Mahjabeen and in doing so he is playing games to make the couple break up after being distracted from each other. Pyar Ke Sadqay goes on-air every Thursday on Hum TV at 08:00 PM.

Sabaat is an outstanding story after a good long time addressing an important issue which has made people devote their 1 hour time to this drama every week.

The different ideas being focused in this drama include the class difference and accommodating to lead a married life while ignoring all sorts of dissimilarities, the importance of respecting grandparents, the role of parents in spoiling their children by fulfilling all of their wishes either positive or negative & the consequences, the role of mother in supporting children, women empowerment & significance of getting them educated, and extreme selfish behavior leading to a destructive life.

These are those social realities and issues which must be brought into the light to let people know where they are doing wrong and how they can deal with such situations in an organized way.

The main cast of this drama serial includes Mavra Hocane as Anaya, Ameer Gillani as Hassan, Sara Khan as Miraal, and Usman Mukhtar as Dr. Haris.

The story is itself a revelation at every step and leaves the viewers spellbound with the essence of the idea behind the story. 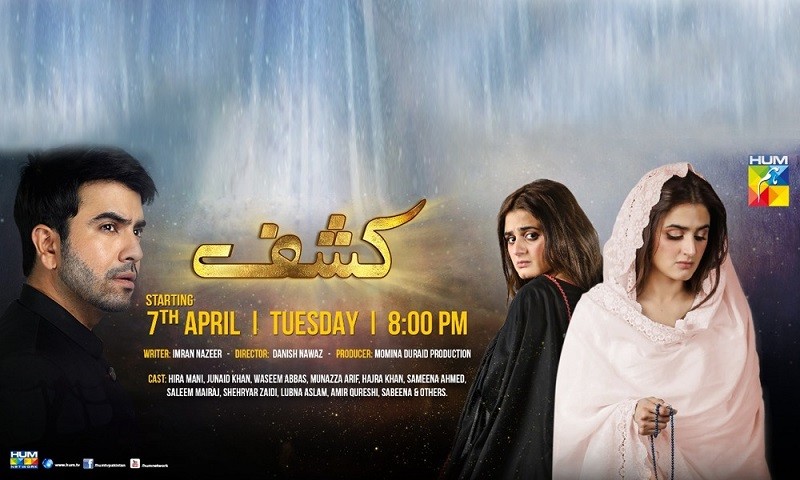 Kashf revolves around the main, title character ‘Kashf’ played by Hira Mani and her struggles in life. However, her life issues are beyond the husband, saas and nand matters.

It is a harsh reality of our country that is not mostly explained and remains a taboo topic to a certain extent.

With Hira Mani and Junaid Khan in the lead, Kashf is an eye-opener for many.

As per the story, Kashf is a gifted girl who has acquired the ability to foresee future events through her dreams. Her greedy father exploits her abilities by misusing her to overcome their financial crisis.

The story revolves around how Wajdaan (Junaid Khan) helps her to get rid of the cage of society’s evil-minded people.

This drama is also a must-watch as it also draws attention towards important taboos of our society and the steps taken to come out of poverty while making way through evil minds around. 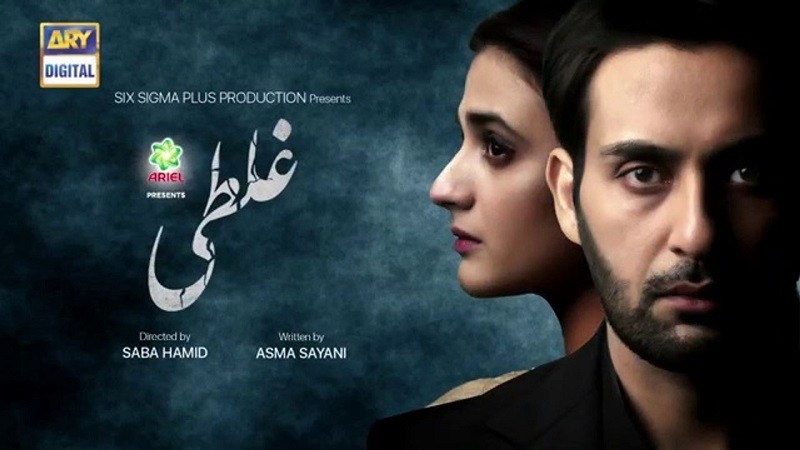 The popular couple of drama serial Do Bol once again got a chance to star together in drama serial Ghalati which has celebrated wind up recently.

The story of this drama is somewhat typical but the way it has been sorted with proper emergence of the issues in some scenes and then a resolution at the point of climax, it has made people enjoy the same plot again.

The main cast of Ghalati includes Hira Mani as Zaira and Affan Waheed as Saad, who were first cousins and got married despite many conflicts between the families due to financial differences.

However, the results were not pleasant as Saad is a short-tempered husband who takes it every time easy to divorce his wife Zaira even at the minor of quarrels after marriage.

Zaira compromises and faces so much resistance from her mother-in-law and sisters-in-law but things constantly moved towards bitter ends.

The story is basically a compilation of mistakes by everyone and the consequences they had to face afterward, ruining everything due to evil moves specifically by Zaira’s mother-in-law.

This drama was on-aired at ARY Digital and is a must-watch!

Deewangi is the story of an ambitious girl Nageen Faiyaz, who is driven to work and be something on her own to break free from the fetters of poverty.

In unfortunate circumstances, she meets Mansoor Durrani, who is soon to be a politician with great influence, who falls in love with her.

The two start off on a bad foot, resulting in misunderstandings and tragedies.

The drama follows their story, as they head on a journey of love, misunderstandings, emotions, and the harsh realities of life.

The main cast of this drama includes Hiba Bukhari, Danish Taimoor, and Ali Abbas. Deewangi is on-aired every Wednesday at 08:00 PM on Geo TV. 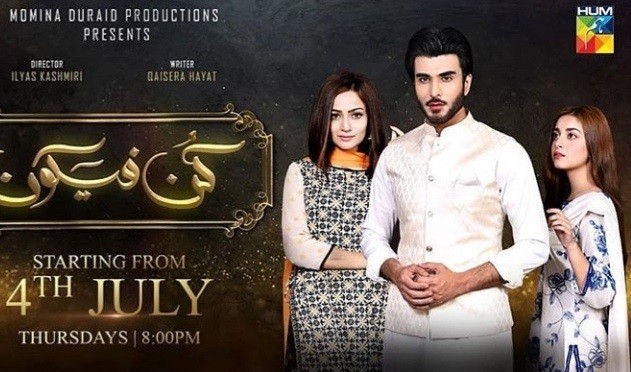 Drama serial Jo Tu Chahey which was previously named Kun Faya Kun, had been a center of controversies initially due to different objections raised by censor board after which certain changes were made.

Above all, the name of the drama was objected to be changed as Kun Faya Kun is the word taken from Quranic verses.

The name was changed to Jo Tu Chahey. After being on-aired for some episodes, the drama was put to halt in order to make changes as per the objections, and then it went on-air after passing through this process.

It is a somewhat dragged plot of the story but even then every bit of it holds significance.

The story is all about an orphan girl and the way she is being treated by two of her close relative families.

In the mid of this critical situation, Mashal (Alizeh Shah) has always been instructed by her Aapa Jan (Azra Mansoor) to have faith in Allah’s will, and one day she will witness the results herself.

The tough life leads to humble endings and the fruitfulness of those moments was worthy to be witnessed.

All of the characters have played their part excellently in the serial and this makes it a must-watch. Jo Tu Chahey was on-aired at Hum TV and has been winded up recently.