5134 scholarships awarded to students from Sindh

ISLAMABAD, Pakistan: A total of 5134 scholarships have been awarded to students from the Sindh province during the current year i.e. 2018-19, the Minister for Federal Education and Professional Training Shafqat Mahmood told the Senate.

The minister said that the HEC awards PhD scholarships on the basis of MS/MPhil Degree (17-18 years schooling). This is in accordance with National Qualification Framework.

In reply to an question by Senator Muhammad Usman Khan Kakar, Shafqat Mahmood told that House that there are a total of 8902 students of Balochistan whose MPhil and PhD courses fees have been reimbursed by HEC under the Prime Minister Fee Reimbursement Program during the last five years. 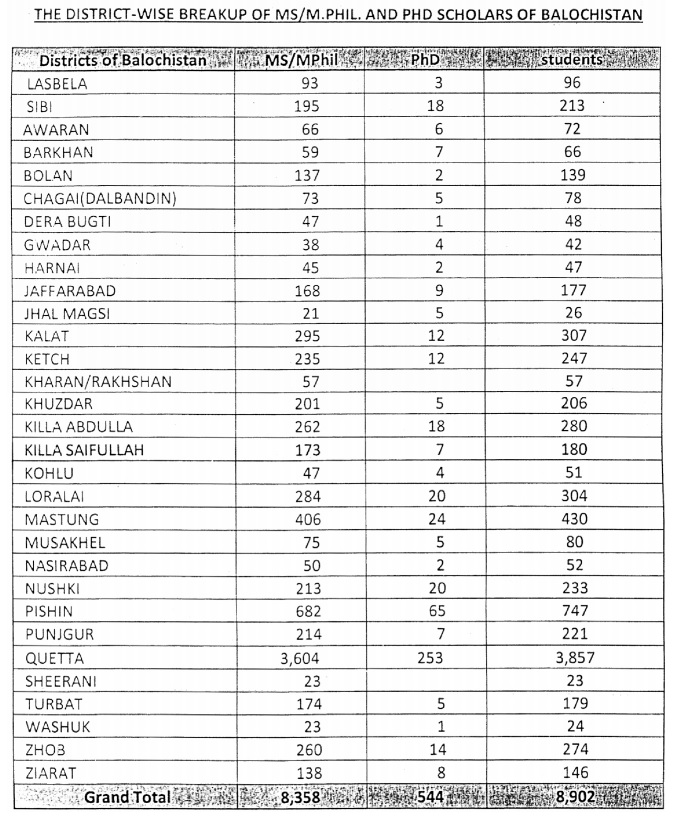 Mati
Mati-Ullah is the Online Editor For DND. He is the real man to handle the team around the Country and get news from them and provide to you instantly.
Share
Facebook
Twitter
Pinterest
WhatsApp
Previous article20,000 snake bite cases registered every year in Pakistan
Next articleImran Khan meets Tajik President Emomali Rahmon on sidelines of 2nd Belt and Road Forum in Beijing