5 Latest Best Pakistani Dramas You Must Watch in 2020

Here we have got the list of 10 latest best Pakistani dramas you must watch in 2020.

Pakistani drama industry is producing content on regular basis to entertain viewers at the best. These dramas are based on different stories related to social issues as well as domestic troubles. However, some of these dramas fail to portray the true essence of any issue discussed related to society. Most of the dramas these days are good in story-line as well as in terms of direction and acting. Here we have got the list of 10 latest best Pakistani dramas you must watch in 2020. Check out this list!

Sabaat is based on an amazing idea which is quite different from those of conventional subjects. It’s story revolves around different aspects i.e. psychological, financial in terms of status, social pressures, and family life.

The lead cast of this drama serial includes Sarah Khan, Mawra Hocane, Ameer Gillani, and Usman Mukhtar. Sarah Khan as Miraal and Ameer Gillani as Hassan belong to a super rich family. Miral is quite possessive regarding wealth and status while Hassan learns by the time not to rely on materialistic approach.

Mawra as Anaya belongs to a middle class family and she is a gold medalist but social pressures make her face hurdles in married life. Hassan falls for Anaya and takes stand to marry her despite status differences but it turned out troublesome to Miraal.


Usman Mukhtar is Miraal’s doctor who then gets married to her as well. The story is going on and with lows and highs, twists and turns, where every episode is revealing new ends. You can watch it every Sunday at 08:00 PM only on Hum TV. 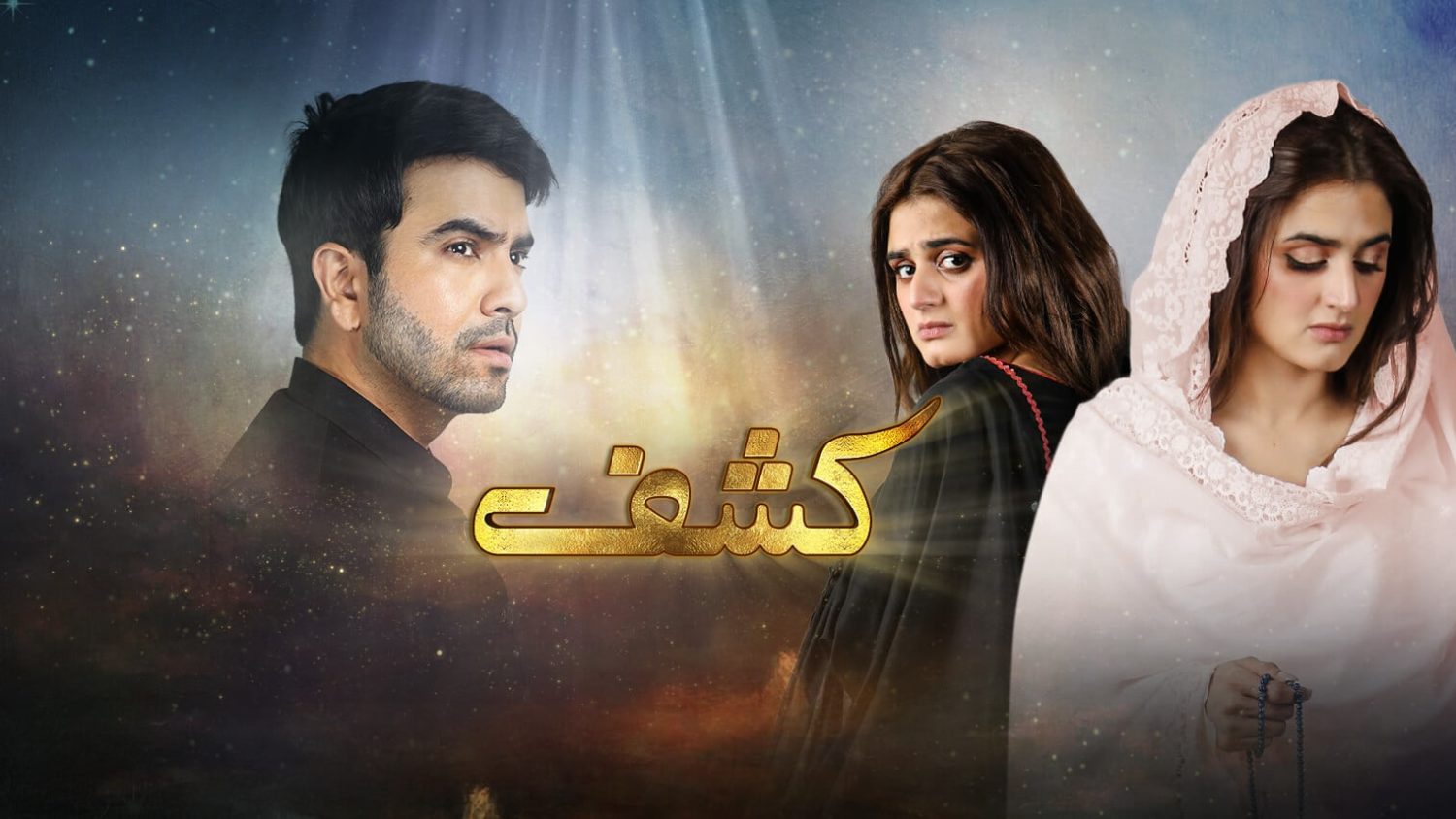 Kashf revolves around the main, title character ‘Kashf’ played by Hira Mani and her struggles in life. However, her life issues are beyond the husband, saas and nand matters.

It is a harsh reality of our country that is not mostly explained and remains a taboo topic to a certain extent.

With Hira Mani and Junaid Khan in the lead, Kashf is an eye-opener for many.

As per the story, Kashf is a gifted girl who has acquired the ability to foresee future events through her dreams. Her greedy father exploits her abilities by misusing her to overcome their financial crisis.

The story revolves around how Wajdaan (Junaid Khan) helps her to get rid of the cage of society’s evil-minded people.

This drama is also a must-watch as it also draws attention towards important taboos of our society and the steps taken to come out of poverty while making way through evil minds around.

Kashf is on-aired on Hum TV every Tuesday at 08:00 PM and mark it as one of the best Pakistani dramas of 2020.

Mehar Posh has something special about it and that is the real-life couple Danish and Ayeza starred together in the drama.

The story of Mehar Posh is the story of Mehru’s (Ayeza Khan) life being terribly disturbed just because of Shah Jahan (Danish Taimoor).

The beginning of this drama showed Shah Jahan a very helpful individual and is always running around doing chores for Mehru’s family.

Mehru is an independent working woman who is going to get married soon and arrangements are being made for the big celebration. Her marriage ends up in divorce on the first night due to Shah Jahan’s friends teasing him about his love for Mehru.

Mehru’s fiance Naeem (Ali Abbas) hears the boys talking and thinks that his wife having a serious affair with her lover Shah Jahan. This leads to unfortunate ending of the marriage on the first night of their Nikah (marriage).

This drama following romantic story plot is a full of twists and turns with Mehru going through different trials. You can watch this one of the best Pakistani dramas every Friday on 08:00 PM at Geo TV. 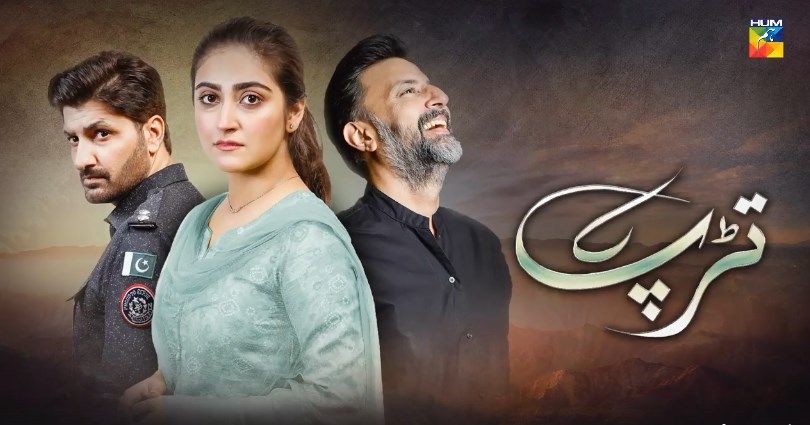 Tarap is a story of love, sacrifice, hardships and twists caused by misunderstanding at different stages. The lead cast of the drama serial includes Hiba Qadir and Syed Jibran with supporting cast Babar Ali, Nausheen Shah.

Hiba Qadir is playing the character of a girl who is mistakenly blamed for having bad character and had to go through hardships. Syed Jibran gets her married with a widower having three children and he is a cruel husband.

The name of this drama serial truly depicts the subject and actors have performed well to convey the theme well.

You can watch Tarap every Sunday at 09:00 PM only on Hum TV which is one of the best Pakistani dramas of 2020.

The story-line of Mohabbat Tujhe Alvida revolves around a charming couple from a middle-class family. Sonya Hussyn played the protagonist who has a mental disorder that affects a person’s reference to reality.

The adaptable Zahid Ahmed and the brilliant Sonya Hussain & Mansha Pasha are gracing the screens with perfection in drama serial Mohabbat Tujhe Alvida.

Sonya Hussyn (Ulfat) and Zahid Ahmed acted a married couple insanely in love with each other. Ulfat played the role of a girl who dreams of becoming rich.

Meanwhile, Mansha Pasha plays the role of a rich, glamorous girl who wants to be with Zahid’s character. As Zahid Ahmed slowly grows in affections for his second wife, Ulfat (Sonya Hussyn) realizes that she is losing her real wealth.

Mohabbat Tujhe Alvida goes on-air every Wednesday at 08:00 PM on Hum TV and add it to your watch list as one of the best Pakistani dramas.

Wardah Farooqi
Wardah Farooqi has been working as a writer for 6 years. She also worked at Dunya News, Live Pakistan Magazine, and numerous local as well as international platforms. When she isn't writing, you can find her assisting people in bringing out the best!
Share
Facebook
Twitter
Pinterest
WhatsApp
Previous article
How Esra Bilgic Became The Top Searched And Famous Model In Pakistan?
Next article
Usman Buzdar directs foolproof security arrangements during Muharram
Share
Facebook
Twitter
Pinterest
WhatsApp