5 Best Hybrid Cars in Pakistan – Affordable and Loaded with Features

The last decade has been amazing for hybrid cars in Pakistan. We have seen a bunch of versatile hybrid vehicles in the country. Although most of these come with a heavy price tag, you can still find yourself a market competitive and affordable hybrid car. We have gathered all the information about the 5 best hybrid cars in Pakistan that you can buy at a reasonable price.

The auto-policy 2016-2021 has proved fruitful for the automakers. With the advent of this policy, many car companies have stepped into Pakistan. The leading Japanese car companies Toyota and Honda have successfully captured the hybrid car market. For the past few years, both companies have achieved success with hybrid vehicles.

Before we take a look at the 5 best hybrid vehicles in Pakistan, let’s take a quick look at the details of hybrid technology.

What Really is a Hybrid Car? 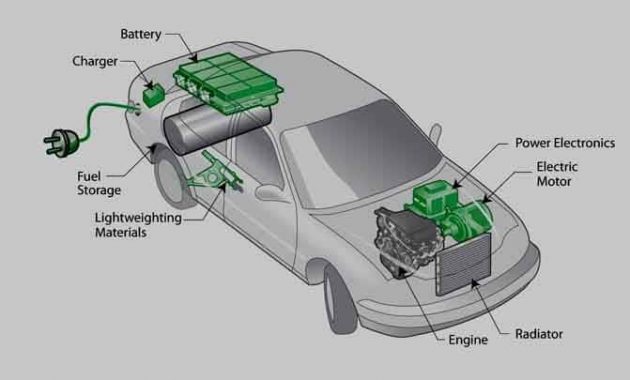 As the name suggests, hybrid technology is a combination of electric power and fuel-generated power. A typical hybrid car comes with a conventional petrol engine along with an electric battery. In Pakistan, hybrid cars have gained popularity because of high fuel efficiency. A hybrid car not only depends on the fuel for producing output but also involves the electric backup. The combo technique minimizes the fuel consumption at lower speeds giving a great average within the city.

It is important to mention that different automakers use different hybrid technologies in their cars. The primary goal of each company is to deliver fuel-efficient engine performance with slight variations.

Right now, the best hybrid car makers in the world are Toyota, Honda and BMW

Let’s take a look at the 5 best hybrid vehicles in Pakistan. 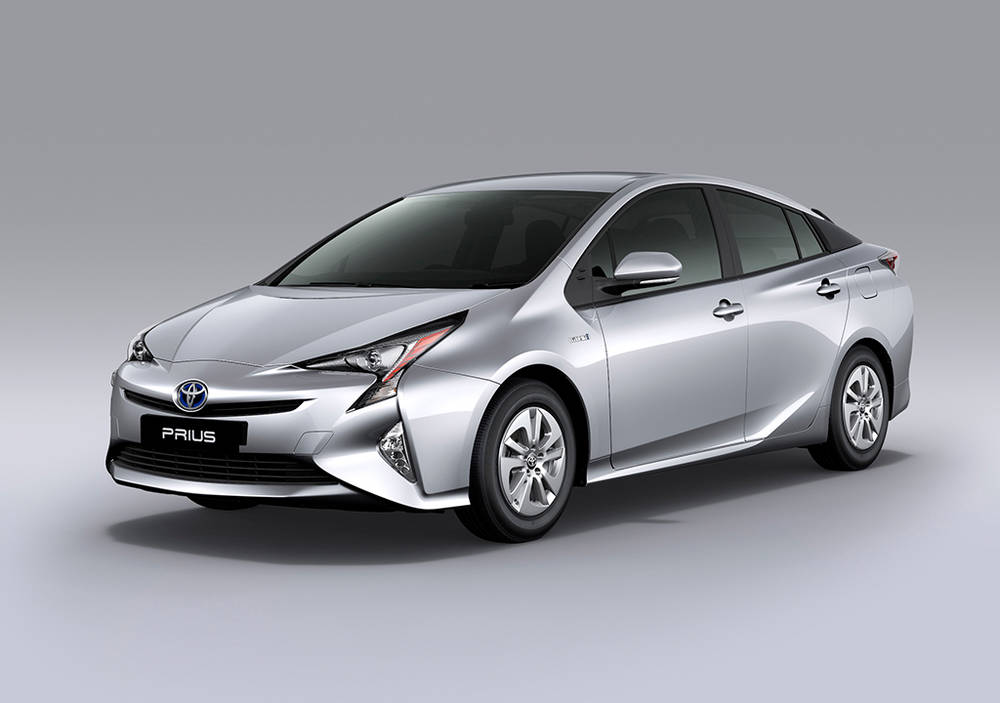 Toyota Prius comes with a powerful 1800cc hybrid-integrated engine. The car produces a maximum output of 134 hp with an automatic transmission system. You can also find 2 hybrid motors in the vehicle that delivers efficient fuel average while on the roads. Toyota uses its Hybrid Synergy Drive technology in Toyota Prius as well as other hybrid vehicles. 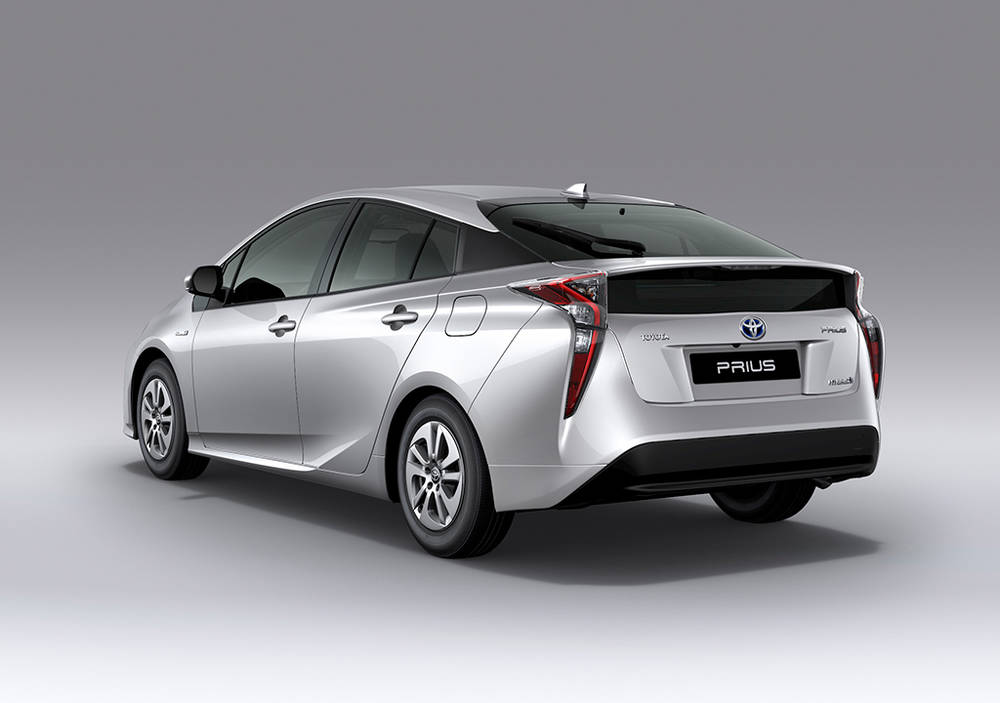 The brand new Toyota Prius costs about PKR 8.37 million in Pakistan. However, you can find used Prius models in a reasonable condition between the price bracket of PKR 15 lacs – 70 lacs.

Toyota Aqua is another highly successful hybrid car venture from the company. This smart and compact hybrid is one of the hottest car choices in Pakistan for the past 3 years. Aqua is highly popular among sub-compact hatchback fans in Pakistan. 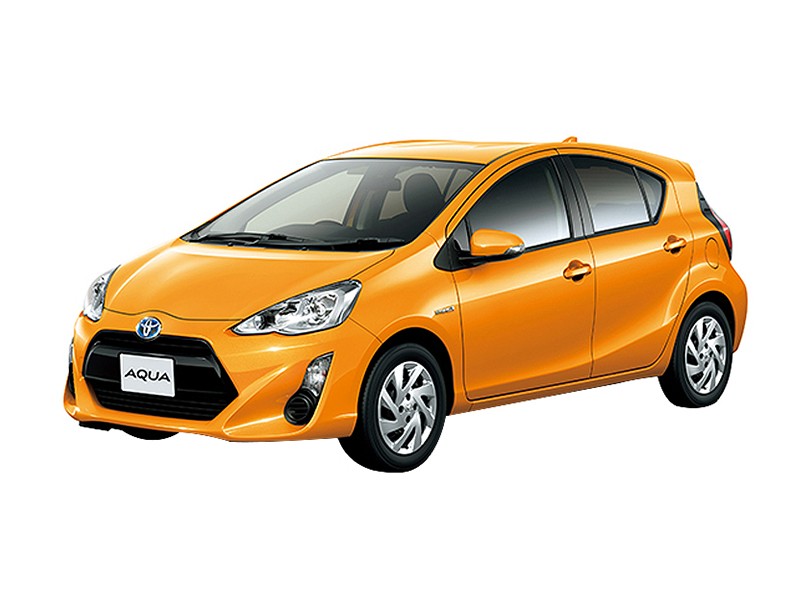 Toyota Aqua is loaded with a 4-cylinder 1500cc VVT-I engine. If we talk about the transmission, this sporty hatchback comes with a CVT automatic gearbox for a powerful road experience. Aqua is capable of producing a maximum of 72 hp output. Just like Prius, Toyota Aqua also possesses the Hybrid Synergy Drive technology.

Toyota Corolla to get a new facelift with increased prices in January. 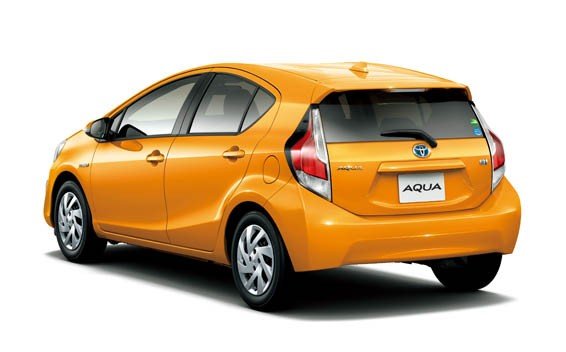 The price tag on the brand new Toyota Aqua lies between PKR 2.5 million and 2.8 million. You can find reasonable used cars between a price bracket of PKR 2 million – 2.8 million (depending upon the selected variant).

The classic competitor to Toyota in the country is not behind in the race of hybrid cars. Honda Vezel is a highly popular hybrid crossover in the country. Apart from its sleek design, the car comes with a modern interior and automatic gearbox. 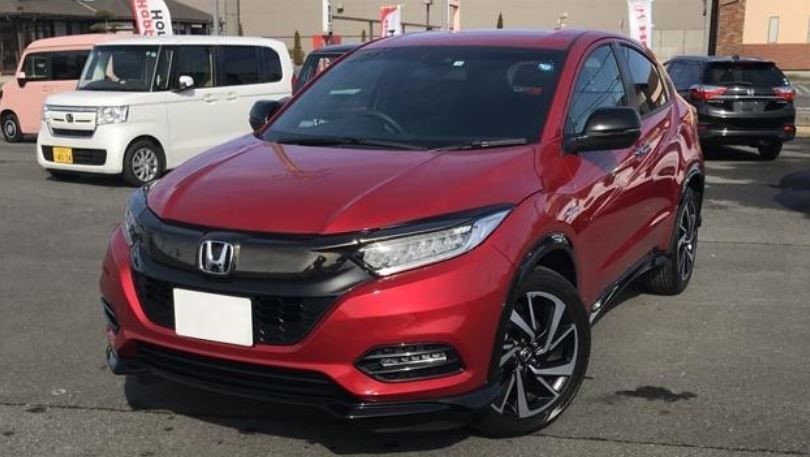 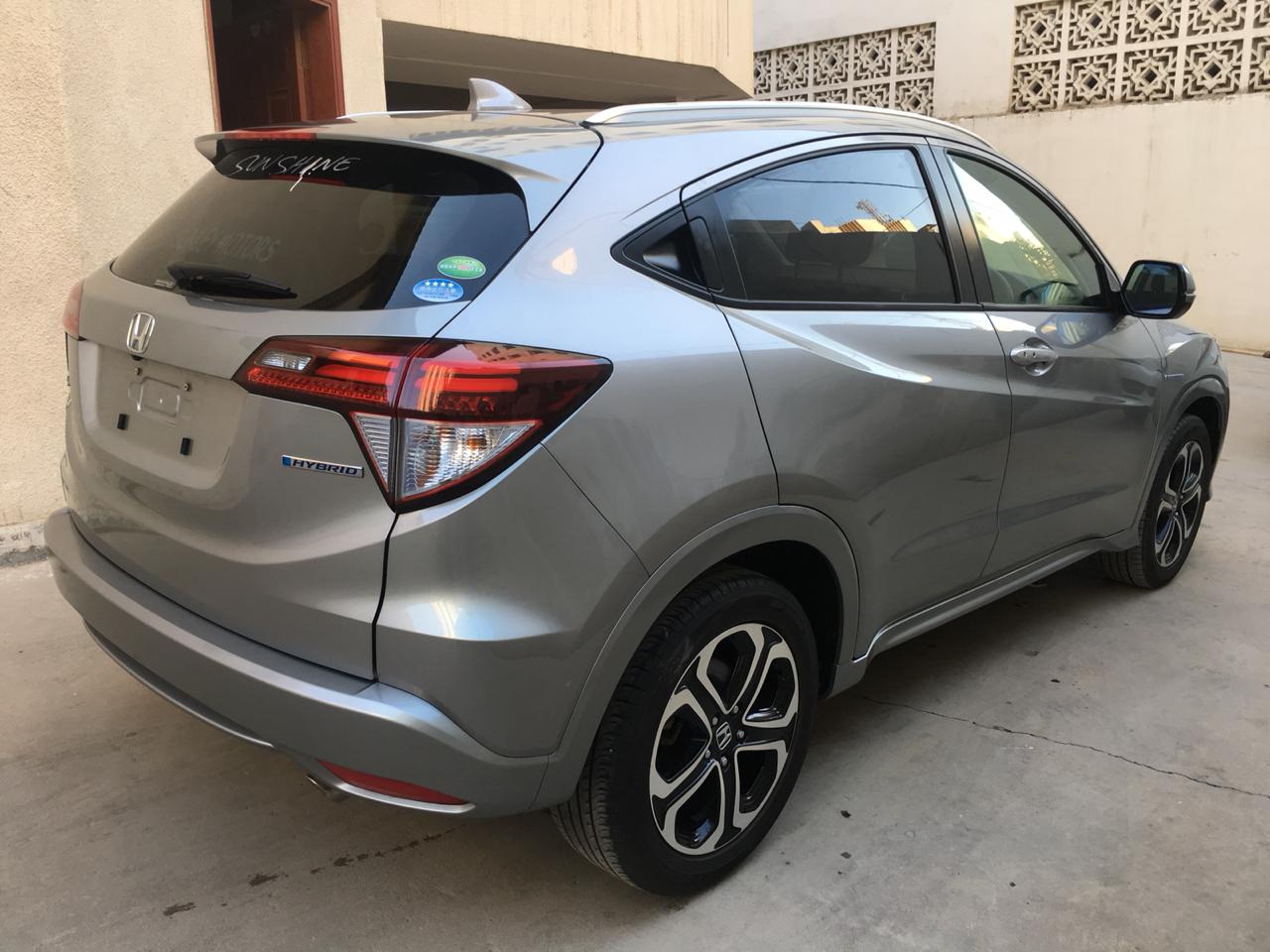 The price of the Honda Vezel varies on the basis of the chosen variant and import schedule. However, you can find a decent Honda Vezel for your use in PKR 20 lacs – 60 lacs.

As a perfect competitor to Toyota Aqua, Honda Fit is one of the demanded choices of Honda lovers in Pakistan. Honda Fit comes with a powerful engine and premium interior design. The car has its own advantages over other market competitors. 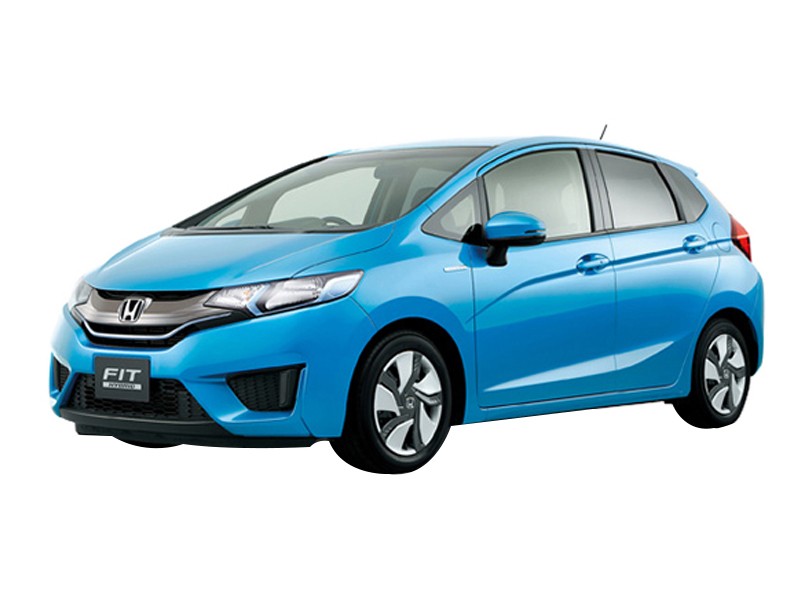 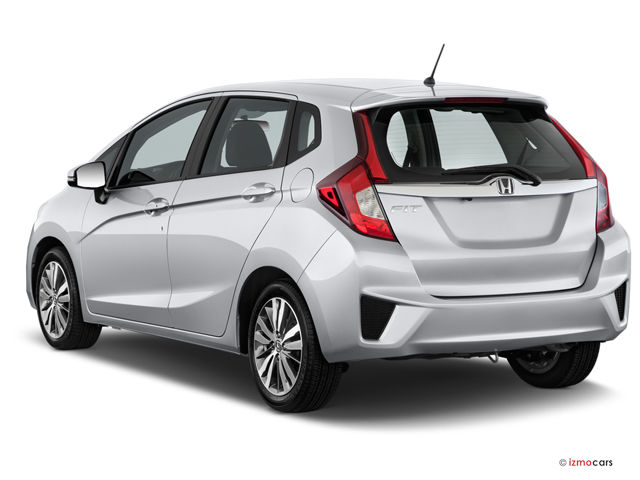 The price tag of Honda Fit varies depending upon the model year and import status. You can easily find a used Honda Fit between PKR 15 lacs to 33 lacs.

On the list of the 5 best hybrid cars, the Toyota Axio hybrid does not date back as far as the other hybrids in Pakistan. However, it is becoming popular in the local market as a compact hybrid sedan. Axio represents a decent design on the outside as well as on the inside. The car is a great choice for families. 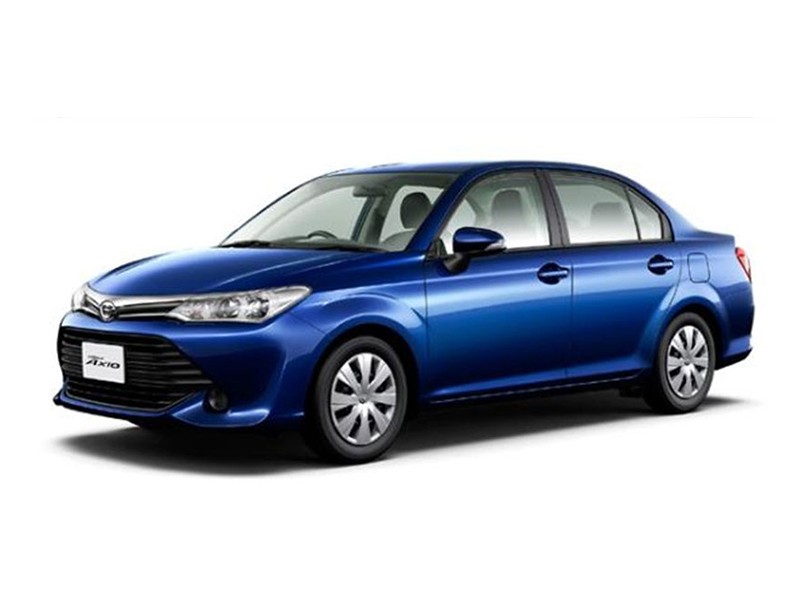 Toyota Axio comes with a powerful 1500cc engine supported by Toyota’s Hybrid Synergy Drive battery pack. The 1.5L engine is capable of producing a maximum power output of 99 hp. You can find an automatic CVT transmission system with an electric power-steering for a smooth driving flow. We can expect Toyota Axio to grab further attention of the local consumer market in the upcoming year. 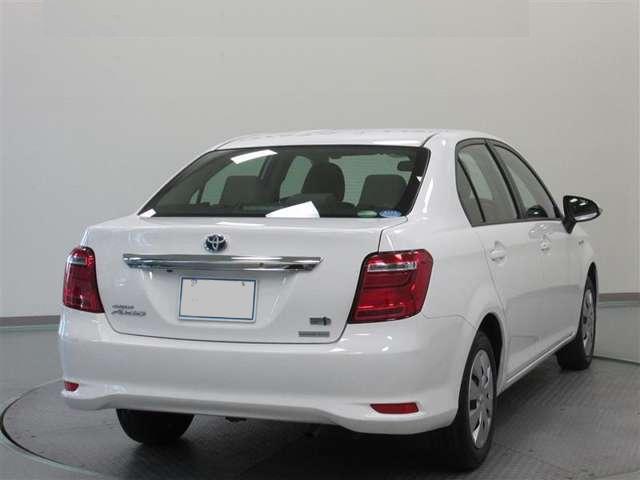 If you are in search of a perfect hybrid sedan for your family, Toyota Axio can serve the purpose very well. You can find Axio in Pakistan within a price range of PKR 20 lacs to 30 lacs.

The Success of Hybrid Vehicles in Pakistan

The above-listed 5 best hybrid cars have served as the gateway to bringing more hybrid automakers to the country. Initially, the hybrid car market suffered in Pakistan because of several issues at hand. Most of the reported concerns highlighted the lack of maintenance capabilities within the local auto market. However, in a limited time span, these hybrid companies established their feet firmly and ensured quality maintenance services locally.

If we look at the hybrid car market scenario today, we can clearly observe the shift in buying behaviours of the local auto consumer markets. People, nowadays, prefer to invest in hybrid cars due to their eco-friendliness and fuel-efficient performances.

We may also be able to see new hybrid cars in the year 2021 in Pakistan. We will keep you updated with all the latest news and updates from the local automobile industry. Stay tuned!

Which car is best for fuel economy in Pakistan?

Which is the most reliable hybrid car in Pakistan?

Toyota Prius is one of the most reliable hybrid cars in Pakistan. The 1.8L hybrid car is highly successful in the local market with a great fuel average of 26KM/L.

Is a hybrid car worth buying?

Hybrid cars are great in terms of fuel economy. If you are looking for a powerful driving experience while maintaining a decent fuel economy, hybrid cars can be an ideal choice for you.

Which Japanese car is best in Pakistan?

Hybrid cars have gained great success in Pakistan owing to lower fuel consumption and a powerful riding experience. Toyota Prius and Toyota Auqa are one of the most popular choices among imported Japanese cars.