5 August 2021 will mark the grim milestone since a renewed assault was made on the rights of the people of Jammu and Kashmir by the Government of BJP in India. Due to unilateral and illegal actions of the BJP Government on 5 August 2019, people in the Indian Illegally Occupied Jammu and Kashmir (IIOJ&K) have been living in constant fear and trepidation. Sadly, every day is a day of mourning for some Kashmiri families. An incessant reign of terror has been unleashed by the Indian forces in World’s highest militarized zone on earth, i.e., the Occupied Jammu and Kashmir.

Before I dissect the series of illegal actions perpetrated by the Indian Government in Jammu and Kashmir on 5 August 2019, let me give you a brief run down of the history of the Kashmir dispute. For starters, Jammu and Kashmir is an internationally recognized dispute and the unfinished agenda at the United Nations. This is also the core political dispute between India and Pakistan since 1947, hampering peace and stability in South Asia. India’s illegal and forcible occupation of the State of Jammu and Kashmir in 1947 is the main cause behind this dispute. Indian claims of ‘signing’ the controversial document of Instrument of Accession, on 26 October 1947 with the Maharaja of Kashmir remains highly questionable as discussed in my earlier article last year on 22 October 2020. 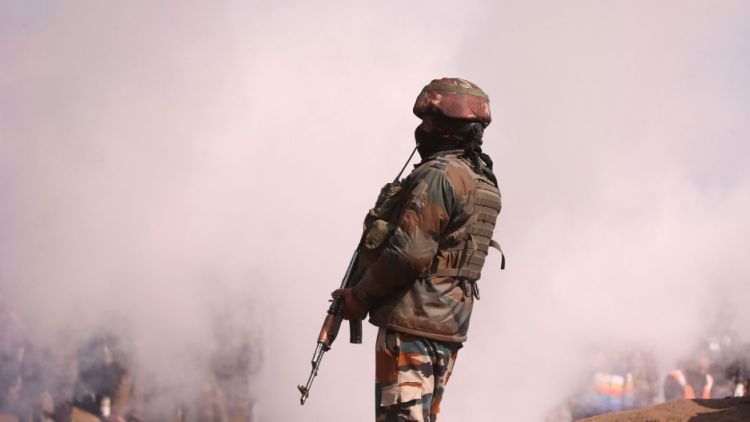 The UNSC Resolution of 21 April 1948–one of the principal UN resolutions on Kashmir—stated that “both India and Pakistan desire that the question of the accession of Jammu and Kashmir to India or Pakistan should be decided through the democratic method of a free and impartial plebiscite”. Subsequent UNSC Resolutions reiterated the same stand.

UNCIP Resolutions of 3 August 1948 and 5 January 1949 reinforced UNSC resolutions. On 5 January 1949, the UNCIP concluded that “the question of accession of the State of Jammu and Kashmir to Pakistan or India would be decided through the democratic method of a free and impartial plebiscite”.

The Organisation of Islamic Cooperation (OIC) has also passed several resolutions since 1990 calling for peaceful resolution of the dispute according to UN resolutions.   However, India remains unwilling to provide the right to self-determination to the people of IIOJ&K because it knows that the people of J&K would give their verdict in favour of Pakistan.

Indian Constitution was promulgated in January 1950. Through the inclusion of Articles 370 and 35A into its Constitution, India acknowledged the unique status of the state of Jammu and Kashmir and accepted a semblance of autonomy to the people of Jammu & Kashmir. These provisions were incorporated as an assurance that the J&K was a disputed territory and its final solution was awaited.

Since 5 August 2019, over 390 Kashmiris have been martyred by the Indian Occupation Forces in IIOJK. During this year (2021) alone, the Indian Occupation Forces have extra-judicially killed 85 innocent Kashmiris including young boys and women; arbitrarily arrested and detained 537 Kashmiris; and destroyed 31 houses of Kashmiri people. The international community has criticized the illegal Indian actions and United Nations and other human rights organizations have issued several reports compiling the instances of systemic human rights violations in the Indian Illegally Occupied Jammu and Kashmir.It is important to remember that through its numerous resolutions, the United Nations Security Council affirmed that any unilateral attempt by “the parties concerned” to “determine the future shape and affiliation of the entire State of Jammu & Kashmir or any part thereof would not constitute a disposition of the State” and that “the final disposition of the State of Jammu & Kashmir will be made in accordance with the will of the people expressed through the democratic method of a free and impartial plebiscite conducted under the auspices of the United Nations”. All actions by the Indian government since 5 August 2019 constitute not only the violations of the several UN resolutions but also the Geneva Conventions which call against any demographic changes in the territory under occupation.

August 5, 2021 marks the second anniversary of the illegal and unilateral actions of the Indian government in an internationally recognized disputed territory of Jammu and Kashmir. We appreciate the constant support of the Government and people of Azerbaijan to stand with the cause of Kashmir at all international fora. As the people of Azerbaijan are rejoicing the freedom of their territories from foreign occupation, we hope soon the people of IIJO&K will also be able to celebrate their freedom from alien domination and illegal foreign occupation.

Note: The above article was originally published by Eurasia Diary on August 5, 2021.