5 Best Pakistani Movies 2021 That You Should Not Miss

Pakistani Movies That You Shouldn’t Miss! 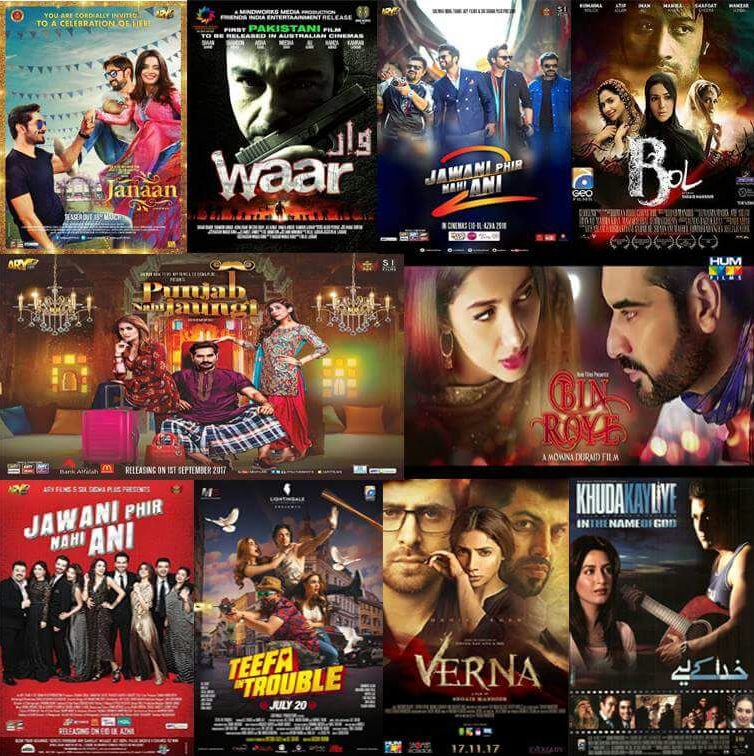 Bol movie was released on 24 June 2011. The movie has touched on a lot of issues that prevail in society. Humaima Malik is playing a strong female character of Zainub Khan against male dominance and manipulated Islamic principles. It has made a business of Rs16.80 crore worldwide.

Ahsan Rahim directed this film and released it on 20 July 2018. It is a romantic comedy filled with action. The story revolves around a middle-class orphan boy who works for Butt Sahab. He ordered Teefa to kidnap his friend Bonzo’s daughter from Poland for his son, Billu. It is still marked as one of the best Pakistani movies in 2021.

One of the highest-rated films of Pakistan is Jawani Phir Nahi Aani, starring Humayun Saeed, Hamza Ali Abbasi, Ahmad Butt, Sohai Ali Abroo, Javed Sheikh, and many other well-known actors. It made a business of Rs494.4 million. The popularity is the reason why producers released Jawani Phir Nahi Aani 2 in 2018.

From one of the few animated movies for kids in Pakistan, Donkey King has a dignified place that is funny yet targets societal issues in a lighthearted and comic way. Thus, it is a favorite of many children and most adults too.

Talal Farooqi
I'm a mass media graduate with a great deal of interest in blogging and copywriting. I'm told that I'm good with words. So, feel free to check out my work and I hope you have a good time reading my pieces of writing.
Share
Facebook
Twitter
Pinterest
WhatsApp
Previous articleArmy collapses like sand-wall if not backed by the Nation, believes General Qamar Bajwa
Next articleBol Movie Review – The Fans Still Remember The Masterpiece After Years

How To Get E-Stamp Paper in Punjab – Complete Details

NCOC Online Portal for Self Reporting by Schools – Complete Details