ISLAMABAD, Pakistan: The Minister for Interior Brigadier (retd) Ijaz Ahmad Shah has told the National Assembly that 35.16 percent crime has been decreased in the Federal Capital in the last six months as compared to the previous year.

In a written reply to a question by Gul Dad Khan, the interior minister told that House that there has been no increase in ratio of crime in the Islamabad Capital Territory (ICT). 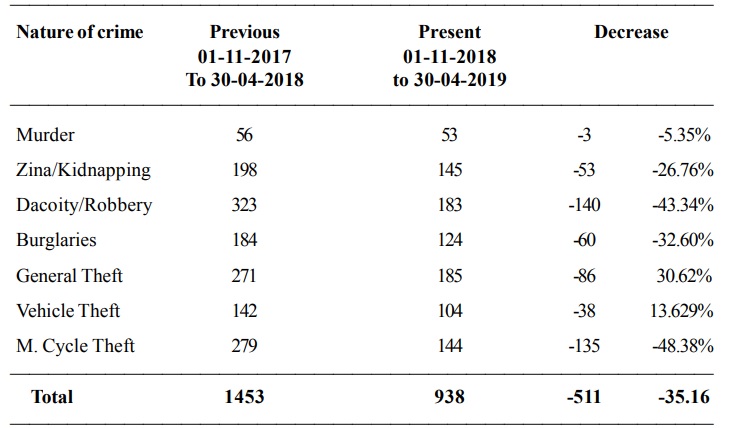 Moreover, the minister told that following steps have been taken by the ICT Police in order to eradicate the said crime within Islamabad:—