26th anniversary of Independence Day of Uzbekistan celebrated in Islamabad

ISLAMABAD, Pakistan: The 26th anniversary of Independence Day of Uzbekistan was celebrated in Islamabad.

The Ambassador of Uzbekistan in Pakistan His Excellency Furqat Sidiov hosted a reception in Islamabad to celebrate 26th anniversary of Independence Day of Uzbekistan. The Federal Minister for Privatisation Daniyal Aziz was the chief guest of the event.

The reception was attended by a large number of diplomats, high civil and military bureaucrats, member of Pakistani parliament and leading personalities of capital of Pakistan. 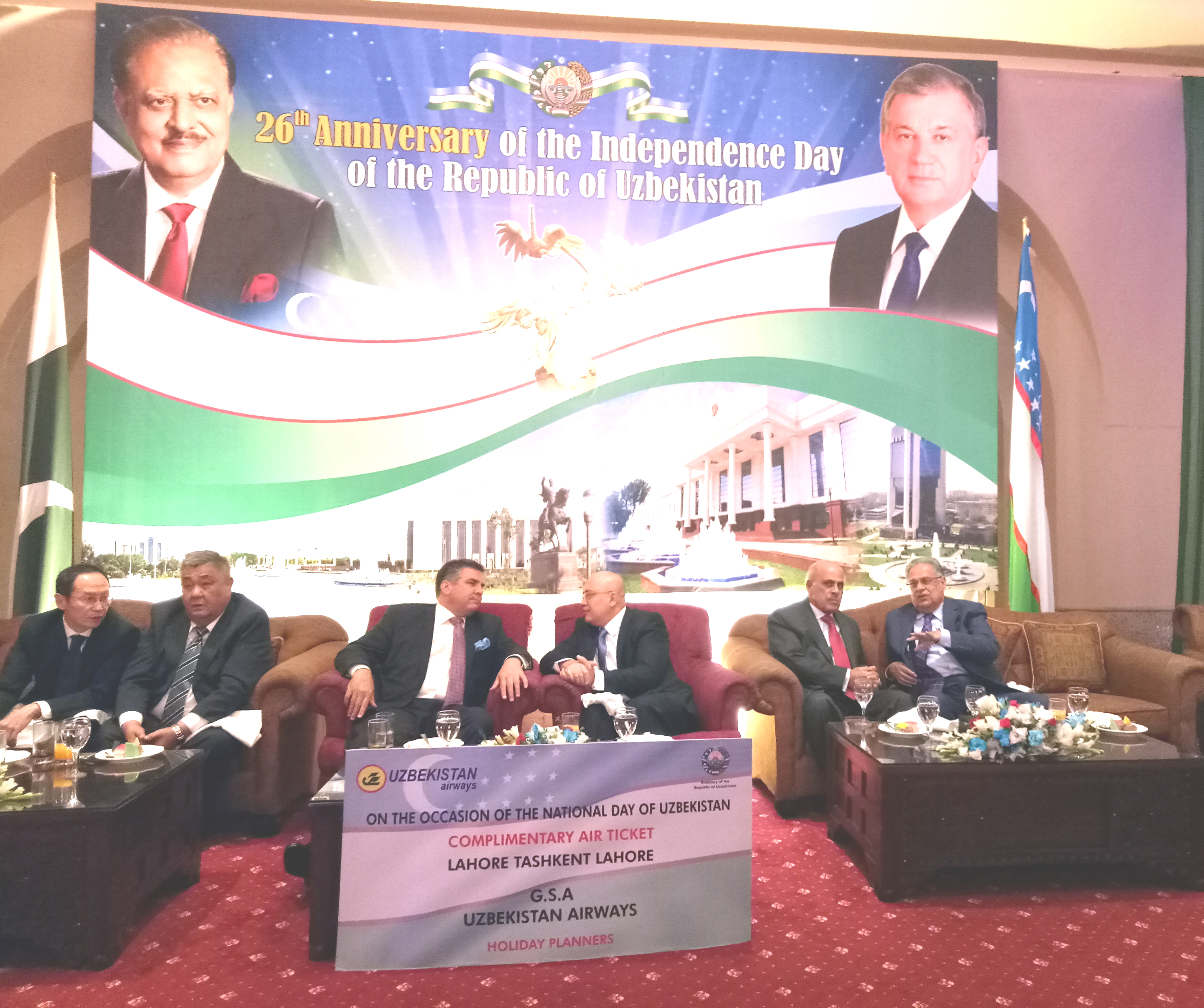 Talking to Dispatch News Desk (DND) News Agency, the Uzbek Ambassador in Pakistan His Excellency Furqat Sidiov vaiz Rasheed was of the view that people of both the countries had a long history affection and cultural interaction spreading over several centuries. He added that Uzbekistan is the only country of Central Asia which is directly connected with Pakistan through state run Uzbek Air and this initiative was taken by Uzbek government to operate flights between the two countries to boost people to people relations.

He stated that both the countries are working closely to increase trade, tourism and people to people contact.

It may be mentioned that Uzbekistan became an independent country when it declared independence and September1, was proclaimed the National Independence Day.

Talking to DND News Agency at reception, guests while commenting on Uzbek development said that Uzbekistan is achieving its goals though its robust economy.