ISLAMABAD, Pakistan: A total number of 243.76 million trees were planted from Monsoon 2018 to Monsoon 2019 under the Ten Billion Tree Tsunami Programme as part of Prime Minister’s Green Programme Initiative, the National Assembly was told.

Replying to a question in the House on Friday, the Minister of State for Climate Change Zartaj Gul told that 147.32 million trees were planted in Khyber Pakhtunkhwa, 38.69 in Punjab, 32.50 in Sindh, and 13.92 in Azad Jammu and Kashmir (AJK) during the said period. 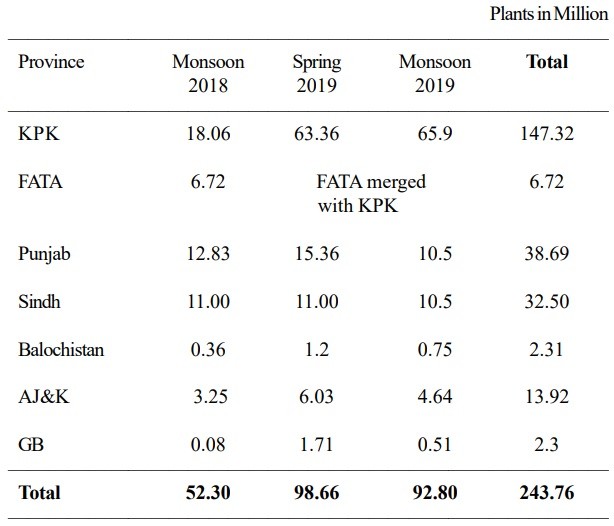 The minister also told that the plantation target for Spring 2020 was fixed as 240 million plants.

Zartaj Gul said that an amount of Rs 7.146 billion was released to provinces/territories under the Ten Billion Tree Tsunami Programme. 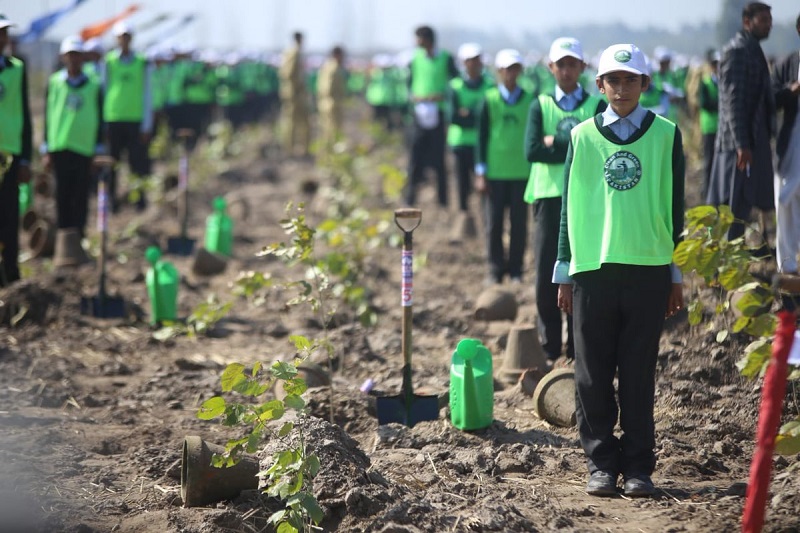 Apprising about the criteria of selection fixed for the areas for planting trees, the minister told that the provinces/territories selected sites for planting/regeneration on the basis of following priority areas: