The 22nd martyrdom anniversary of Havaldar Lalak Jan Shaheed, the recipient of Nishan-e-Haider, was observed on Wednesday at his native town Ghizer in Gilgit-Baltistan. 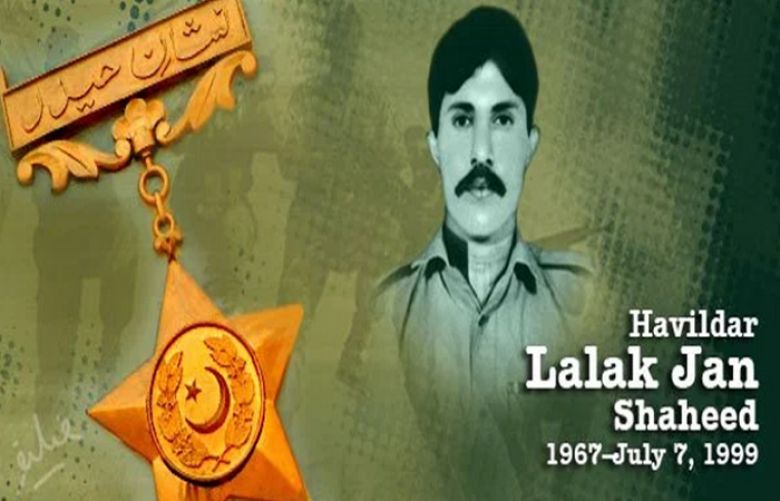 A wreath-laying ceremony was held to pay homage to the supreme sacrifice of the valiant son of the soil in the line of duty to safeguard Pakistan’s territorial integrity and sovereignty.

The people from various walks of life, civil & military officials, and relatives of Shaheed attend the ceremony.

Lalak Jan Shaheed was awarded the Country’s highest award Nishan-e-Haider for the devotion and courage, he showed in the Kargil war in 1999.

Meanwhile, in a tweet, the Director-General Inter-Services Public Relations (ISPR) Major General Babar Iftikhar said that the nation pays homage to Havaldar Lalak Jan, who laid his life while defending the motherland against high odds in the most challenging battlefield environment during the Kargil conflict.

The director-general ISPR said that Lalak Jan Shaheed’s fortitude and selflessness will keep inspiring the indomitable defenders of Pakistan for times to come.