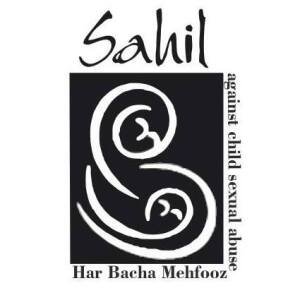 ISLAMABAD, Pakistan: A total of 2,211 cases of child abuse were reported from across Pakistan from January to June 2022, revealed a data compiled by Sahil, an organization working against child sexual abuse.

This year 81 daily national and regional newspapers monitored during the period of January-June 2022 to collect the statistics of child sexual abuse, abduction, missing, and the cases of early marriages.

Sahil’s Six Months Cruel Numbers data shows that a total number of 2,211 cases of child abuse were reported from across the Country during the period.

The Sahil’s report was compiled on bases of the data collected from 79 different newspapers of all four provinces including Islamabad Capital Territory (ICT), Azad Jammu and Kashmir (AJK), and Gilgit Baltistan (GB).

In the first six months of January-June 2022, 1,170 cases of child sexual abuse, 803 cases of abduction, 212 cases of missing children, and 26 cases of child marriages were reported.

The statistics from January to June 2022 shows that 12 children were subjected to sexual abuse on average every day as compared to 10 children per day in the last year January-June 2021 report.

In the year 2022 from January to June, the abuser involved in 47% of the total cases were acquaintances, 18% cases were strangers while in 9% acquaintance along with stranger were committed crime against children.

This year out of the total 2211, reported cases, 52% cases from urban areas and 48% cases from rural areas.

Sahil is an organization that is working to develop a protective environment for children free from all forms of violence especially child sexual abuse.

Sahil has been working since 1996 on child protection, especially against child sexual abuse. It aims to develop a society and environment where every child should be safe, secure, and protected, especially from sexual abuse. Sahil also provides legal, emotional and psychological support to the victims.

Mati
Mati-Ullah is the Online Editor For DND. He is the real man to handle the team around the Country and get news from them and provide to you instantly.
Share
Facebook
Twitter
Pinterest
WhatsApp
Previous articleChehlum of Imam Hussain: Iraq to facilitate Pakistani Zaireen, assures Embassy
Next articlePresident for shielding the farmers from crop failure, calamity-induced losses