ISLAMABAD, Pakistan: The Pakistan Electronic Media Regulatory Authority (PEMRA) has served show cause notices to 22 Television Channels for their marathon and irresponsible coverage of a terrorist attack on the Chinese Consulate in Karachi.

Earlier in the morning, terrorists targeted the Chinese Consulate in Karachi’s Clifton area but the security forces foiled the attack. Seven persons including two police personnel were martyred in the attack, assuring that all Chinese at the Consulate remain safe.

In its notices issued on Friday, the PEMRA said that such extensive coverage of the terrorist attack by Television Channels was a violation of its Rules and the Electronic Media Code of Conduct 2015.

The PEMRA said that on several occasions in the past, it had directed the Television Channels to be careful in covering terror-related incidents because they create fear among the public.

The authority asked TV Channels to submit their replies by November 30, 2018; others, it reserves the right to initiate an action against TV Channels for not complying by the orders. 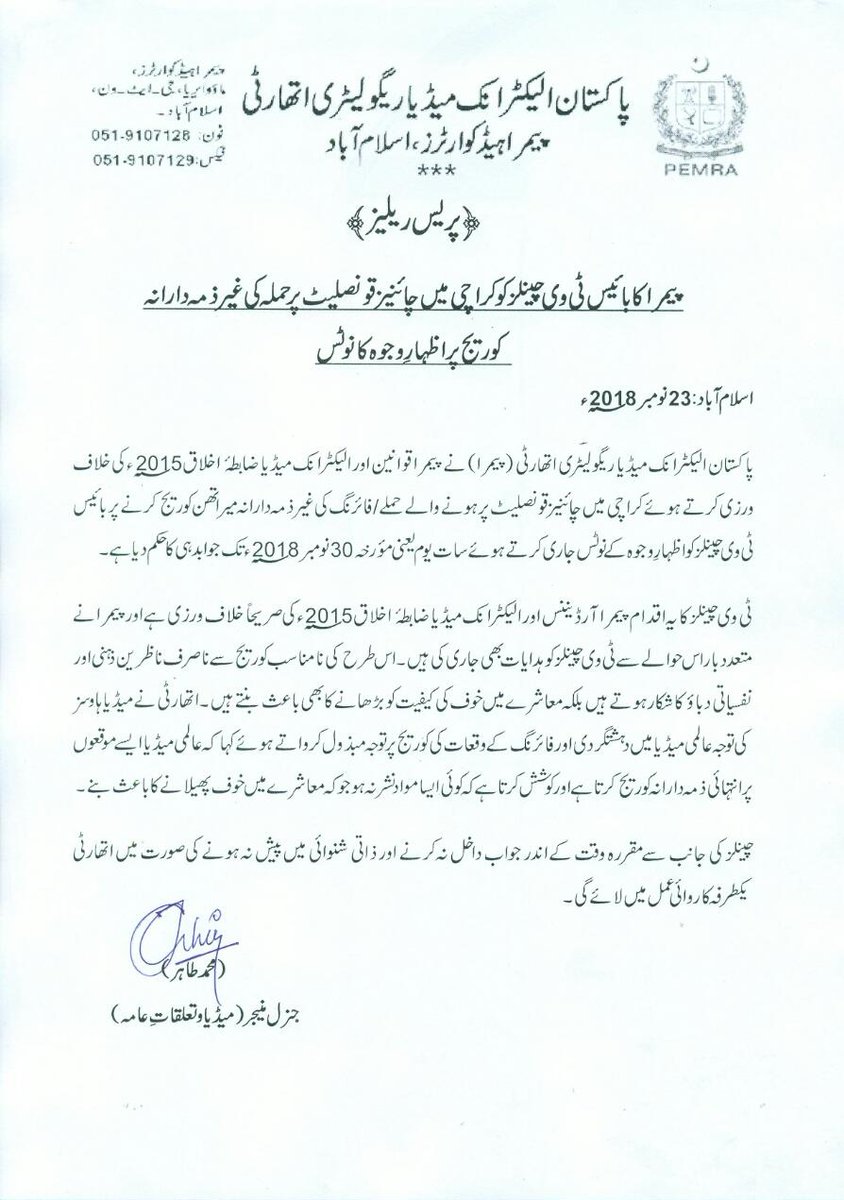 Mati
Mati-Ullah is the Online Editor For DND. He is the real man to handle the team around the Country and get news from them and provide to you instantly.
Share
Facebook
Twitter
Pinterest
WhatsApp
Previous articleSimSim Pakistan Organizes Rs 1 Shopping Fest; Sells Xbox 360, iPhone & PS4 for Rs 1 only
Next articleNational security has become very complex & multi-faceted undertaking: President