ISLAMABAD, Pakistan: President Mamnoon Hussain on Monday administered the Oath to a 21-member Federal Cabinet including five advisors at a Simple Ceremony held at the Aiwan-e-Sadr in Islamabad. 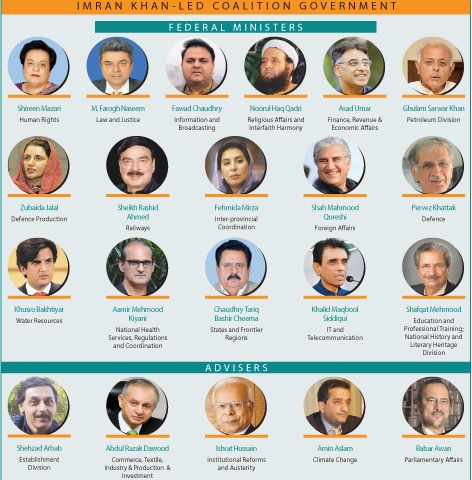 Mati
Mati-Ullah is the Online Editor For DND. He is the real man to handle the team around the Country and get news from them and provide to you instantly.
Share
Facebook
Twitter
Pinterest
WhatsApp
Previous articleBISE Lahore, Gujranwala, Rawalpindi SSC-I (9th) Class Result 2018
Next articleShah Mehmood Qureshi stresses need to revisit Pakistan’s Foreign Policy