2020 a year of tourism in Pakistan, says Atif Khan

ISLAMABAD, Pakistan: The Khyber Pakhtunkhwa Senior Minister for Sports, Tourism, Archaeology, Culture, Museums and Youth Affairs Muhammad Atif Khan, while announcing 2020 is the year of tourism in Pakistan, vowed that Khyber Pakhtunkhwa would be introduced as a tourism brand to the world to attract more tourists and visitors to the province.

“The world has now admitted the fact that Pakistan, particularly Khyber Pakhtunkhwa is a safe and best place for tourism owing to the persistent efforts made being by the provincial government,” the senior minister said.

Speaking at an “Awareness workshop” held here on Tuesday, Atif Khan said the Khyber Pakhtunkhwa government was making strenuous efforts for the promotion of tourism in every nook and corner of the province. 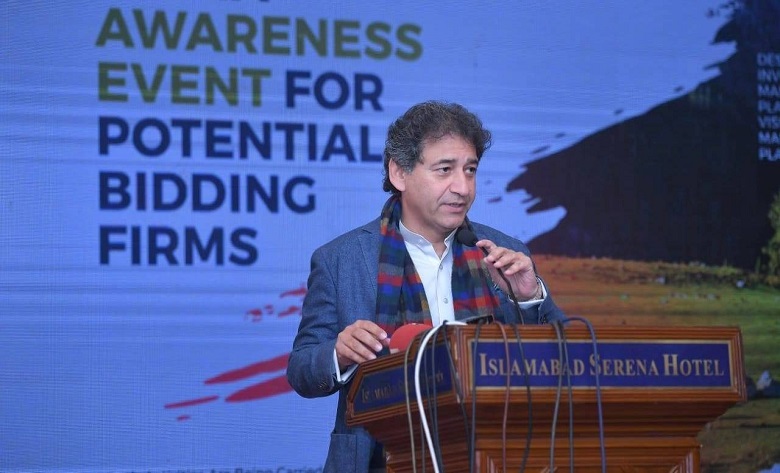 He said that work on the planning for the development and rehabilitation of four new tourist resorts, including Mankyal in Swat Valley, Thandiani in Abbottabad, Madaklasht in Chitral and Ganol in Mansehra, has been initiated.

He said that these tourist spots would be developed along modern lines to make the KP a hub of tourism for domestic and international tourists.

The senior minister briefed the stakeholders on the establishment of new tourist zones, investment opportunities in tourism-related projects, KP government vision on tourism, and the firms, which have evinced keen interest in the investment in tourism sector and bottlenecks in its way before investing capital, Terms of Reference (ToRs) and other matters.

Over 20 tourist spots, he said, have been identified in the province so far, which will be converted into tourist zones.

The tourist zones will be extended to the newly merged tribal districts for establishment of healthy atmosphere to generate livelihood opportunities there.

All facilities would be made available in the tourist zones, including international standard hotels, hospitals, filling stations, green belts, sports grounds, jeep tracks and facilities related to tourist activities.

The senior minister said that a conducive environment would also be created for the investment in three tourist sites of the province, including Kumrat in Upper Dir, Kalam in Swat Valley and scenic Chitral district.

He said tourism is a key driver for socioeconomic progress and building a soft image of the province and its people.

“Khyber Pakhtunkhwa has abundant tourist spots and tourism potential but they need to be explored, developed and introduced at global level to lure more visitors,” the senior minister told the participants.

He said a number of foreign delegates, tourists and visitors also enjoyed stay at KP scenic resorts, officials of the department participated in a number of national and international tourism expos, seminars and workshops to promote tourism, installed camping pods in Gabin Jabba in Swat and Bamburet in Chitral while work is going on the same in other tourist destinations.

Mati
Mati-Ullah is the Online Editor For DND. He is the real man to handle the team around the Country and get news from them and provide to you instantly.
Share
Facebook
Twitter
Pinterest
WhatsApp
Previous articleBlast in Quetta, two killed
Next articleUkraine to erect Monument of Azerbaijani poet & thinker Nizami Ganjavi