ISLAMABAD, Pakistan: The number of containers arriving at the Pak-Afghan border on a daily basis in September 2020 was 1,058 which has now increased to 1,870, the Officials of the Federal Board of Revenue (FBR) told the Meeting of the Executive Committee of the Pak-Afghan Friendship Group.

The Meeting was held in Islamabad on Wednesday with the Speaker National Assembly Asad Qaiser in the Chair.

During the meeting, the Speaker expressed satisfaction over the progress made in Pak-Afghan bilateral trade in recent months.

The Speaker said that steps will be taken on a priority basis to meet the target of increasing the volume of bilateral trade and the arrival of 2,000 containers on the Pak-Afghan border. 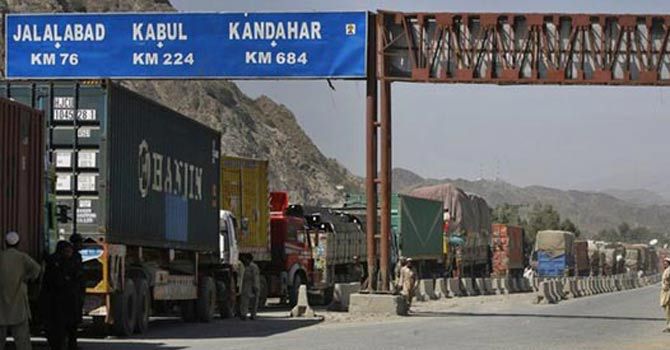 Asad Qaiser directed the FBR to complete the process of clearance of containers on the border within a week. He also directed to ensure the presence of FBR Staff at Ghulam Khan, Angroor Adda, and Kharlachi.

The National Assembly Speaker said that immediate steps will be taken for the construction of Branches of Commercial Banks at Angoor Adda, Ghulam Khan on the Pak-Afghan border.

The Speaker directed that a briefing be given to the Committee about the progress on clearance of containers carrying sugar on the border.

The FBR Officials told the meeting that a joint team of the National Bank and the State Bank will visit Ghulam Khan and Angroor Adda on October 8 and 9.

The National Assembly Speaker also issued directives to refer the matter of demerge charges to the Economic Coordination Committee (ECC).

In addition, he directed to complete the construction of Consulate Hall at the Pakistan Embassy in Kabul at the earliest.

Mati
Mati-Ullah is the Online Editor For DND. He is the real man to handle the team around the Country and get news from them and provide to you instantly.
Share
Facebook
Twitter
Pinterest
WhatsApp
Previous articleAyeza Khan Slays Fans in Her Latest Stunning Photoshoot – Pictures Inside!
Next articleCOMSTECH announces award winners of Year 2019