Monitoring Desk: At least 14 civilians killed and 15 others were wounded in an attack on Kabul hospital today afternoon.

According to the Guardian, several terrorists attacked a hospital in Kabul where the international humanitarian organisation Médecins Sans Frontières (MSF) runs a maternity clinic, killing mostly women and newborn babies.

Eyewitnesses claim that 15 persons mostly women got critical injuries in an attack on the Dasht-e-Barchi hospital. Attackers wearing police uniforms entered the hospital by throwing grenades and shooting at guards.

It is pertinent to mention that area of Dasht-e-Barchi hospital belongs mostly to Hazara community which is under attack in Afghanistan and Pakistan by Daesh– the so-called Islamic State. Over 5,000 Hazara Shia had been the victim of Daesh attacks in Afghanistan during the last five years.

14 civilians were martyred and 15 others were wounded by terrorists in attack on Kabul hopital. pic.twitter.com/lxeEJJ5n8e

Dasht-e-Barchi State Hospital is situated in Dashte Barchi settlement which is located in western Kabul, Afghanistan.

Dashte Barchi was developed as a residential area in the early 2000s by ethnic Hazaras internal migrants from Maidan Wardak, Ghazni, and Parwan provinces.

14 civilians were martyred and 15 others were wounded by terrorists in an attack on Kabul hospital. 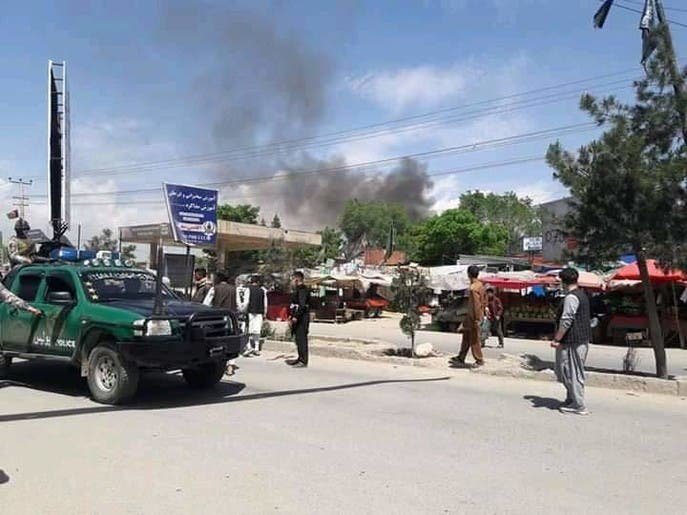 Foreign Office of Pakistan in a statement strongly condemned terrorist attacks on a medical facility in Kabul and funeral in Nangarhar.

Pakistan strongly condemns the inhuman and cowardly terrorist attack on a medical facility in Kabul and a suicide attack on a funeral in Nangarhar province, resulting in the loss of so many precious lives. These terrorist acts are particularly despicable as they take place in the holy month of Ramzan and at a time when Afghanistan is grappling with Covid-19 pandemic.

We extend heartfelt sympathies and condolences to the families of victims and prayers for early recovery for those injured. Our thoughts and prayers are also with the Afghan people in this hour of grief.

Pakistan condemns terrorism in all its forms and manifestations and will continue to support a peaceful and stable Afghanistan.